‘People are sad a lot, it’s just a mood we have’

An interview with Eduardo Williams.
Most of the time you have no clue what the kids in Eduardo Williams’ films are actually talking about, but all of his films are intriguing. By combining surrealism and documentary and using different camera techniques, Williams creates his own unique atmosphere. After winning several awards and special mentions with his short films, he recently made his first feature ’The Human Surge’ that won an award at his world premiere at the Locarno Film Festival. Mister Motley talked with Williams about the cinematographic language in his shorts, the importance of diversity, and finding actors on Facebook.

Mathieu Janssen: Congratulations, your first feature film recently premiered at the Locarno International Film Festival. How was it to see the film for the first time on the big screen?
Eduardo Williams: I was really happy to finally see it in the cinema. I’ve watched every scene on so many computers, and on so many different small screens.

MJ: I noticed that in your short films there are a lot of kids spending time looking at small screens. It always looks kind of lonely: the blue light from the displays, nobody talking, just the background buzz of a computer or a refrigerator.
EW: I actually like people that are looking at screens. There are so many things happening when you look at a screen, but they happen inside you. 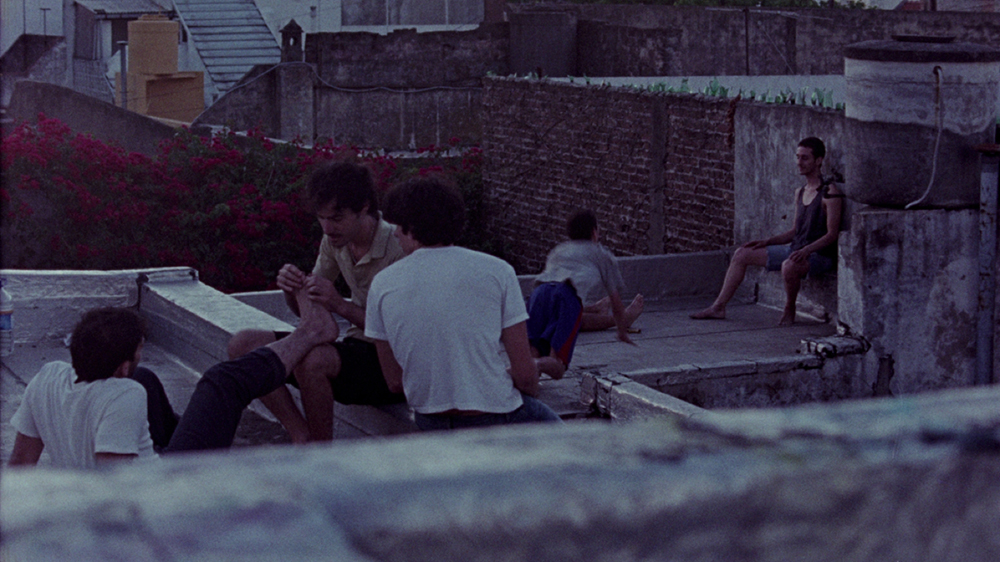 MJ: Most scenes in your films take place outside though, with groups of kids hanging out in often fascinating and beautiful locations. When I watch your shorts I keep wondering: where did you find all these locations? And how did you meet these kids? For example, the scene in I Forgot, where kids in Vietnam are doing parkour in a big empty housing block.
EW: Well, I found these actors on Facebook actually. I just typed ‘Hanoi’ in the search bar and started adding young people. Then I found these guys that said they were doing parkour, which I liked. When I arrived in Hanoi, one of these guys wanted to have a beer with us, and he introduced us to his friends, and showed us some places. Most of the locations in the film are places where they actually hang out; like the last scene in the empty apartment block, that’s a place where they do parkour more often. It’s a really big and abandoned housing project. Some locations we just discovered while driving around and some actors we accidentally met on the street. 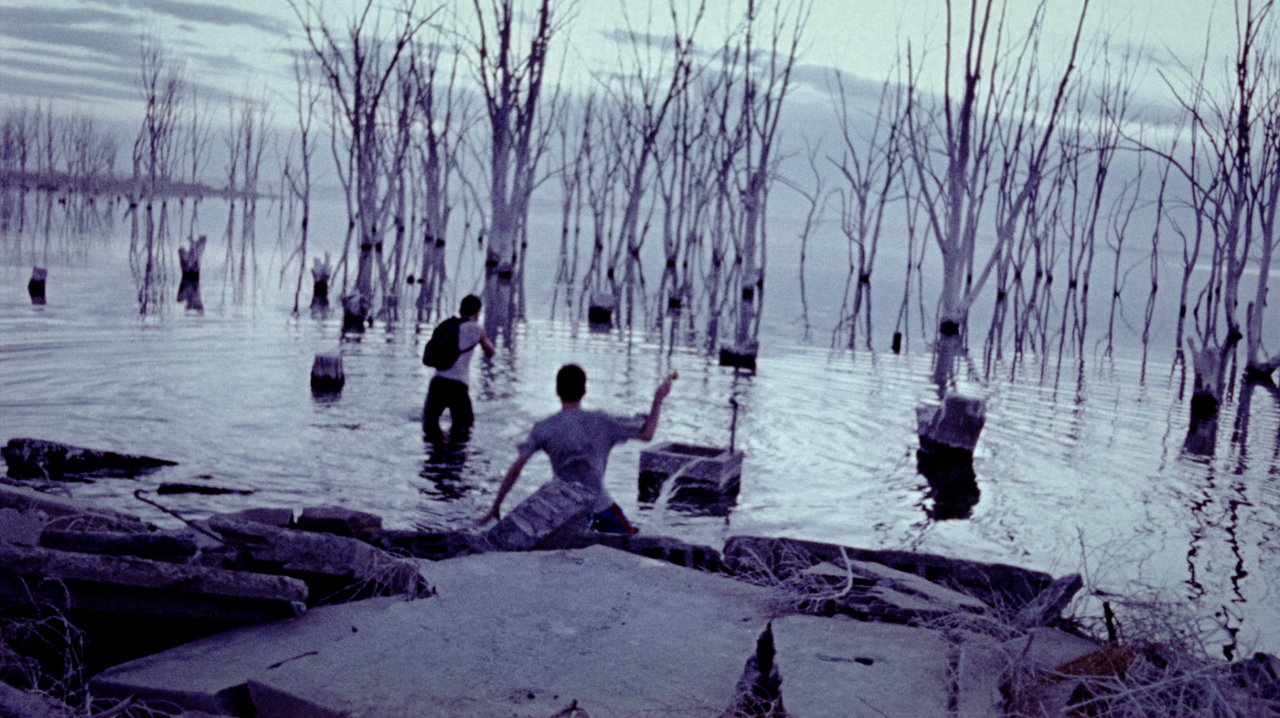 MJ: Like in ‘I Forgot’ when you follow the kids doing parkour it feels very much like a documentary. But at the end the camera just flies away, which creates this surreal atmosphere.
EW: Yes, I like these contrasts - the contrast between documentary and fantasy, but also between spectacular and boring. When the camera flies away, it’s kind of spectacular. You see everything from above all of a sudden. But at the same time it’s also a bit amateurish, and it gets boring. At first you think: ‘Wow, what’s happening here?’, and then time passes and it’s not spectacular anymore. 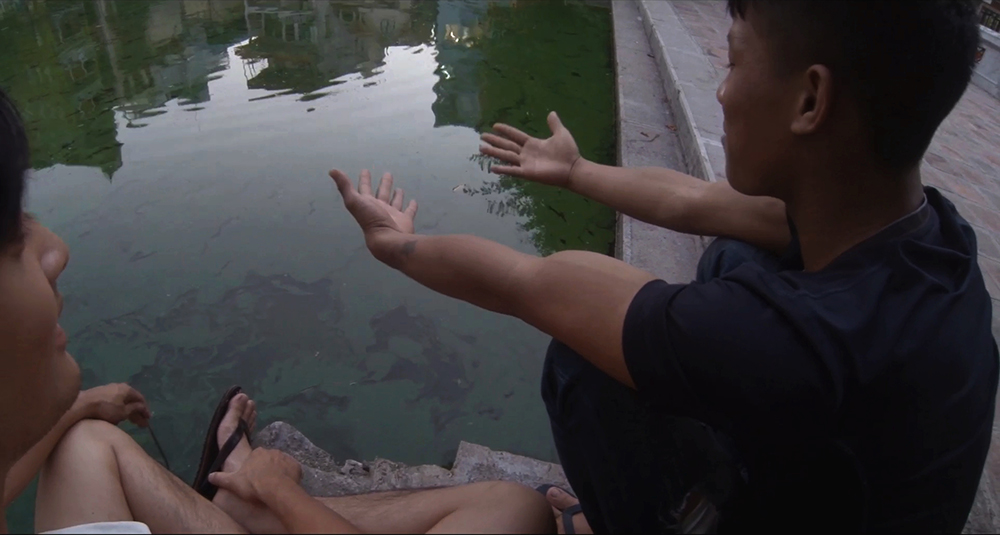 MJ: The kids in your film seem to be bored a lot - hanging out with friends without a real purpose - having a sad time together. Do you look at the world as a sad place?
EW: Yes and no. People are sad a lot, it’s just a mood we have. And of course everything has sadness, because without it there wouldn’t be happiness. It’s like you said: there is some sort of sadness, but they’re together, and they share their sadness - and when we share we always feel better. My films always show a mixture of feelings. I don’t believe in pure feelings, like whole sadness or whole happiness. Purity doesn’t exist. Sometimes you see a lot of bad things, and sometimes you see a lot of great things, and everything is real. It’s better to say they’re having a sad and happy time together.

MJ: Were you, in your own youth, one of those guys hanging around, looking for adventure.
EW: I’m not a group person, I usually have separate friends. I’ve asked myself why I film groups of people, and maybe the answer is that it’s something I want to have. But on the other hand I do film groups, but it’s in a personal way. The point of view can be just the mind of one person. This group that we see aren’t necessarily separate people, like ‘the funny one’, and ‘the smart one’, or something like that. You could also interpret them as different possibilities of the same person. 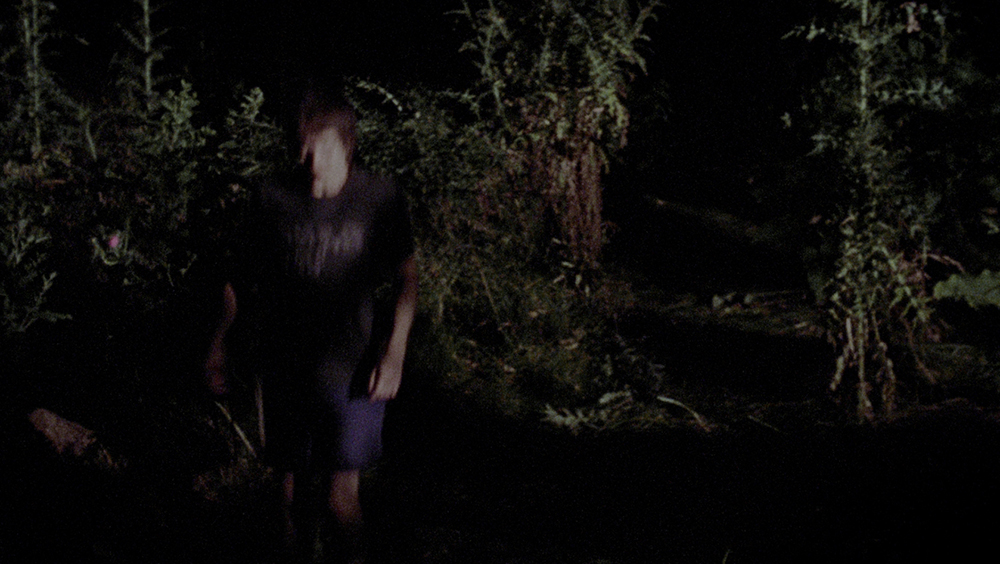 MJ: How would you describe the atmosphere in your films?
EW: I try not to think so much when making the film, and to just do it. I want to be part of what I want to show. I try to preserve this sort of unconscious or natural way of filming - a part of the atmosphere is the actual atmosphere while shooting the film. Most of the people in the films are not actors, and they play more-or-less in the same mode that we have behind the camera when we hang out. But this question has many answers, because atmosphere is everything: ideas, sensations, casual things, everything. But I could say that one of the things that gives atmosphere to my films is that I try to show a mixture of how the world is and how I’d like the world to be. I guess that this contrast is one of the opposites that give my films an organic tension.

MJ: Would you say your films have a message?
EW: I don’t feel very comfortable with slogans, or saying how I’d like the world to be. I’m not very touched by strong phrases. But if I have to point out a message, or a way I’d like the world to be, the answer would be ‘diversity’. Something has to be diverse to be a stable organism, and not be stuck in an idea of eternal stability. But I don’t think I have a good idea of how the world should be, neither do I have the fantasy of telling people something important of some sort of truth. I’m just sharing some thoughts in a horizontal way, and express them by internalising them in my images and creating some sort of experience.

MJ: In your films I heard kids talking about UFOs or seeing a satellite, and surreal things happen to them - like the ending of Could See A Puma. It makes me feel very small being a human in a big universe that I will never fully understand. Is that a feeling you share?
EW: I feel that absolutely, but as a good thing. It relieves me. I remember that when I was a kid I thought that humans were everything, the centre of the world. And at some point I discovered that there are other points of view. With one point of view we are everything, but with another we are nothing. This thought took some pressure off my life. The UFOs and other fantastic things give us the sensation that the whole system we live in can change in a surprising way. The fantasy that our belief system could collapse in a surprising way gives you a good feeling. For me diversity is always good. If you don’t believe that everything can change you just believe that things are how they are and.. I don’t believe in that.