Mikko Kuorinki: Somebody said she finds triangles scary I understand that

The work of Mikko Kuorinki consists of text and objects. Wooden piano keys, peanuts (with the shell still on), earplugs, an old espresso cup, a bullet proof transaction tray. The choice for these things in his work comes from an unexplainable fascination, sometimes inspired by a scene from a film or a phrase from a book that he needs to realize.

Kuorinki sees his work as traces or fragments of reality, as constellations of objects and words, where he is just documenting. Fascinated by the life span of an object and it’s different stages the objects can be unused, worn out, broken, fixed, handmade or factory built. Seemingly unrelated the objects are taken out of their usual, daily context, gaining a new kind of autonomy. This also occurs in the texts that he uses. The words that he collects are, like his objects, not explanatory, symbolical or representational but are rather treated as objects as well, listed as an inventory. 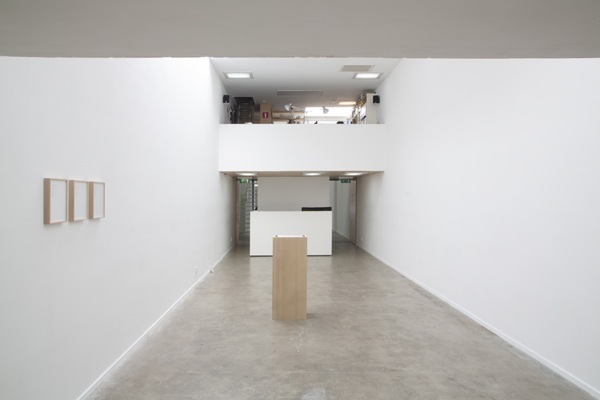 Both objects and words ask for a reconsideration of meanings and associations and demand a new way of looking at things. At the same time they are carefully put together, taking the space and shape of the space the objects are presented in as one other element that takes part in this new presentation, forming a scene together. We look at the objects with new respect, as if they are now part of some ritual or sacral ceremony. New stories are formed between the pieces while carrying along their cultural, social or personal histories provoking a chain of associations. An unstable boundary exists between the material autonomy of the object and it’s understanding as a sign.

Mikko Kuorinki lives and works in Helsinki and graduated as MFA at the University of Arts and Design in Helsinki in 2008. In 2011 he was artist-in-residence at the 1646 residency. 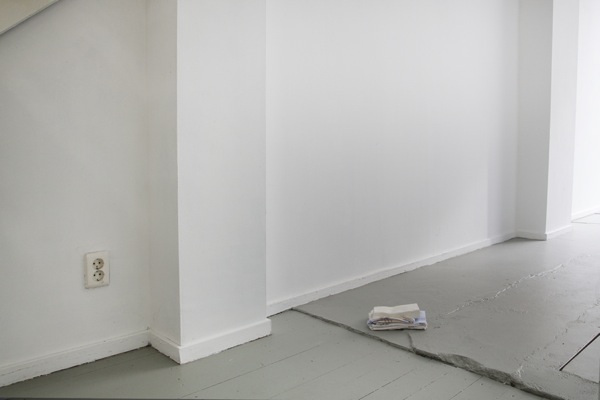