Almost all family albums are about the children. Nothing pleases parents more than to look at their children, take pictures of them and show these to other people. One of the most painful aspects of a divorce is that you can’t share you loving gaze for your children with a soul mate. All of those pictures generate the irreplaceable, unique parental love.

Kids hardly take pictures of their parents, and they surely don’t have a whole album full of them. Maybe as a present for their 25th anniversary, a jubilee or a retirement, but hardly to follow their ups and downs, or just to share pictures of them with others. Kids are a miracle to their parents, but parents are completely normal to their kids, and that’s visible in those pictures. When kids do take pictures of their parents, something special is happening, like a total disintegration of their existence. A series of strange pictures about a mom with an OCD is possible because of the intimacy of a family and because parents hardly say no. Parents end up in photo books, not in family albums.

Mom Dad is such a book. Two separate books in one cover by Terry Richardson. I’m doubting whether to buy it or not. The black cover isn’t very inviting and the seller of bookstore Donlon in London is discouraging me: “Now, his dad, he was a good photographer. But it’s a good investment, it’s out of print and it’s still in demand.” Then he shows his dads book with fashion photos. Bob Richardson was his time ahead. His pictures had something raw and taboo breaking in a time when fashion photograph still was stately, stiff and studio like. Dad Bob was known as a difficult, stubborn person with who working together was hard. Things had to be his way and there was no way that he would compromise. For four years Anjelica Huston (The Addams Family) was his girlfriend and model. He worked with big magazines like Vogue or Harper’s Bazaar and British GQ but there isn’t much left of his big, special oeuvre. The book that I’m holding is put together from archives of magazines. Back then the father was already schizophrenic from time to time and he lived on the streets for a while. That’s why his archive got lost. His son Terry got him back on track.

His son Terry also became a photographer, famous, even more famous then his dad.

Worldfamous. So the book about his mom and dad is selling well too. In interviews they praise the initmacy, but I see two old people, skin over bone, his dad in his paranoia and insanity and his mom partialy paralized after an accident. Pictures that revolt me. I don’t really like people without teeth from which you can almost smell decay. Still, I can’t get this book with these pictures out of my head, so the day before i go back to the Netherlands, I buy it. “Why?” The seller asks me. I don’t know.

‘When you fall you get back up,’ says one of the countless notes in the house of his dad. Optimistic, the fall will be inevitable and relentless. For everyone involved. 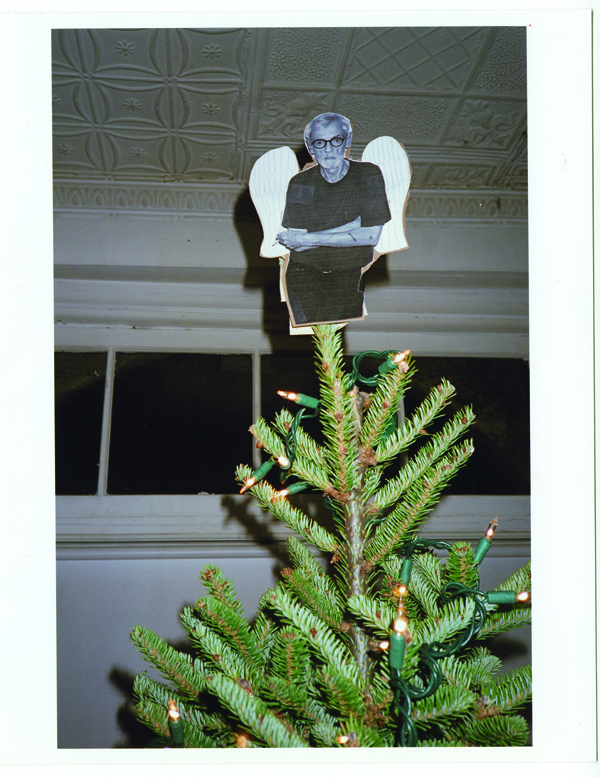 Becoming a photographer with such a famous dad is a challenge, but Terry made it. No matter how popular he is, his pictures are to slick for me. They’re trying to be different, but in a manner that they’re still accepted. They’re always with beautiful models, but they’re also hard and cold without any sensitivity and without anything captivating. Terry Richardson takes pictures of Daria Werbowy for the Russian Vogue or Maggie Gyllenhall for Miu Miu. Everything is shiny and sparkly. With a so called naughty look, just everything big brands want. A clear suggestion, but it’ll never get somewhere. Salon-avant-garde and bon bon-taboos. A lot of people think it means something, but it‘s as empty as fashion can be. The lightning is beautiful, just like the shoes.

Two black books. I keep starring at them. His mom is a skinny, bohemian lady who misses a front tooth. She is happy and embarrassingly exuberant. A beautiful portrait of a lady that’s becoming slightly mad, or maybe already is. Decay and neglectance. I don’t really get the impression that she wants to be on the pictures. She’s putting her middle finger up, she’s trying to hide and she’s ducking away. It looks like she is trying to put on silly faces to make things worse then they already are, just to hinder. Who would want to show their mum like this to the world? Almost always smoking, with pink sunglasses, uncovered boobs, jewellery and shawls.

Next to the harsh portraits there are still lives, old pictures of his mom in her youthful beauty. A black and white picture on a wall with a blown up rainbow and a compilation of pictures of her son, her ex and to top it all of a portrait of a poodle. The homesickness that generates from the pictures makes the book soft; it shows the longing for a time when the world was still friendly to them.

The book Dad shows a lot of notes and scribbles on walls and even on the metal borders of the balcony. ‘All that doesn’t kill us makes us stronger’, ‘sex is a consolation for misery’ and ‘Fuck you stupid’ is written on the window. The look of his dad is so intense that son Terry disappears and his dad looks straight at the viewer. There is a picture in which Terry leans against his father and closes his eyes. In that picture it looks like the warmth of his dads body is warming him up, and for a moment the roles are reversed. 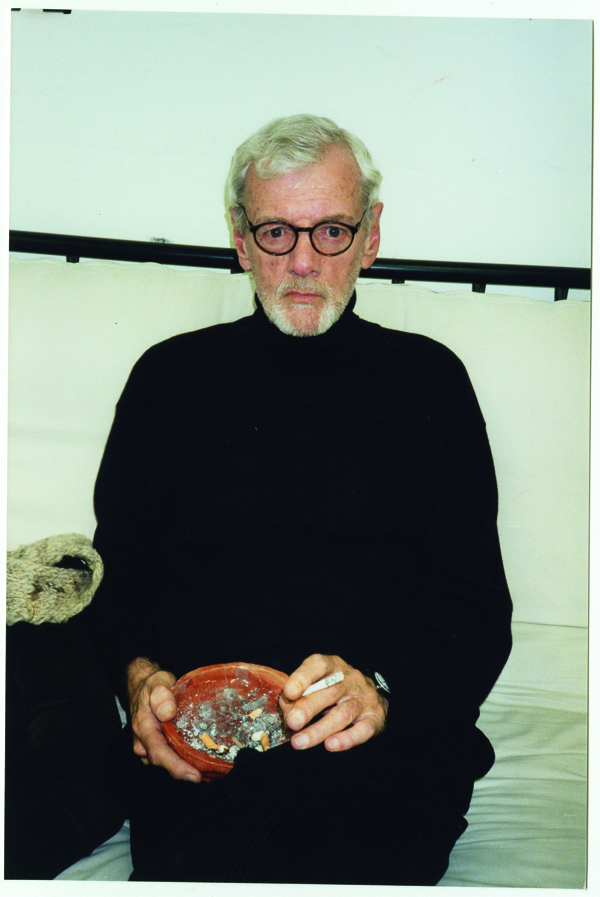 The reversal, that’s what it’s about. Parents, we parents, always start full of good hope at the life of a child, a task that we’ll never fulfil. We are coming short and we’re covering those short comings up. I don’t know anything about the youth of Terry Richardson. Ajelica Huston writes in an article because of the death of her ex-lover: ‘We were together for years. I remember we would take Terry on the weekends. He was like an angel, the coolest-looking kid, dressed up in denim, with shoulder length hair all blond and curly.’

Suddenly you can imagine the family album, the parents, still together, with their blond angel in their midst. It hurts.

In books parents are ran down ruthlessly, like in stories like Why be happy, When you could be normal. In pictures parents are dealt with even more brutally. Probably these series aren’t meant to be a atonment but they show shortcomings. In the gallery where the pictures where put up, voicemails of his dad played constantly, in which he told that he was really proud of his son Terry. You just have to deal with your parents. Our whole life we’re busy with our parents and their always the favourite subject of a conversation. The desiring and longing are hidden beneath that conversation. From time to time this also shows from underneath those black and whit pictures from long ago. In the longing for the past, in a time when a child was a child and everything would be fine. Parents and children.

‘Brutal honesty,’ that’s how the pictures are described in a review. But if you would take out these brutally-honest pictures, the only thing that’d be left would be compassion. With all three of them. Mom Dad would be about life as a big, hard, ruthless trap. 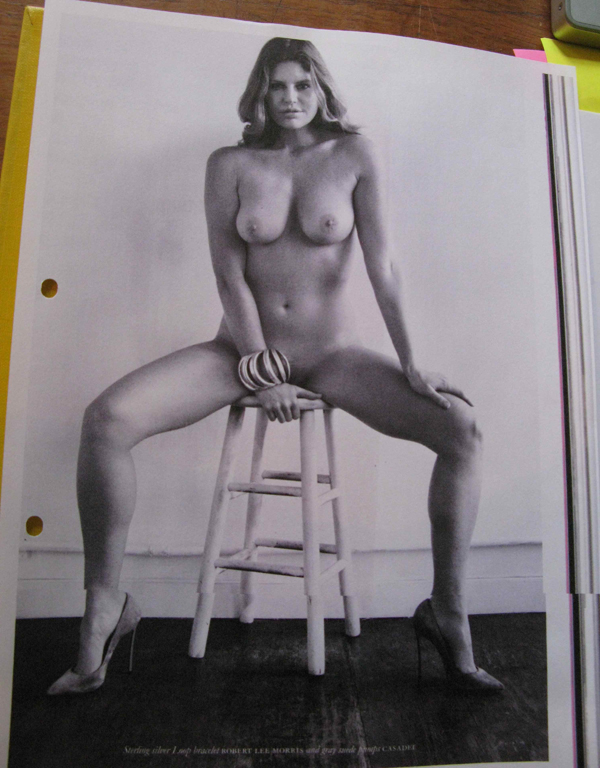