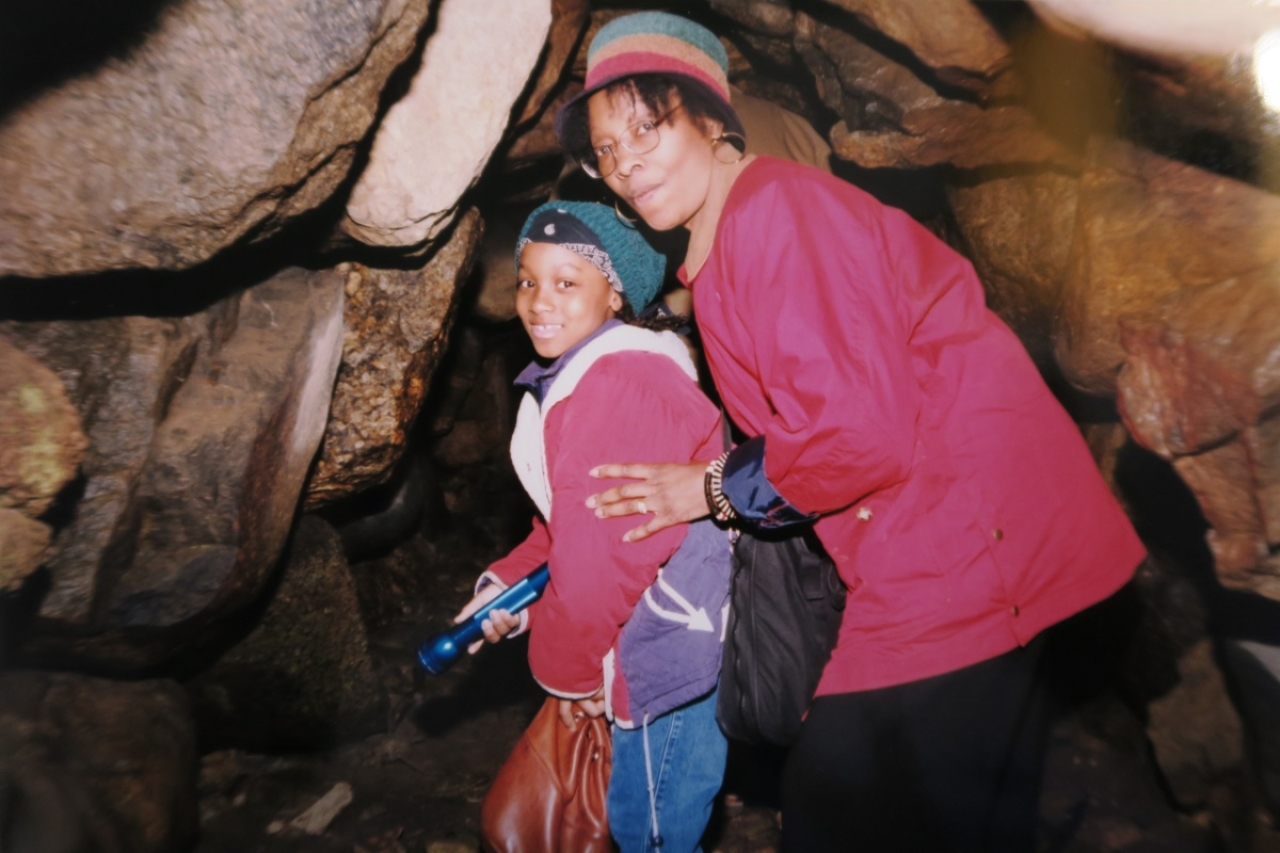 We decide to create a work that is inspired by both the Peekskill Riots and the Underground Railroad. For us they represent the sweet and sour history of Peekskill that we want to address in our work.

The Underground Railroad consisted of secret routes and hiding places—the safe houses—
that were used to help escaped slaves flee to free states and Canada in the middle of the 18th century. We found the best description of the Underground Railroad in John Curran’s book, Peekskill’s African American History. A Hudson Valley Community’s Untold Story:

The famed underground railroad was not really a rail system, nor was it under the ground. It was an organized national network of like-minded individuals with strong personalities living in cities, small towns and farms. These people not only thought that owning human beings as property was a morally corrupt and inhumane practice, but they also did something about it. They went looking for “passengers to take on a train ride to freedom.” […]
People with black, brown and white skin tones, mostly people with religious faith, were able to link together, communicate and physically time arrivals, departures and layovers through several states and into Canada with amazing efficiency.
The underground railroad was a humane transportation conspiracy. This support system was known as a “Freedom Line,” “Emancipation Car,” “Gospel Train” and by other names. The secret train to freedom was invisible, magical and effective. […]
It was mostly about people taking risks to help other people, intentionally breaking laws in the service of Americans being denied their rights and freedoms.

The Underground Railroad had an important ‘station’ in Peekskill, namely the house of Hawley and Harriet Green at 1112 Main Street. We wonder why this building hasn’t been turned into a museum or some kind of memorial. Someone explained to us that this was because of politics and real estate, but it’s all the more reason for us to honour this ‘Safe House’ with a work of art. 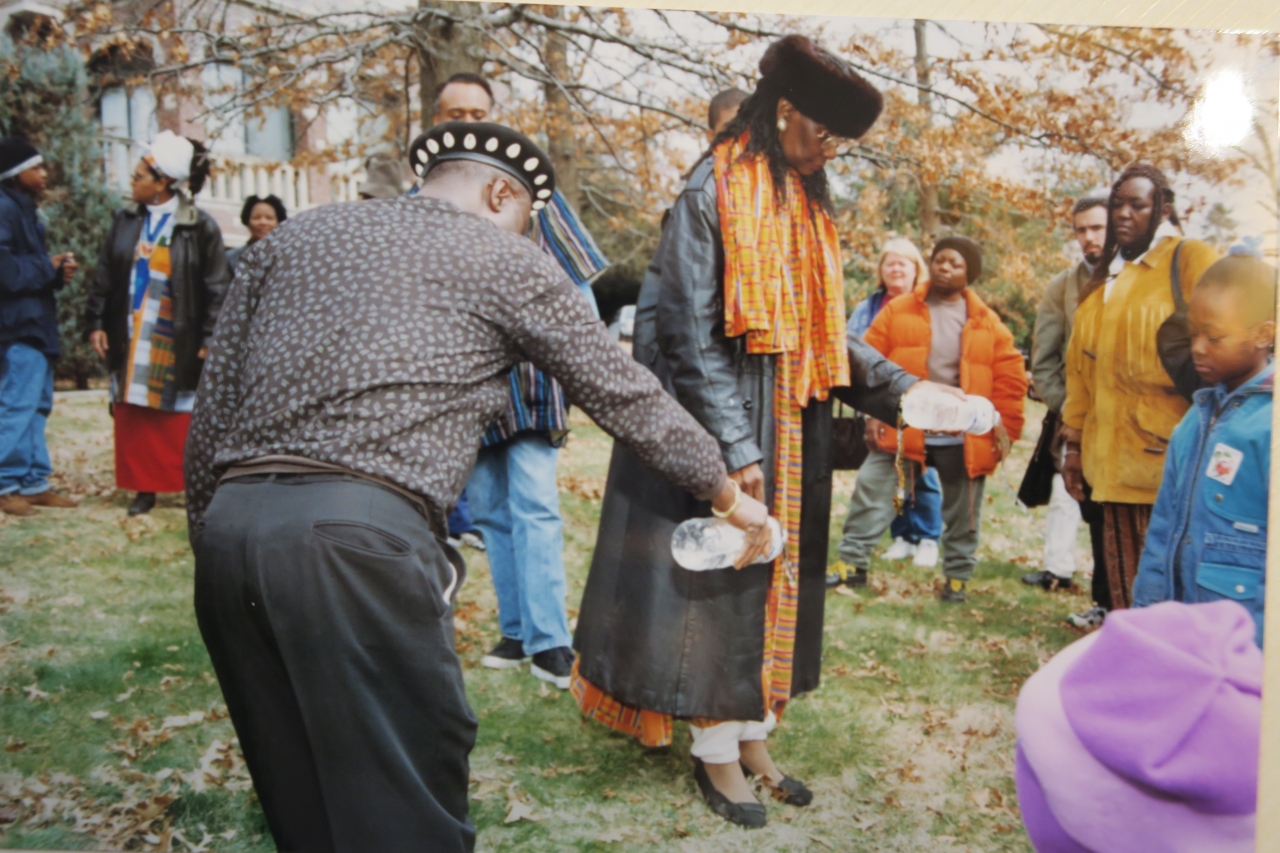 The Peekskill Riots were of a totally different order. When we ask about them we are told a few times that technically speaking these riots didn’t break out in Peekskill but in Van Cortlandville. It’s as if the people of Peekskill are embarrassed by it.
The Peekskill Riots were violent, anti-communist riots with anti-black and anti-semitic overtones that erupted in Peekskill in 1949. The announced open-air concert by the African-American singer and civil rights activist Paul Robeson was the catalyst for this. Robeson was unable to reach the stage because of a violent mob throwing rocks and screaming racist chants. A second attempt to hold a concert was undertaken nine days later and on this occasion Robeson was able to perform. 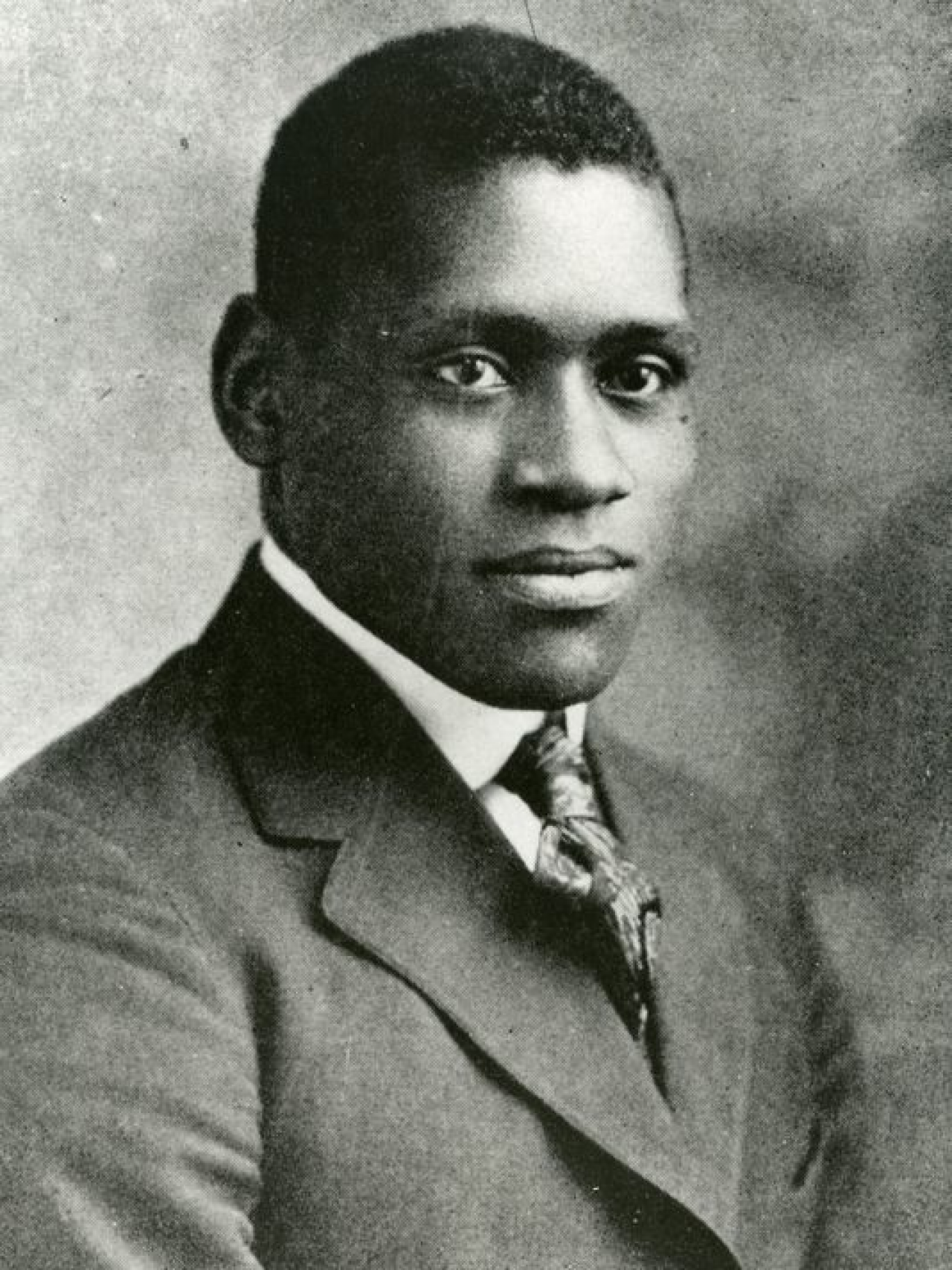 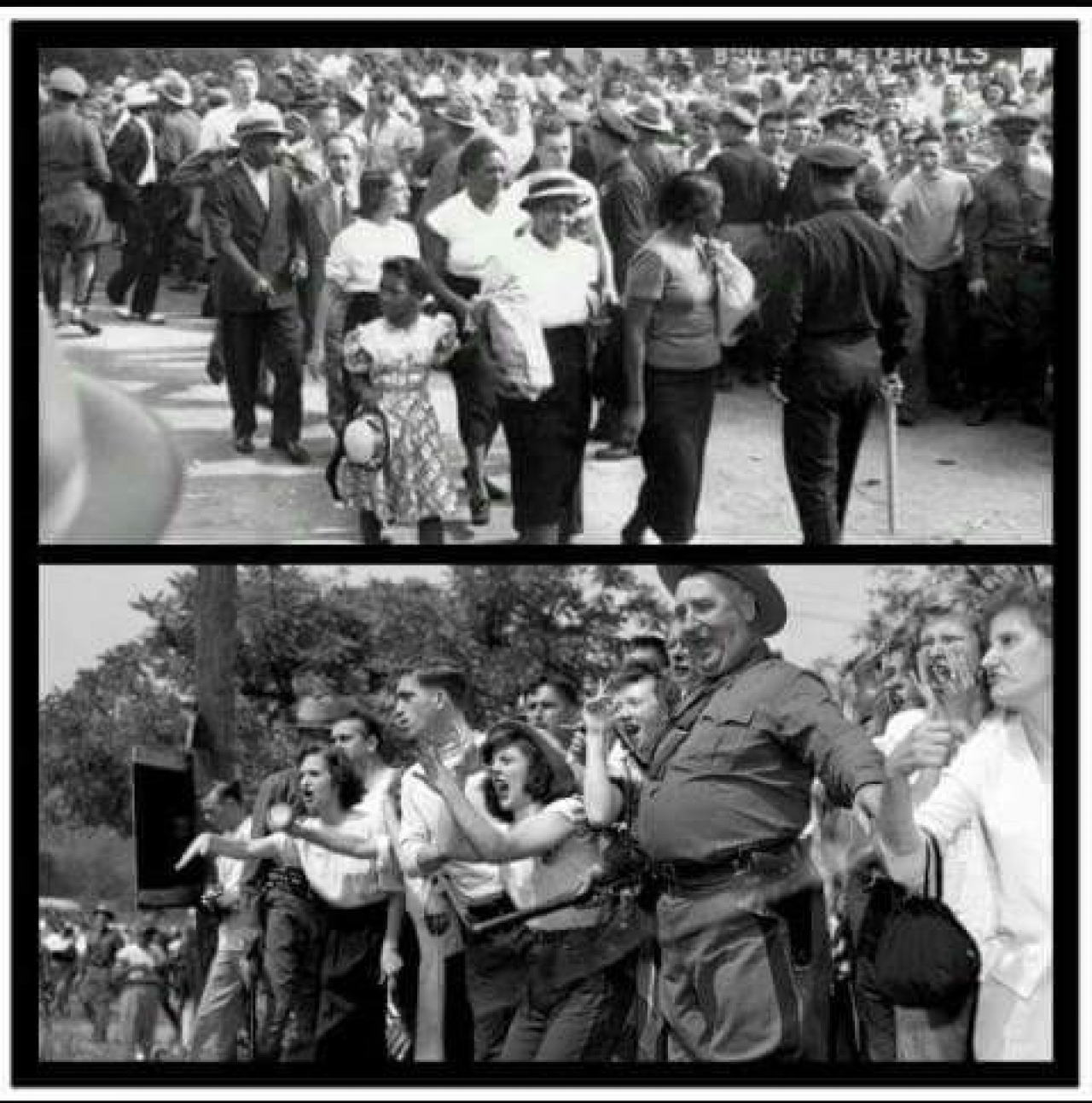 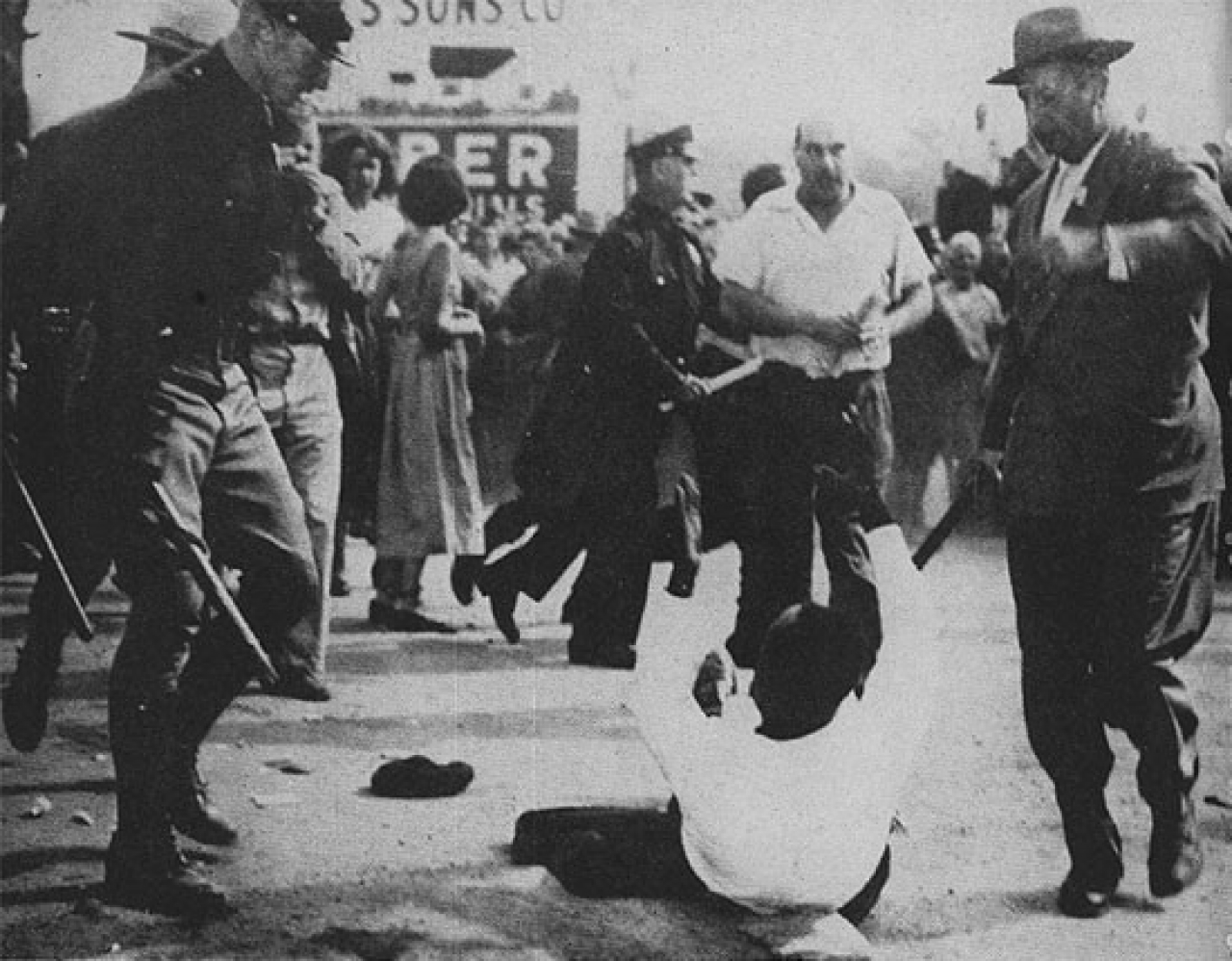 The nature of these two moments in history was very different, but they do share common themes, such as racism, tolerance and welcoming ‘the other’ in the community. These are issues that are relevant always and everywhere, especially now in the modern-day Europe we come from.

We’re planning to return to Peekskill a few more times to take in the local vibe and simply
chat with locals on the street. We start producing sketches and a scale model in our studio, in order to present a proposal to the HVCCA.
In the evening we hear the shocking news of the death of Freddie Gray, who died yesterday as a consequence of his violent arrest in Baltimore. There are fierce riots in Baltimore, where a furious crowd is setting cars alight and pelting police officers with stones. There’s a big rally planned at Union Square on 28 April, which we definitely want to join. It’s really horrible to read about the Peekskill Riots of 1949, then read about the Baltimore protests that very same evening. What has changed over the last 65 years, and what hasn’t? 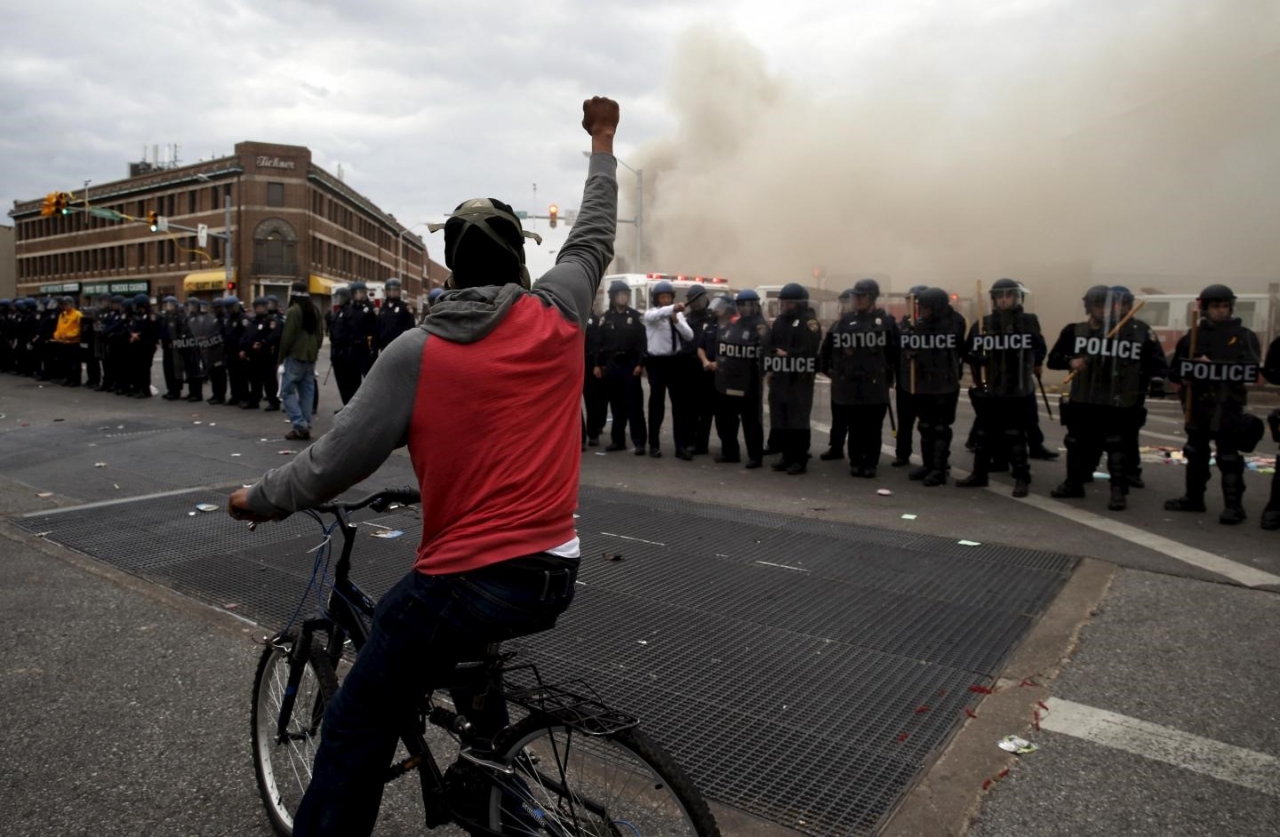 Baltimore Riots after the death of Freddie Gray on 12 April, 2015

We have two ideas for the festival in Peekskill: a sculptural structure in a residential neighbourhood and various paintings on the walls of local residents’ apartments. Our provisional working title is Welcome Stranger, which fits well with the Underground Railroad, the Peekskill Riots, and our own situation as artists here.
As strangers we’re coming to Peekskill to create something for people we don’t know, based on the history of a town that we’re not familiar with. We hope we’ll be welcome.
The structure in the neighbourhood is composed of a billboard, a large mirror, a stage and a ‘hidden’ in-between space. Via a small staircase through a round hole in the billboard you pass via the in-between space through a round hole in the mirror to then re-emerge outside, onto the stage.
The round passageways with the steps symbolize the Underground Railroad, the space in between is a Safe House, and the open stage where you emerge symbolizes the stage on which Paul Robeson performed. The big mirror, where the round passageway to the rear emerges, reflects the sky, and represents an open and free space for everyone. This will be the backdrop for everything that takes place on the stage. The front side of the billboard is a free space too, available to the local community for Welcoming Messages to ‘the other’. We’re going to look for locals who want to work on the structure with us and locals who want to create a message for the billboard. And the stage is of course not just symbolic but can actually be used, by anyone who so desires.

And we have a second, less visible plan. We want to produce five abstract wall paintings
for five inhabitants of Peekskill, in their houses. Neither we nor the inhabitant know what the wall paintings will look like in advance. The design will be created by the home’s inhabitant throwing dice and blindly choosing colours. George will then meticulously paint the resulting design on the wall wherever the inhabitant decides. The wall painting becomes the property of the inhabitant, who can do whatever he or she wants with it. If the worst comes to the worst and the outcome doesn’t please them, then they can paint over it again. It will be a cooperation between local residents and us, and yes, you could call it the unknown, or the cosmos? The whole process of throwing dice and painting will take about three days per apartment, so we will be spending 15 days in unfamiliar homes in Peekskill. We have no idea whether they want us there, and whether they will even want a wall painting in their homes? 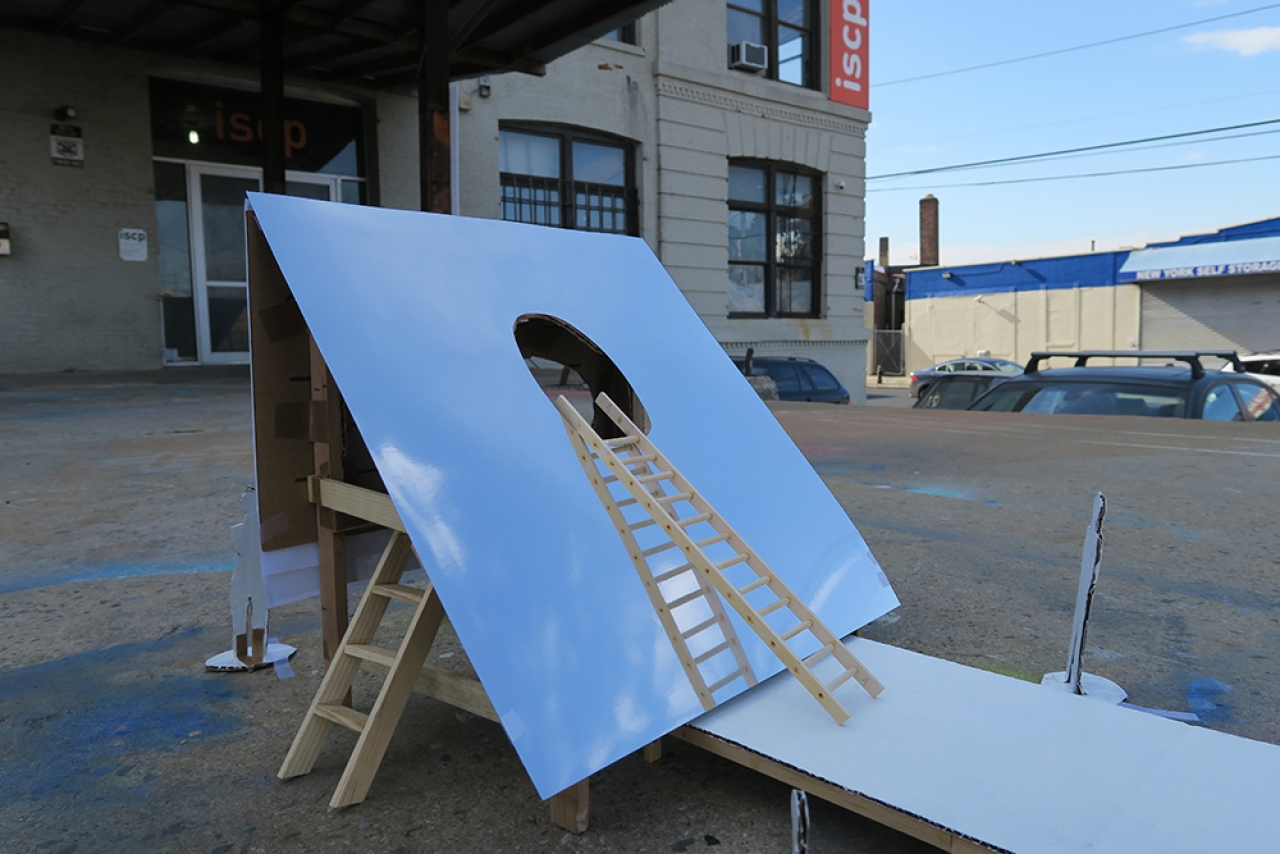 First sketch for the sculpture 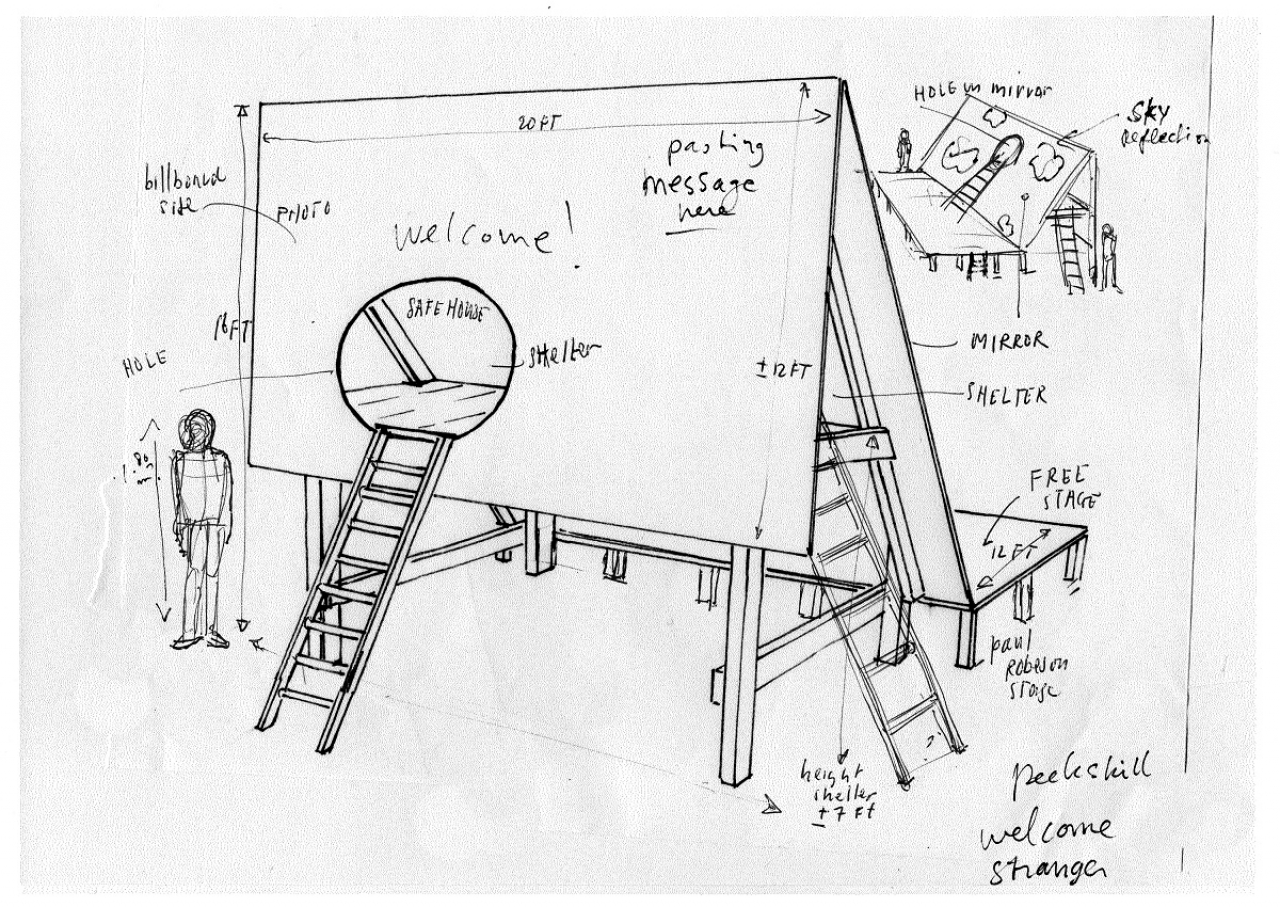