We don’t even know how to be offline anymore. Even at night, as we sleep, the gathering of emails buzzes through our bedrooms. When we jog, all of our friends jog with us, even the ones who don’t feel like it. When we take a break, when we visit foreign cities, even when we want to be alone we make sure everyone knows by creating our out of office replies, which ironically managed to a situation in which we are never really out of the office anymore. The internet is everywhere, all of the time. It no longer is a clearly demarcated area, there’s no more logging into our tragically slow modems to finally receive access to the great wide web. It’s 2014: we are on top of shit, all the time. It actually feels dated to even utter these two words so explicitly: the internet, as if we can separate it from anything else that is going on in today’s society. 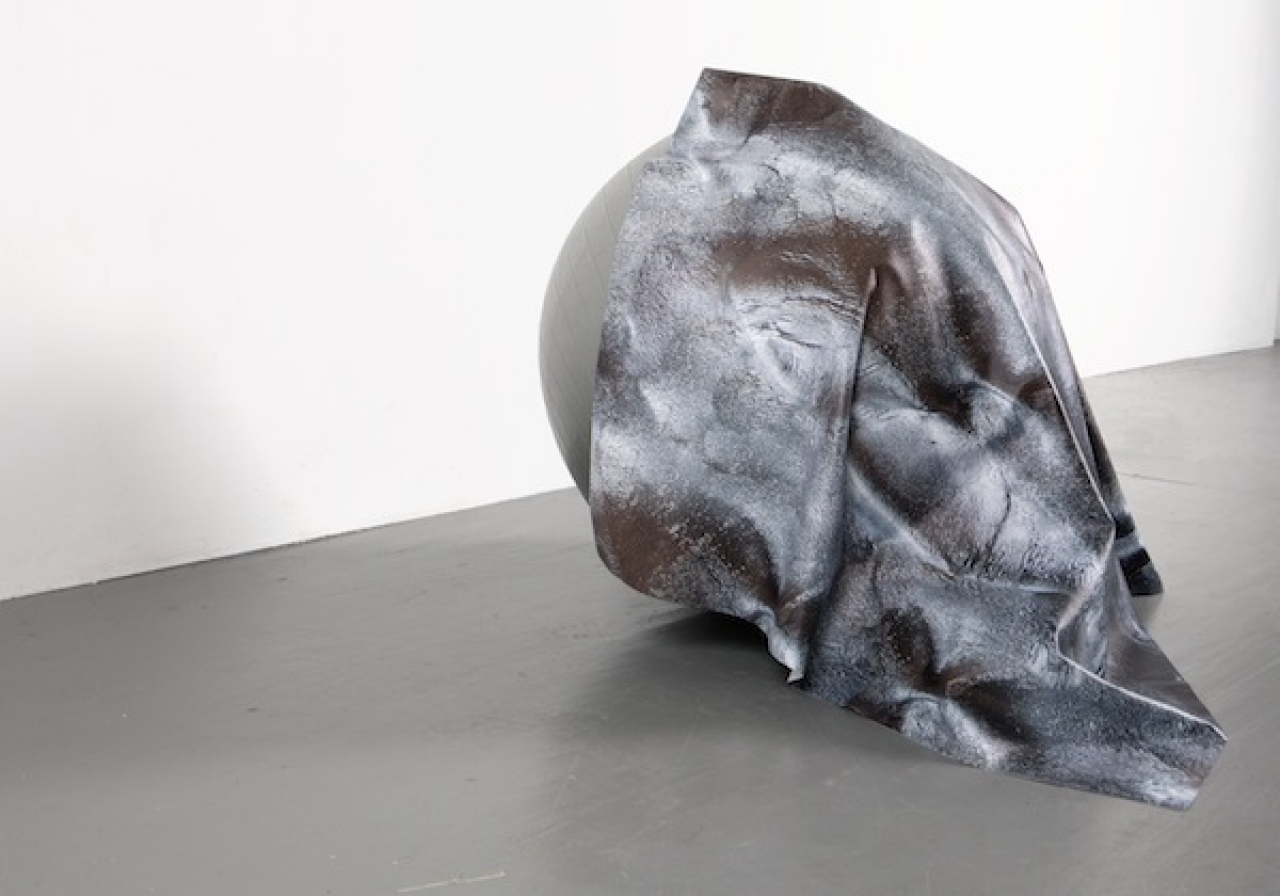 At the opening this past Friday at Boetzelaer/Nipsen, curator Melanie Buehler tells me Katharina Fengler’s paintings were the starting point for the show she curated Surface Poetry. The works indeed carry a digital aesthetics, definitely make one think of screens, of digital visuals but they prove to be surprisingly analogue in their execution. It made Melanie wonder what it means for something to have that digital ‘look’. Fengler’s other works on show, her salt dough sculptures posses an eerie and unreal feel, the only metaphor I could come up with was ‘handmade screensaver’. Her work is here, right in front of us, there is no actual prove of digital manipulation, even though it carries that unreal high definition glow we only know from digital screens. It’s the use of electric colours, sharp airbrushes and mechanic patterns, all contributing to the supernatural energy the works posses.

With these works in the back of her head, Melanie decided to invite an artist she knew from, guess what, the internet. Ida Lethonen’s prints on fabric have been through several digital manipulations. The more important is how these images have now come to life, are 3d, have a texture that isn’t shiny and is not made out of pixels. The visuals we witness on the screen are often ideas still coming into being, a kind of promise, but these works are fully realized.
The digital has had a major impact on aesthetics around us but these aesthetics seem to have morphed into a much more subtle and subdued form. No more enlarged pixels, no more blank Photoshop canvases as a reference, no more inflatable cell phones, but a visual quality that doesn’t seem quite analogue, not completely digital either.
‘I added the balls to turn them into characters. Now it’s as if they’re people showing their butts,’ Ida laughs. Next to enhancing their physical presence the balls do provide the fabric with a sense of personality and humor. I myself saw faces hiding behind masks, but it comes down to the same thing. Four people scattered over the room, in part hiding and partly showing.
By adding all these layers, it seems Ida incorporated our present confusion with materials into these works. So used to seeing everything through the reflecting glass of the screen, we more and more lose touch with our other senses. Before the internet revolution we saw wood change into plywood, glass into Plexiglas but by now everything around us has become increasingly shiny and distant. 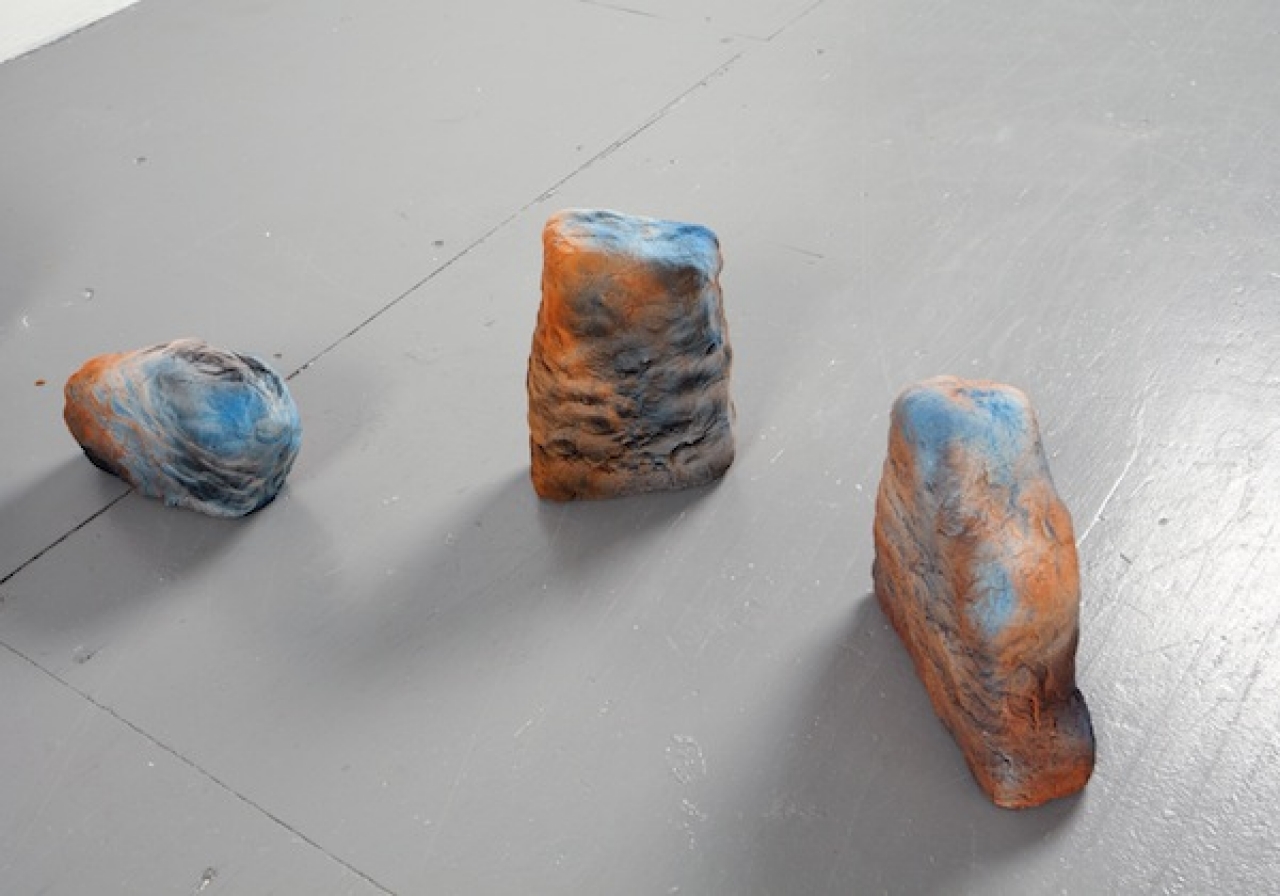 The emphasis on that confusion in Fengler’s and Lehtonen’s work, might be the reason Rachel de Joode first and most prominent work in the show feels different. In the clay sculpture she shows both the sculpture and its representation, by sticking a photograph of the work to the pedestal that supports it. In it, I see a much more literal attitude to the notion of the screen as opposed to the reality of things, by saying: this is the actual thing and this is its representation. It’s as if she is pointing at something the other artists on show have already surpassed.
Her other two installations reach a more successful relation to the works exhibited. De Joode’s sculpture with collages of flesh-like imagery provides the flat surface with an awkward physicality referring to the other sculptures in the room. With the physical appearance of styrofoam, the pieces are in fact made out of plaster on which the photographic collages are mounted. One of the collages is trampled by its pedestal, one is stuck in the middle and other one hovers above it, attributing to a dreamlike constellation, reminding us how there is no gravity where these pieces originate. Her third work, existing out of little moulded pieces of Polymer clay stuck to the wall, seem to have directly come out of the negative space in the first clay sculpture in the room, creating a comforting full circle moment. 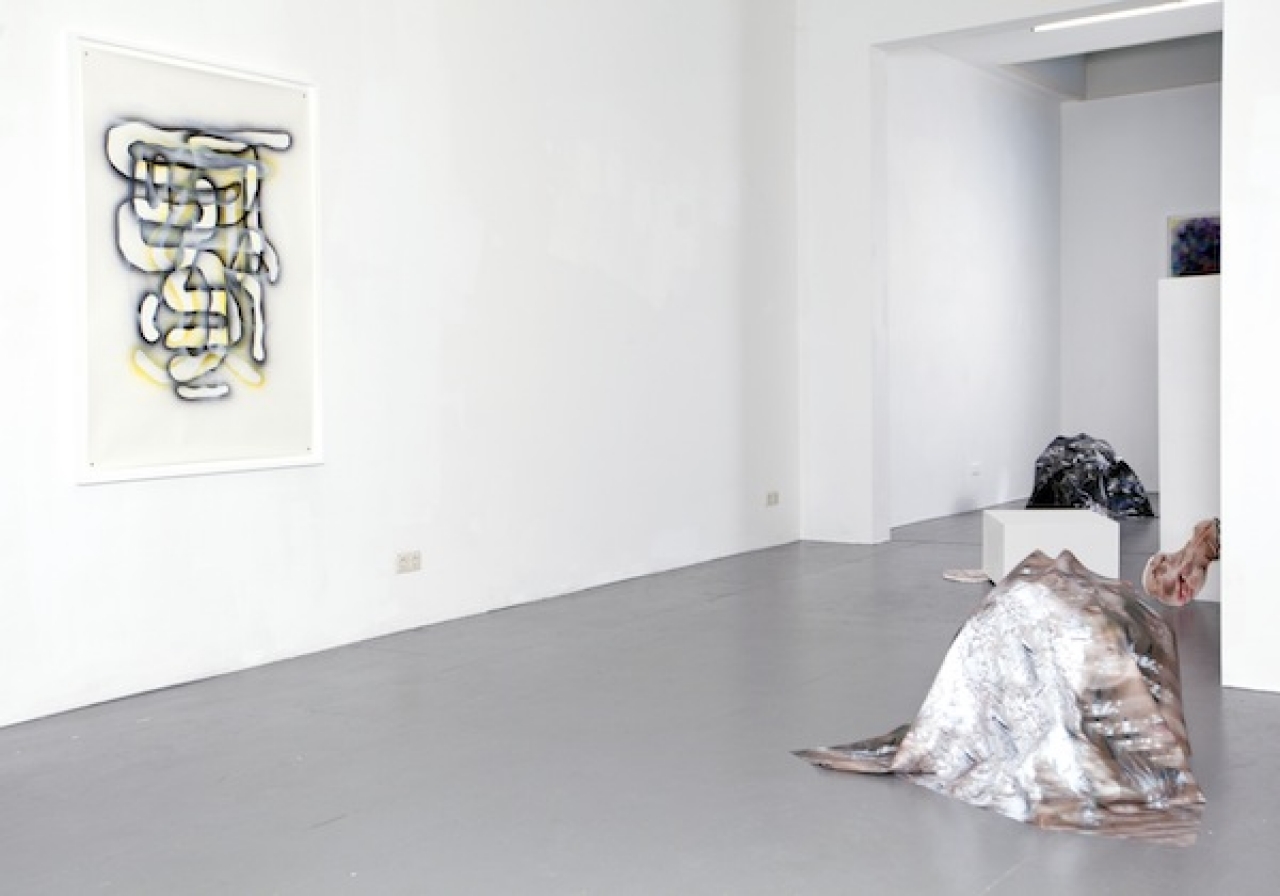 One of the conclusions, Melanie Buehler reached is that post-internet art no longer literally but rather implicitly refers to the internet. Surface Poetry is a show exploring what the internet has meant to the way we look at things. Now that it has become such a integral part of our lives, what does that mean for the world around us?
The work exhibited all refers to the digital era we live in, in a more refined way than we are used to seeing. The 2.0 qualities and referencing were there, but in a more implicit way, so fitting to how the digital revolution influences our lives. ‘Computers’ or ‘the internet’ no longer are things we point at but their presence is seamlessly woven into our everyday activities.
To me, Surface Poetry is art’s way of reclaiming those visuals that were sucked up by the screens. What belonged to the screen can be ours again, imprinted with our fingerprints, no longer distant and clean, but clumsy and physical, a little messy like real life should be. More sensitive and nuanced to, qualities the digital era does not necessarily amplify. It takes a few artists to bring back the messy, nuanced, physical things in life and shove them in our faces, saying: this is what you’ve been missing. 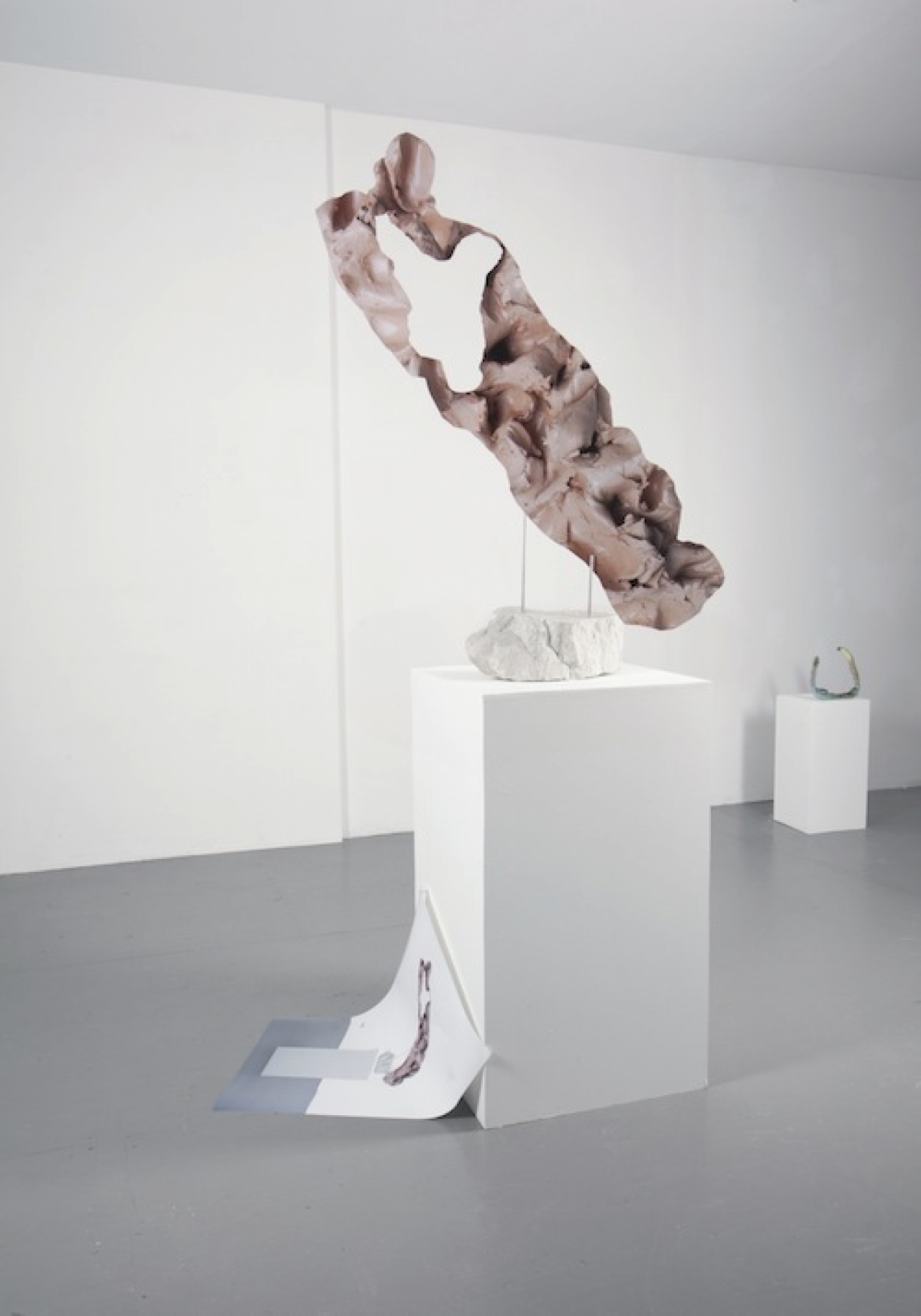 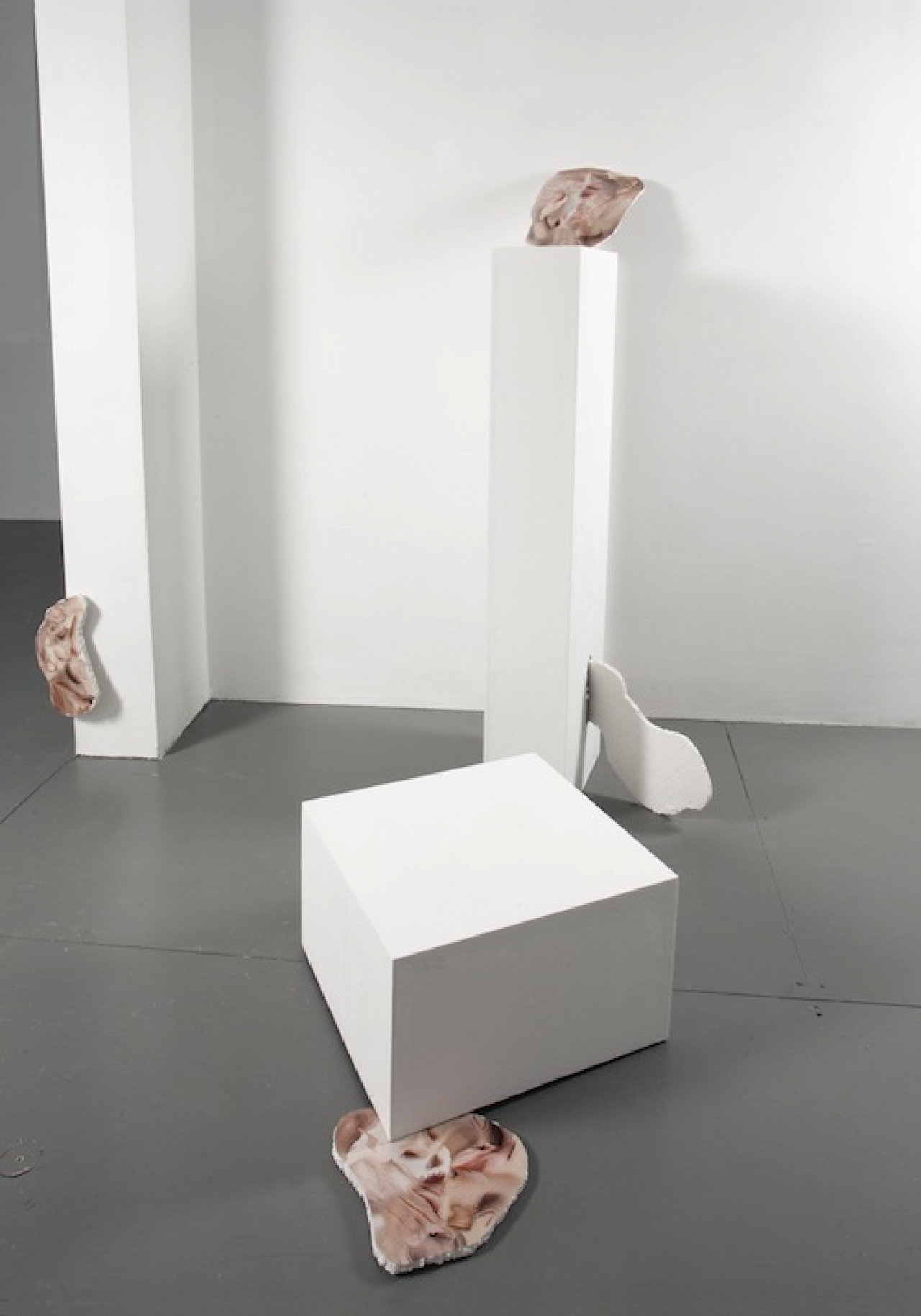 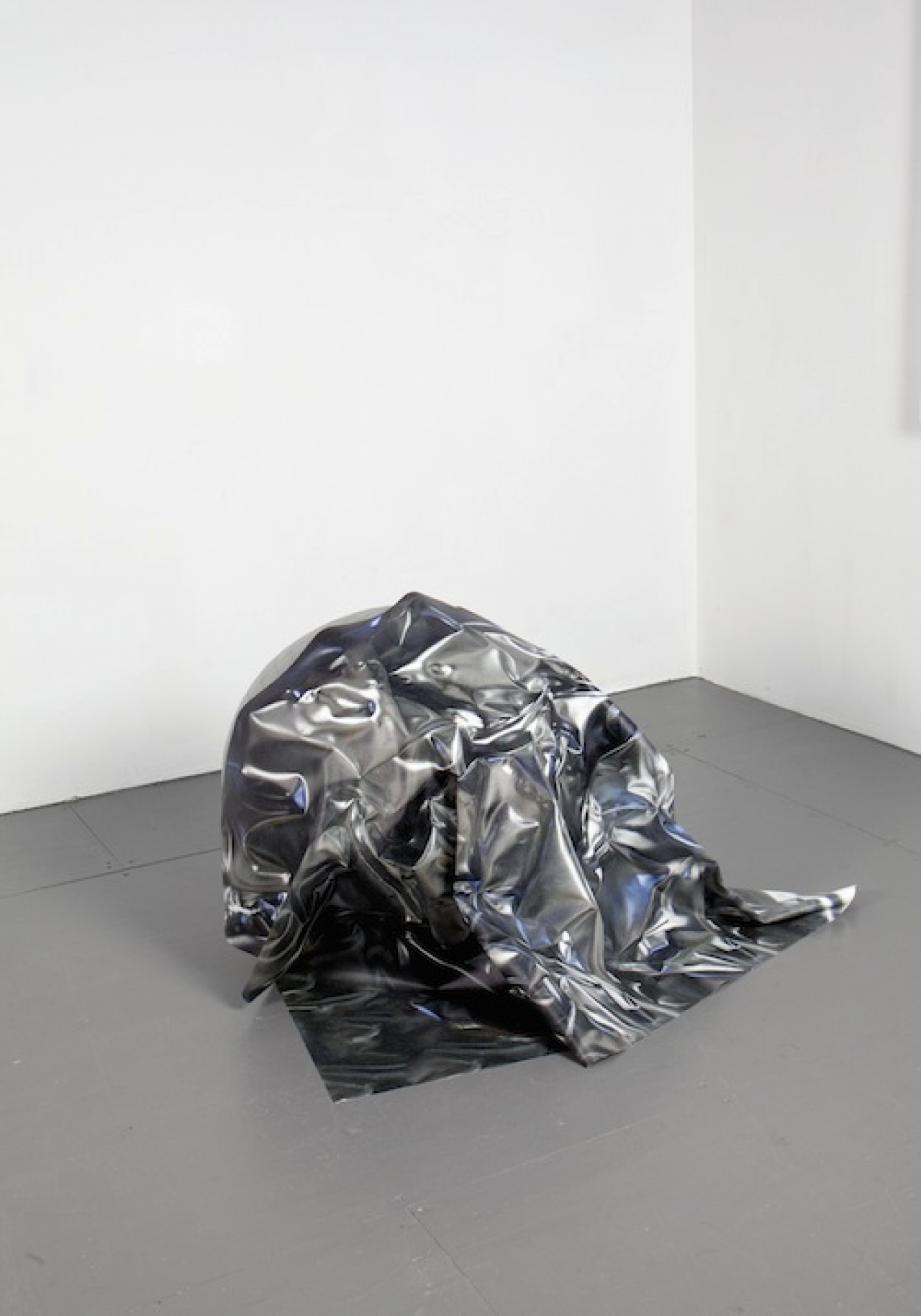 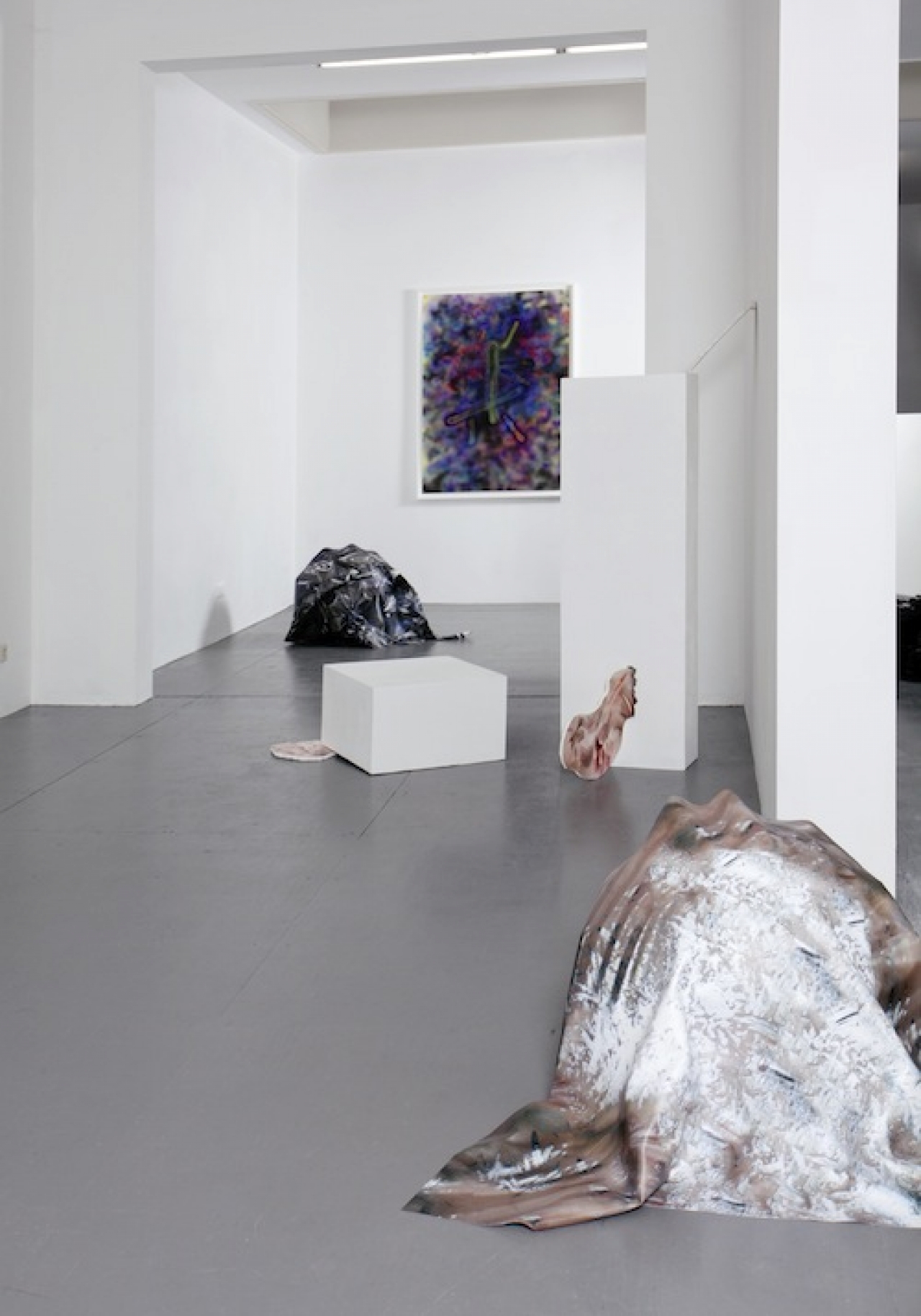 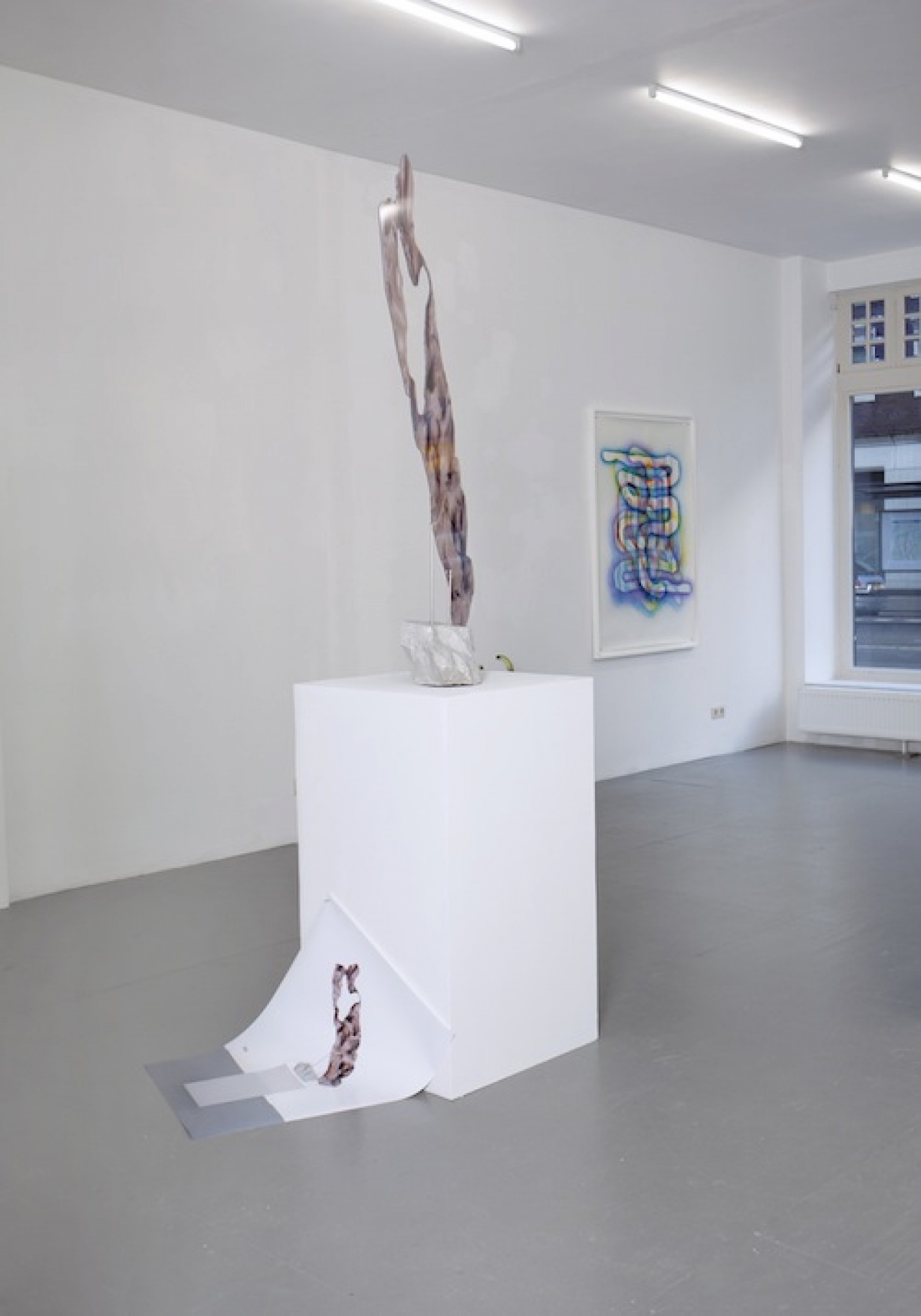 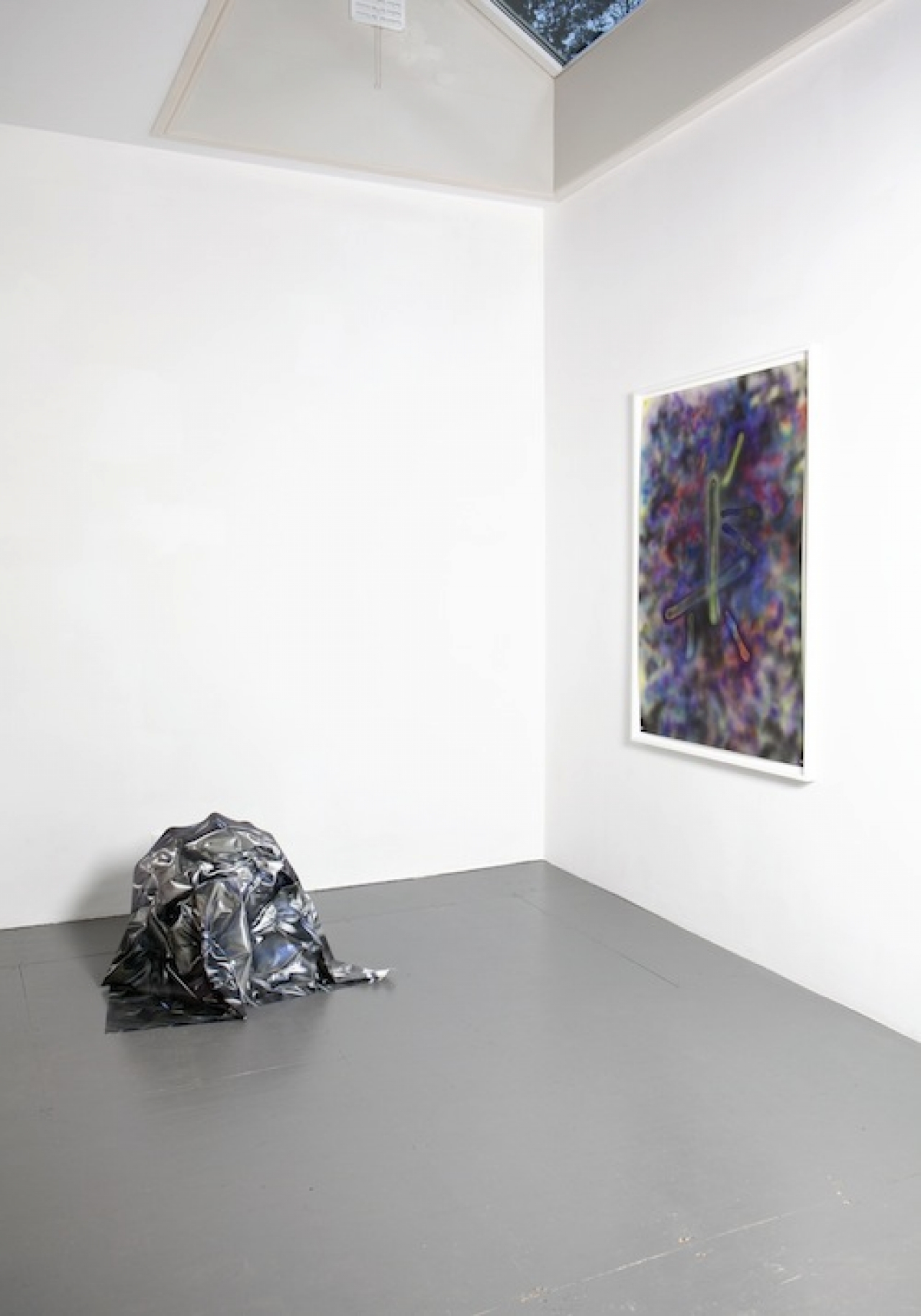