I’ve been involved in a three-way relationship since a year now. Even though I love my partners and they love each other, it takes a great deal of work to maintain the relationship. We share a lot of happiness but it comes with a lot of misery. It’s always about compromising and adjusting, sometimes it’s just too much and I don’t know what to do anymore. How do you keep a relationship of three healthy? All three of us are young and inexperienced and sometimes our emotions get the best of us. There’s no one around to advise us, since this kind of relationship is new to my environment as well. How do people make it work?

Dancing naked on top of two beds in a hotel room, one would like to live so light and happily their whole lives. But no one can make that work, though it might not be much of a consolation because we secretly desire a permanent sense of happiness. The arts are not so much concerned with happiness but tend to focus on the darker side of life, possibly to counterweight that unconscious, unrealistic longing for bliss.

What you are doing is revolutionary, in a time when more and more people engage in marriage (200 weddings a day) while we know that 34% of these marriages end in divorce, most of those don’t make it to their fifth year. Still we keep believing in the institution of marriage and loyalty (though adultery is one of the top three reasons for divorce). Considering the numbers it makes a lot of sense to explore other possibilities, to pursue other forms of love and togetherness.

If we want to take a closer look at adventurous love lives we have to travel back to the sixties and seventies. During the swinging sixties young people refused to repeat the stuffy and boring lives of their parents. Possessions were no longer important but people cared more about travelling, music, experiments like living in a commune where life and sometimes love was shared. Life was one big experiment. That liberated way of living is shown in Mark Harris’ drawings, using a soft pencil he copied five little photographs he found in the book ‘The Modern Utopian: Communes in USA from 1970’ by Dick Fairfield. Full of hope he named his 2010 exhibition ‘Morning Star’. By creating these drawings the artist shows his sympathy for the search of other ways of living together, the works even show a certain desire: ‘as a homage to the ideals and challenging life of the communes’ utopian ideals, the ideals behind the commitments to alternative family structures and economic models.’ 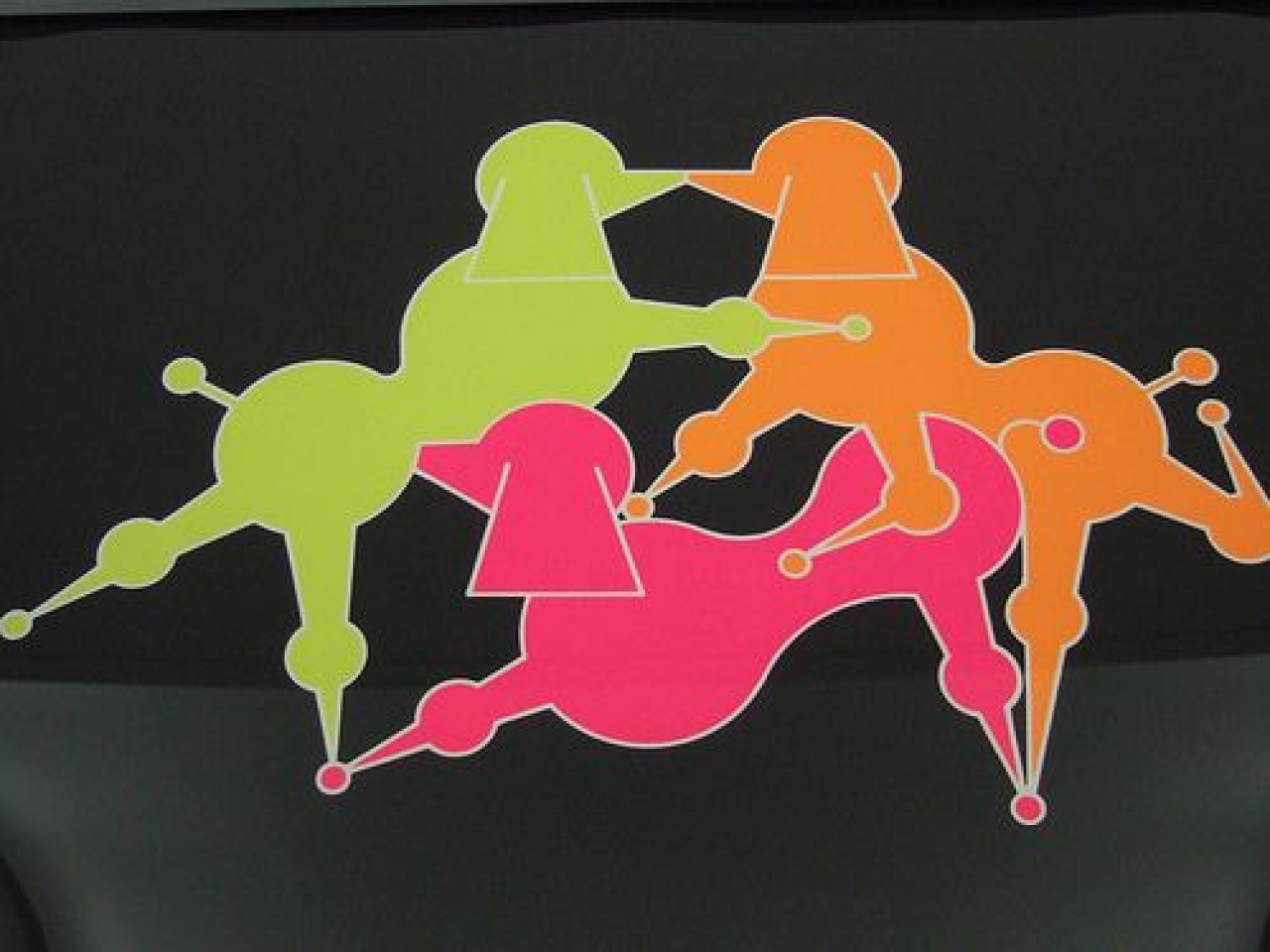 On my table I find the book ‘Be nice, share everything, have fun’, a simple line of words that again summarizes how you’d wish to live. This book is a an anniversary edition of Kunstverein Munich from 2010. Three fluffy poodles twirl around each other on page 5, a work by General Idea, a collective existing out of Felix Partz, Jorge Zontal and AA Bronson. It’s followed by an image showing the artists dressed as doctors examining each other. The three friends and lovers lived and worked together for twenty-five years since 1969. They would enter parties together and three sets of parents would come to visit them on their holidays. Eve Mosher wrote: ‘They imitated popular culture, questioned gender stereotypes and with their threesome introduced the idea that “a relationship can be a triangle.” In AA Bronson’s own words he described the group as “one organism, one nervous system; one set of habits, mannerisms and preferences.’

General Idea was not only unconventional in their trinogamous relationship, they were looking for new ways to express their art as well: a Free School, underground zines and other alternative printed matter. They were also involved in gestalt therapy. ‘They lived and worked together to produce the living artwork of their being together, undertaking over 100 solo exhibitions, and countless group shows and temporary public art projects’. Life as a work of art, it might not be such a bad idea.
General Idea did not state any rules on how to deal with one another in such a love triangle. By now, two have them have passed away due to AIDS-related illnesses (AIDS is a recurring topic in their work) and today AA Bronson works by himself as an artist and healer. Maybe this time asks for other rules than the sixties and seventies did.

You are breaking the mould with your choice of living together; it’s a work of art in itself. In the same way General Idea criticized the idea of the artistic genius by working as a collective, your choice is a reflection on today’s society. There are no rules, just new ways you will constantly have to discover with all the friction and irritation that comes with it. Not everything is fixable. Maybe it would help you to see your life as an artwork, like General Idea did, and to use that as a foundation of the relationships: write everything down, document things, keep track of everything, carefully archive your pictures, the presents and other object. If things fall apart, just like all of those marriages between two people, you’ll always have art. Your relationship could turn into a play, a novel, a document of photos, a song, a ballad or a poem. You’ll always have art. 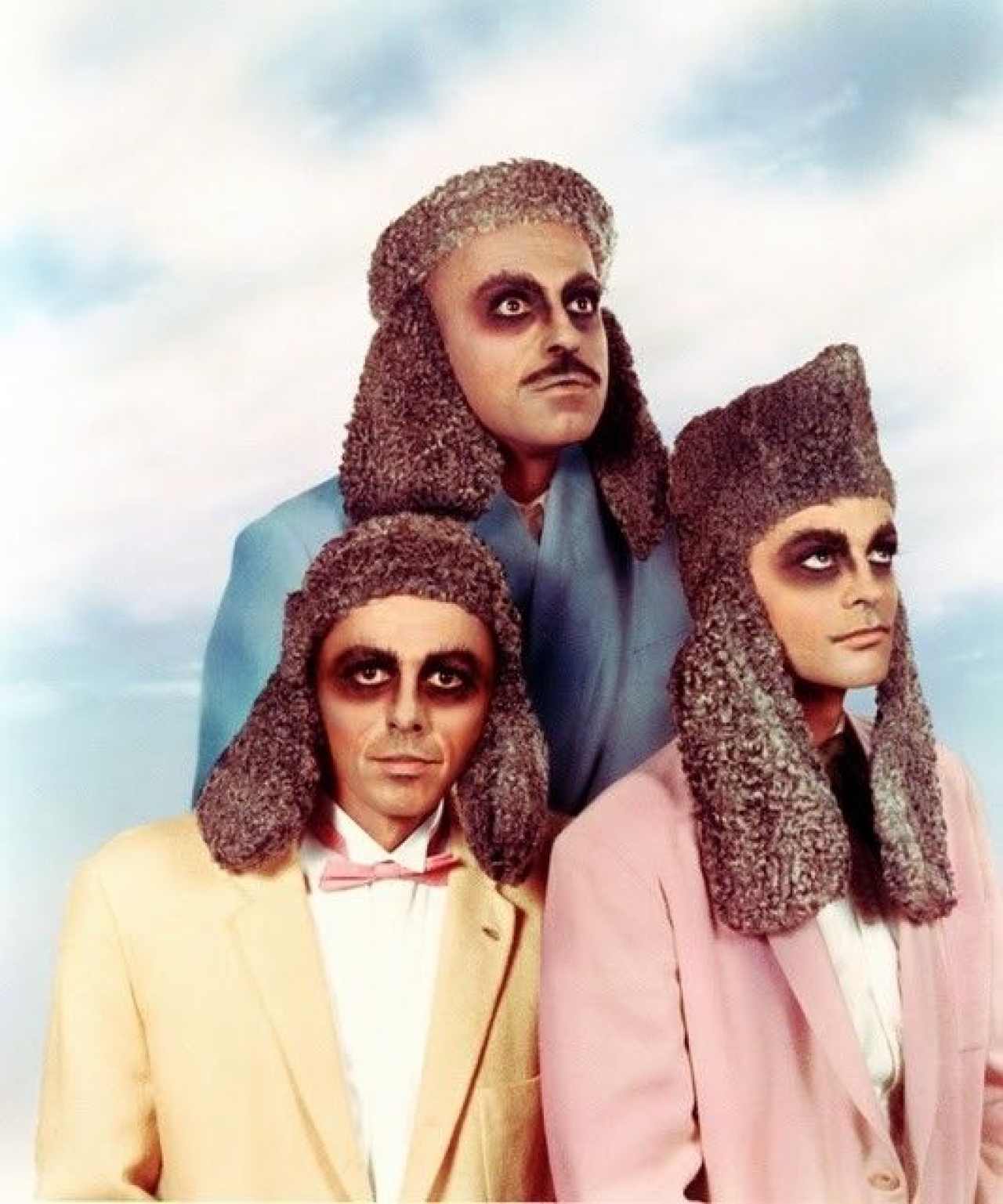 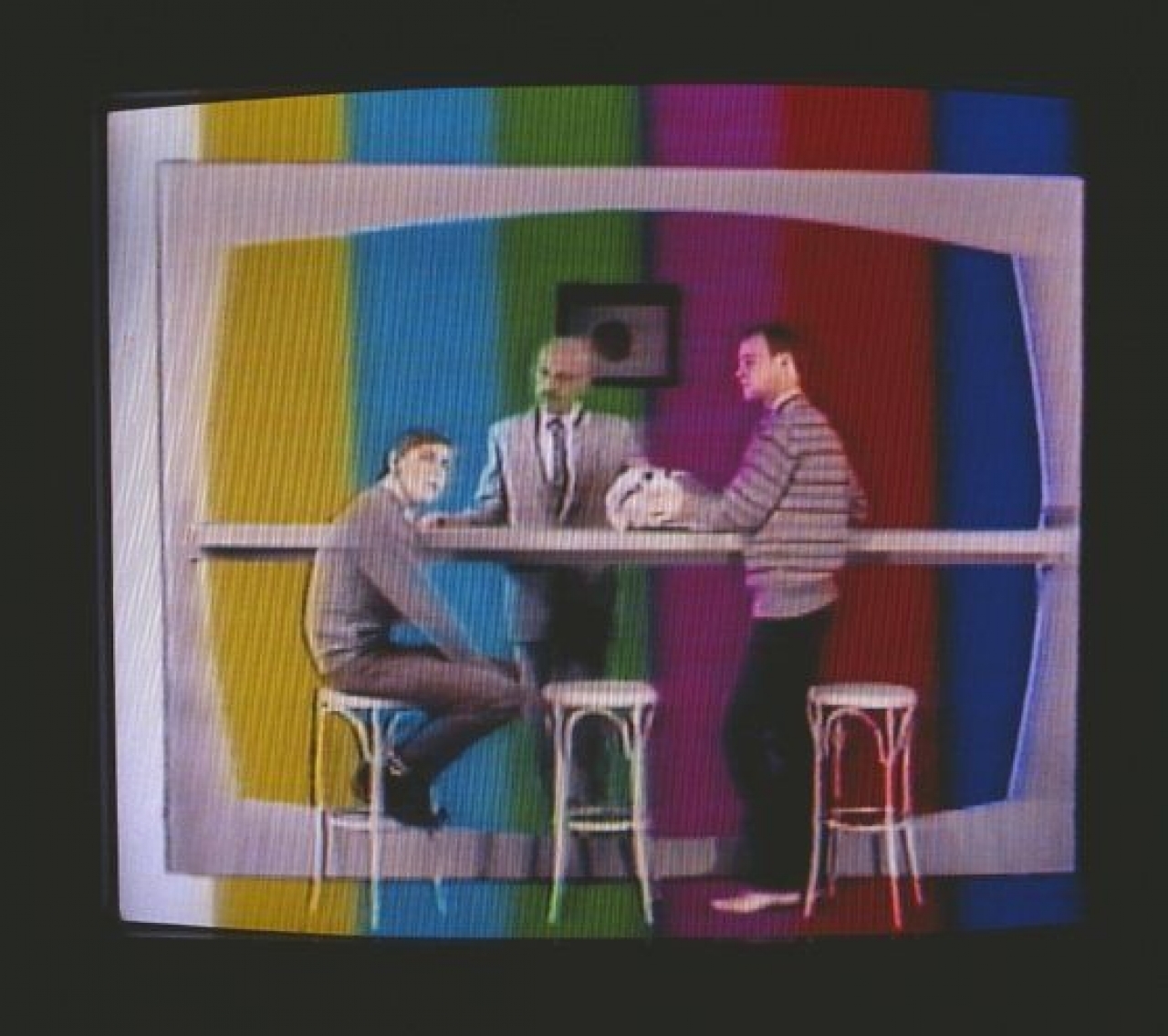