WELCOME STRANGER
Welcome Stranger is the title of two projects created by Saskia Janssen and George Korsmit in Peekskill, a city to the north of New York. The works are part of Peekskill Project 6, a city-wide art festival in public space. Organized by the Hudson Valley Center for Contemporary Art, this festival continues through to the end of 2015.

Welcome Stranger (Bohlmann Towers) is a series of five abstract wall paintings in the homes of Peekskill residents. The artists distributed flyers in which they announced that they were giving away five wall paintings to people who were interested. The flyers were handed out in and around the Bohlmann Towers Housing Projects. Each mural was produced in close collaboration with the resident. Size, shape and colours were decided by the resident throwing dice and ‘choosing blindly’. Korsmit immediately applied the outcome on the wall. Neither the residents nor the artists knew the outcome in advance and placed their trust in the unknown and in each other. Janssen documented the whole process of throwing the dice, choosing colours and painting in text and image, to be featured in an artist’s publication with the same title: Welcome Stranger.

Welcome Stranger (Main Street) is a site-specific sculpture in the public space, situated on the field of grass opposite the Bohlmann Towers Housing Projects in Peekskill. It is a wooden structure with a stage, as well as billboard and a mirror with an passageway and a covered space. The structure broadly refers to two events in the African American history of Peekskill: the Underground Railroad, which assisted refugees from southern slavery in the mid-18th century, and the Peekskill Riots, which erupted after a 1949 open-air concert by Paul Robeson, an African American musician and civil rights activist, and were tinged with anti-Communist and racist overtones. The nature of these two moments in history was very different, but they do share common themes, such as racism, tolerance and welcoming ‘the other’ in the community. These are issues that relevant always and everywhere,  even now in the modern-day Europe that the two artists come from. The billboard with the cylindrical passageway and the sheltered space refer to the Underground Railroad and to the Safe Houses. The opening in the mirror, in which the sky is reflected, is a reference to public space that is open to everyone, while the open stage refers to Paul Robeson and the Peekskill Riots.

Welcome Stranger is a combined sculpture, stage and billboard that is meant to be used by the community. The billboard photo was produced in collaboration with several youngsters from the Youth Bureau. 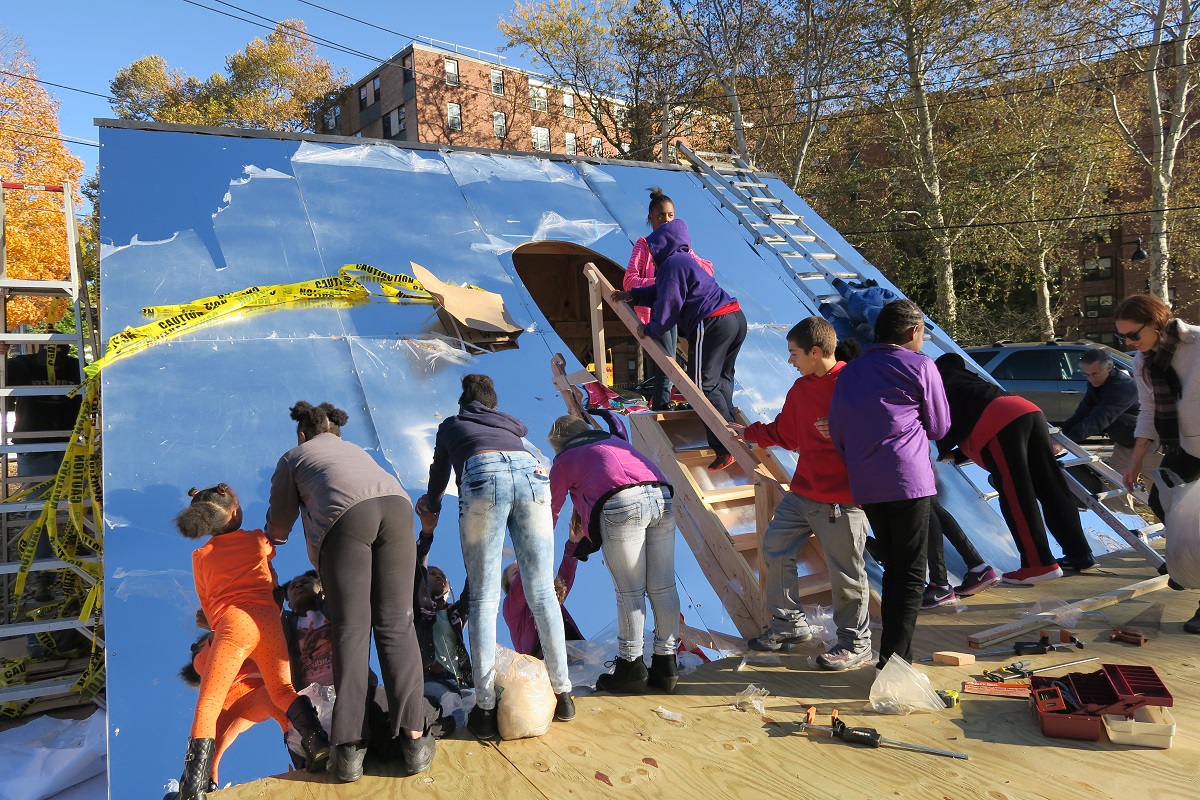 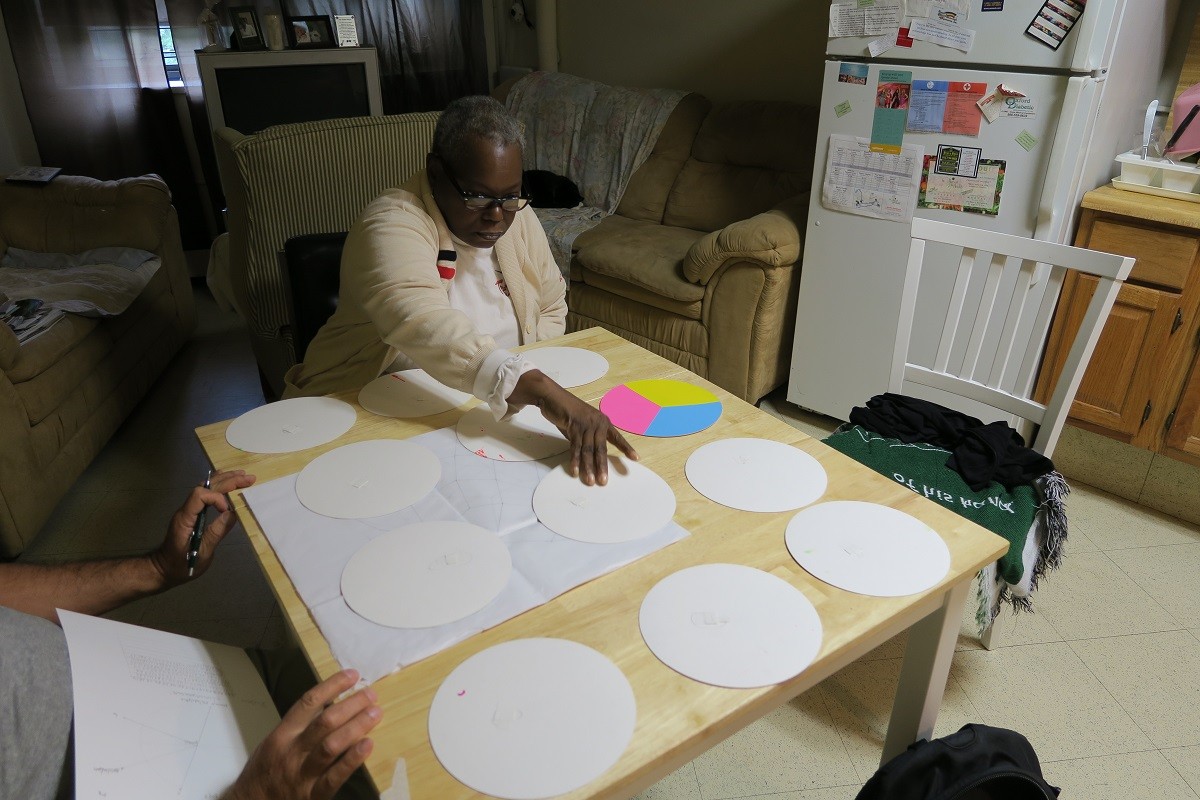 EXPOSITION EVERYTHING IS ONE (2015)
Everything is One centers on a newly commissioned LP record of field recordings of human chants. During a visit to Tibet in 2014, Janssen was struck by mantras chanted everywhere: in the streets, temples, caves, and markets. Most of these chants endeavored for peace, happiness, to generate compassion or to overcome obstacles, not just for those who chanted but also for all living beings. Since chanting is not allowed everywhere in Tibet, its pervasiveness is a kind of activism. As Janssen began her ISCP residency in New York, she was touched by the similarity between the intent of activist chants in the streets of New York and the canted mantras in Tibet, and their shared goals of justice and peace. 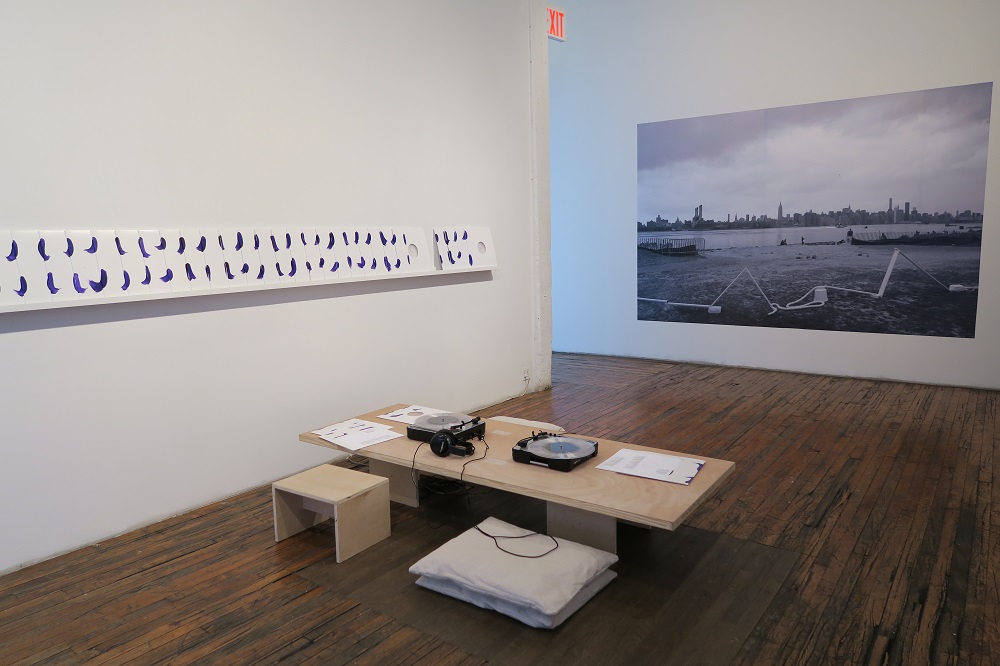 Everything Is One, LP and installation, 2015, ISCP, New York 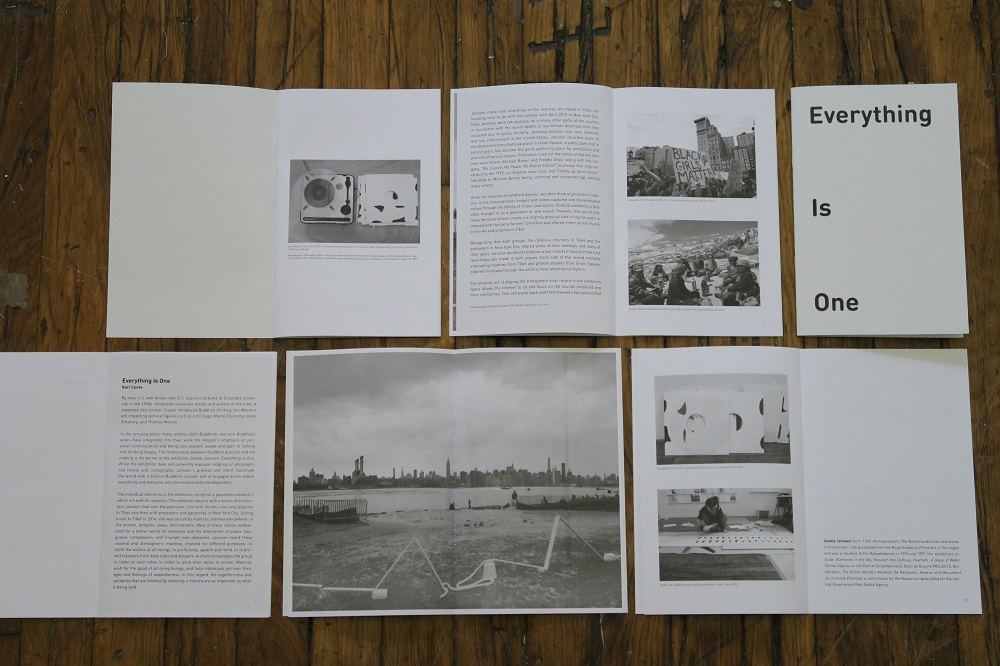 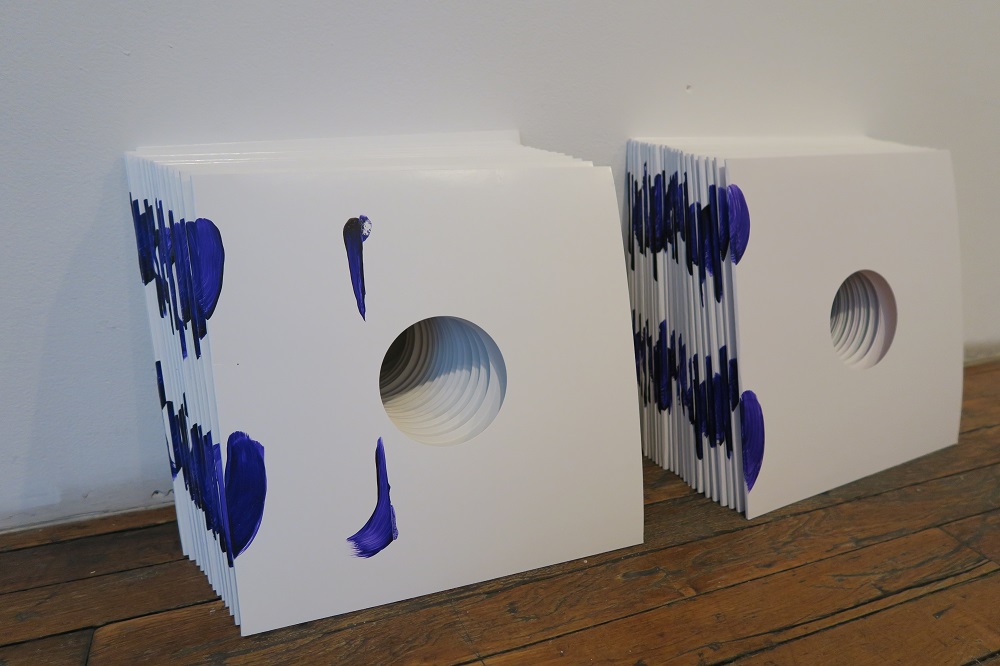 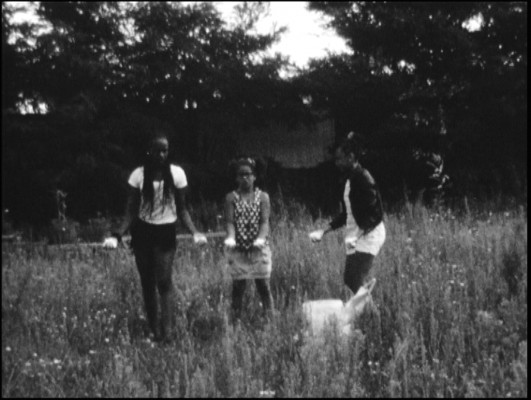 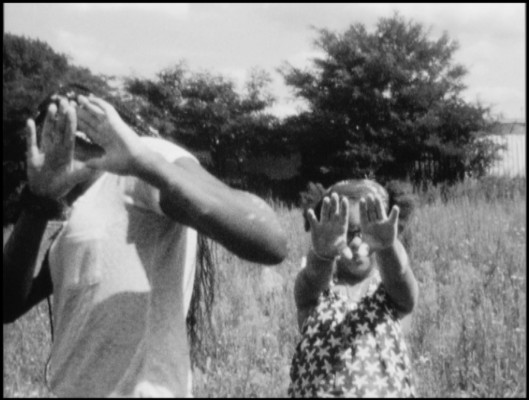 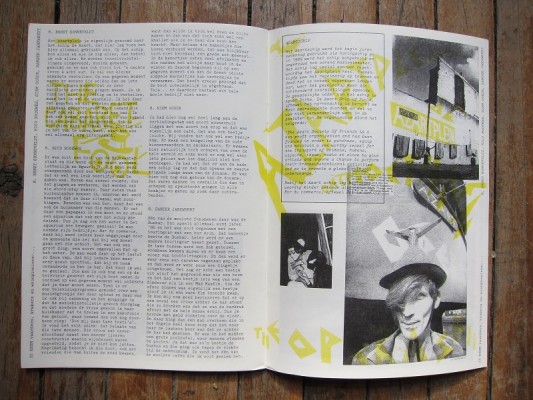 A GLASS OF WATER (SOME OBJECTS ON THE PATH OF ENLIGHTENMENT (2013)
Roma Publications is presenting a new publication by Saskia Janssen under the title A Glass of Water (Some Objects on the Path to Enlightenment). The book has been created over the last three years in response to the lessons about Buddhism that Janssen has been attending every week at the temple – housed in the cellar of a sunbed salon – of a small Buddhist community in eastern Amsterdam. During these lessons and the lectures and rituals conducted by visiting lamas, Janssen takes notes and makes sketches. Once back in her studio, she turns them into drawings, photos, sculptures and texts, thus transforming the lessons into works or revisiting existing works from a new perspective. In doing this she follows a self-imposed rule: no depictions of Buddha, no exoticism. For her the crux is the transformation from concept to work and the shift in perspective.

A Glass of Water is a tangential sequel to Blaka Watra Spiders, which was the result of Janssen’s encounters at the Blaka Watra walk-in centre, a space for long-term users of hard drugsin Amsterdam. There Janssen’s focus was on encounters with strangers, but here it is about an encounter with the great unknown. The two locations and their populations could hardly be more different, but in an extraordinary way there is also an overlap: both offer a different view of the world around us, provide more space to think and a greater capacity to place things in perspective.

S.J.:…At Blaka Watra I meet people who own nothing more than a plastic bag and the clothes they are standing in. At the temple I encounter lamas who explain why you actually don’t have to possess anything more than what you truly need. While the users spend their days wearing themselves out to acquire the necessary drugs for their pursuit of ultimate happiness, the lamas devote most of their time to meditation and study on the path to Enlightenment, their own form of ultimate bliss… 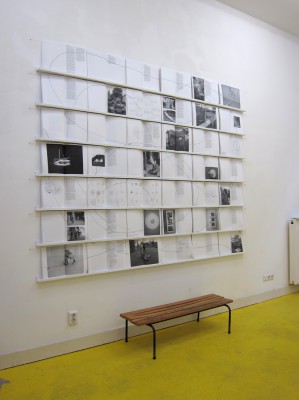 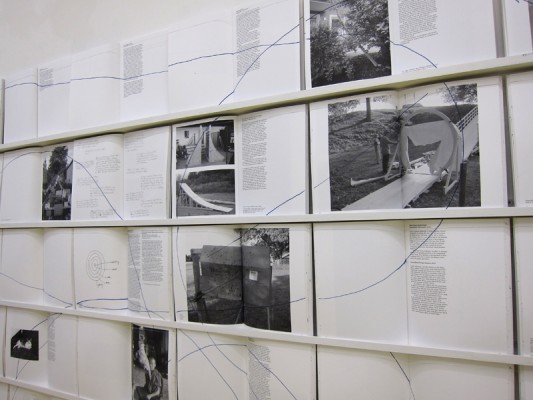