The following piece serves as a complementary material for the reading group the Art of Feminism with Aline Hernandez which will be devoted to thinking the ways in which artistic and cultural practices have contributed to struggles for justice. The text lights up specific moments of our history as a collective and speaks to the important role that radical imagination has had for us, in terms of our artistic practices and for purposes of political organization, wherein the two are not seen as distinct activities. The narrative simultaneously intermingles with fragments taken from our collective drawing Lavorare con Lentezza which was produced for Okhui Enwezor´s contribution to the 56thVenice Biennale, “All the world´s futures,” a gesture that should not be seen as being merely illustrative. The drawing, brought to life overnight, in “after-hours” as we often say, represented an effort in trying to explore this very imagination, or else the imaginaries that shape us, through which we are socialized. These can sometimes become a political force, they can ignite change and interconnections but they can also impose limitations and partitions. It is our contention that this dualism needs to be explored if we are to find better ways of being together and overcome it.

A north-eastern voice, is the voice of another north-eastern, all of them special ones:The story goes that the world started with a yes. A molecule said yes to another molecule, and so life was born. But before prehistory, a prehistory of prehistory existed, and a never existed, and yes existed. They were always there. 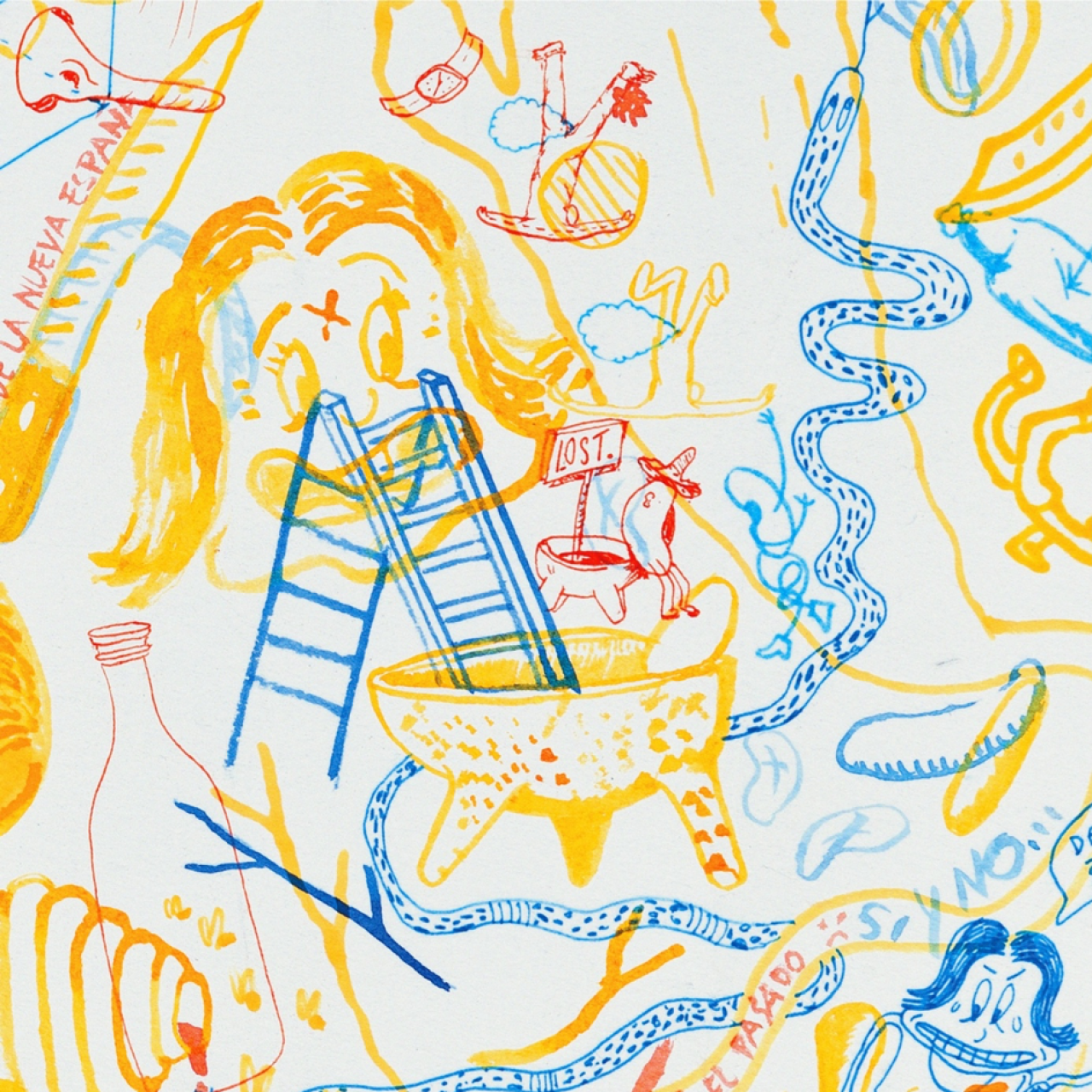 We will experiment against our habits, a narrative without beginning, a middle without an end, all followed by silence and the sounds of the falling rain, and heat as well, a heat that starts to strain through the window and the walls. While this happens, more questions that we cannot really answer will come to the fore, making it difficult for us to continue. So many sounds and sensations as well.

Start by saying something? If only there is anything worthwhile saying. We say that we see, we say what we live, we say what sees us and lives us and while trying to say all this, that other thing we were intending to express escapes us; it escapes away from our hands or it becomes transformed into something else; in any case, it flees us. Could it be that this is how imagination works? 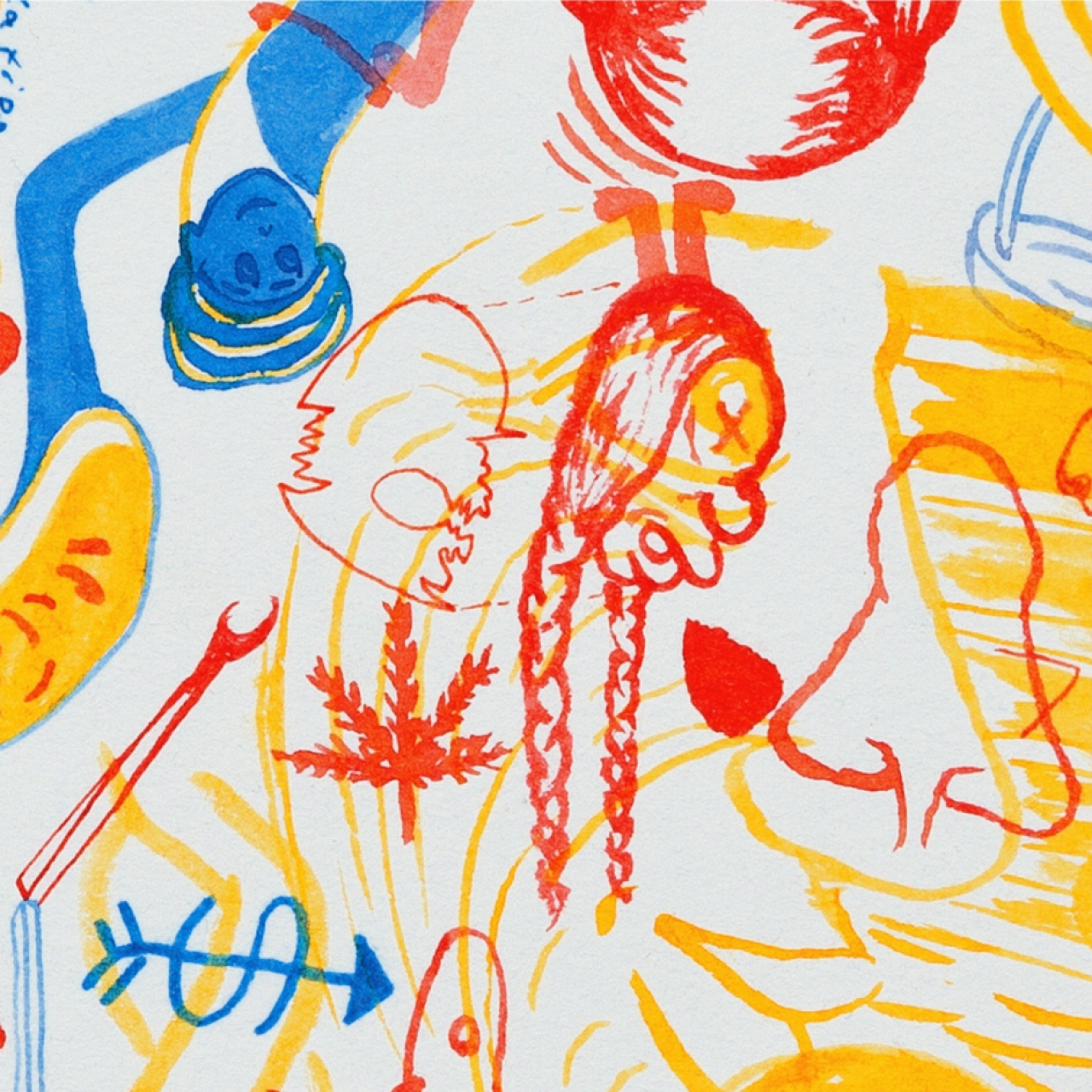 Writing about an “us,” that plural voice that emerged out of a need for a common imaginary and a living in common (without imagining us together there is no possibility for an us and without a possibility for an us there is no living as us). Another option is to go in-depth into the path that we have walked, that we have imagined for ourselves and through which we have also imagined ourselves; the path we inhabit and that has inhabited us, however, we feel incapable –at least momentarily—of realizing this because it would be a figment, to give a form while imagining a certain story and then leaving aside so many others.

We may instead start by sharing with you this incomplete and fragmented story, a walked pad that has taken us home, and that home has become a form of territory. The problem raised here is that the notion of a territory implies, in many cases, a form of belonging, of control, of possession. This conception obstructs our possibility of realizing territory as a space in common, as the place for the commons, or as a common space that escapes away from the logic of private property-extraction-mining and so forth.

When we think of a territory, far away from this given definition, we envision it as a certain disposition for a space created and to be created that radiates a possibility for (well)being together. Rejecting then the sense of territory as possession, as a space to be controlled -capitalized, acts against the logic that seeks to colonize everything. This movement, in turn, redirects us to the imagination, into all that that is imaginary. 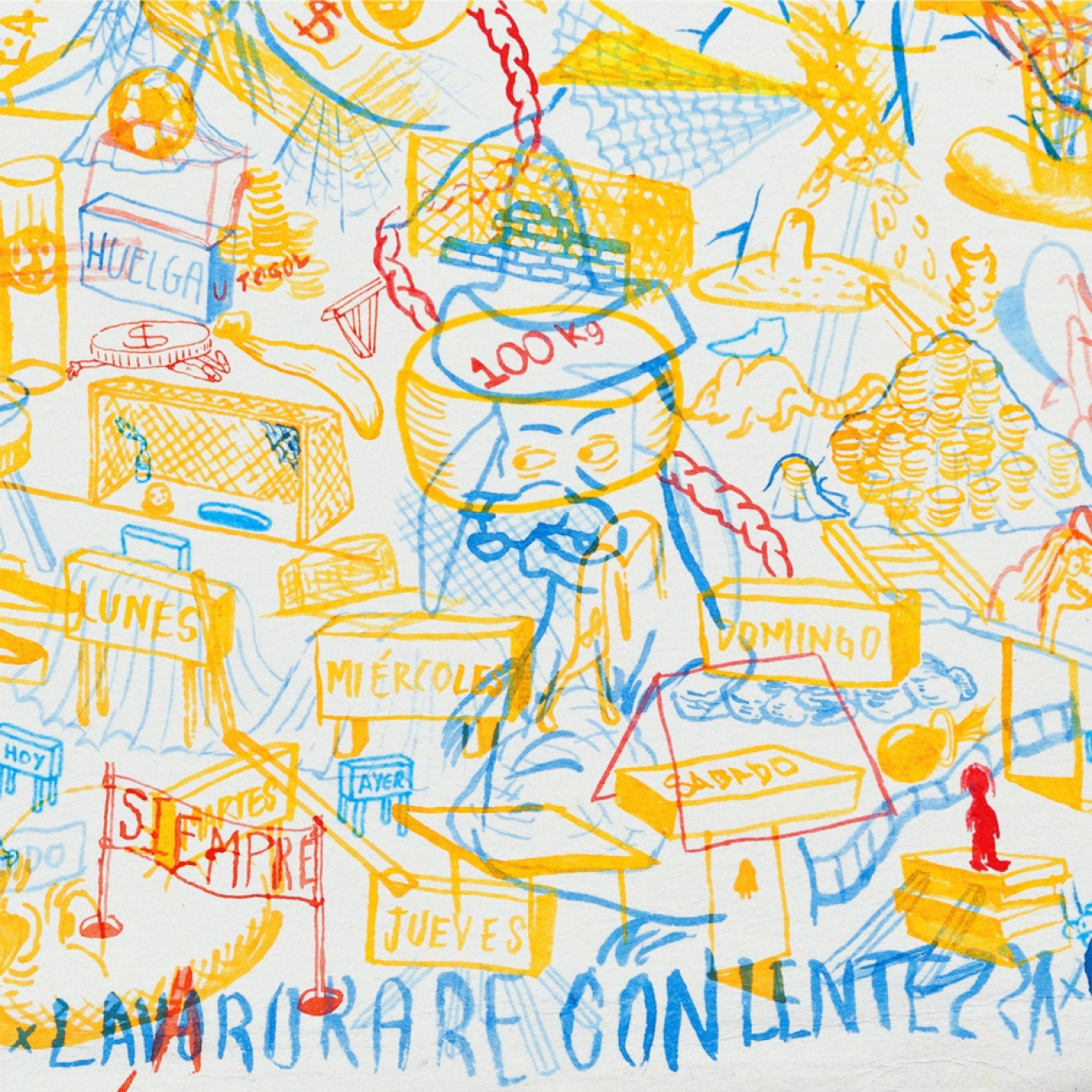 The imagined territory, imagined and to be imagined (ever open), is always a question to which we never find an answer for. It is always reinventing itself, affected by the contribution of time and space, by of our activities, potencies, presences, ideas, and overall constant questionings. That is how we shape and re-shape the place that we have decided to inhabit and that has too, inhabited us (MESHES). This is why we decide to imagine together, imagining creates imaginary, which in turns creates material realities, a special kind of reticular weaving that is. Furthermore, we cannot retake our “dignified right” to decide how and where we want to inhabit if we do not rebel against the imposed imaginaries. 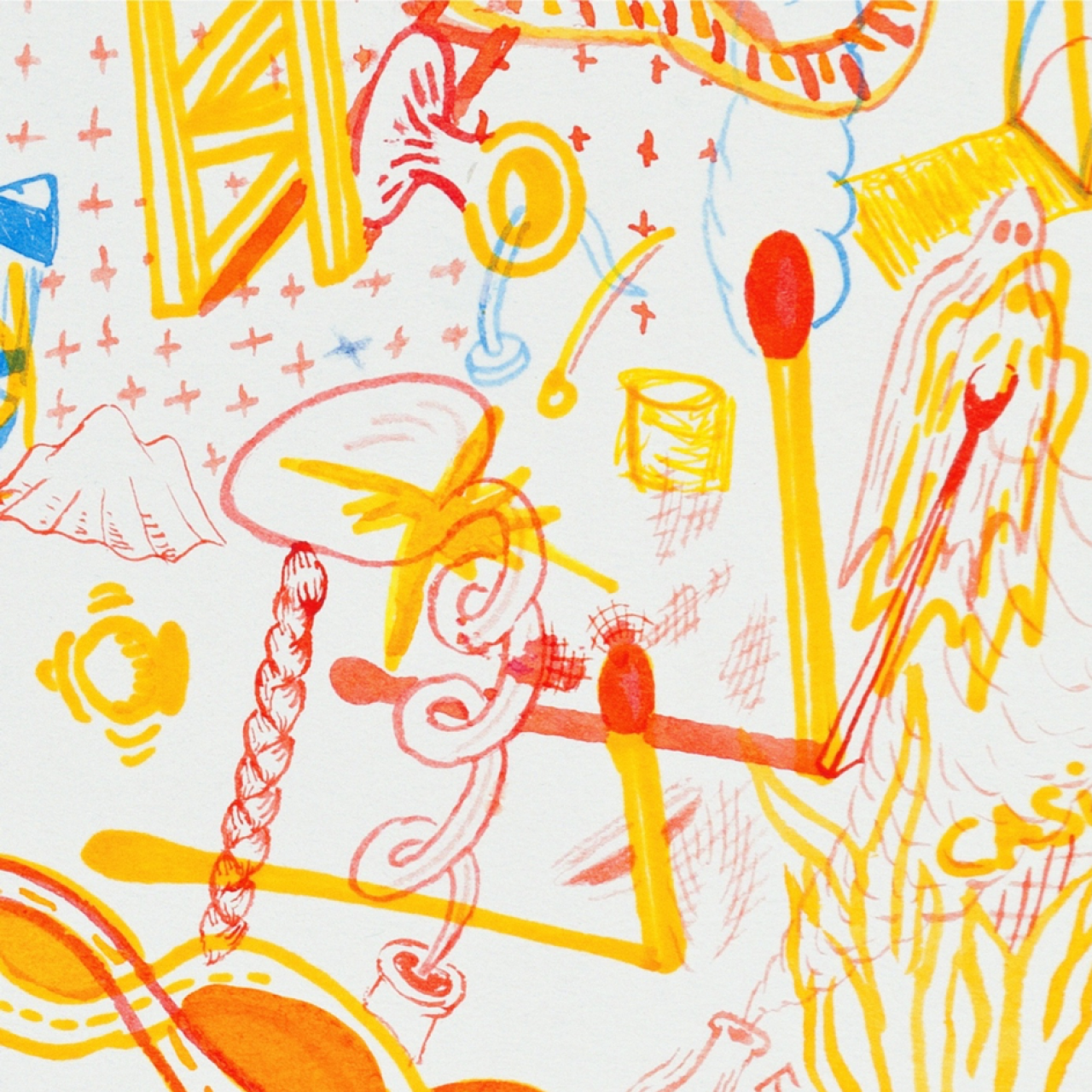 It is said that the reality of the imaginary is imagined, that it persists merely as a mental image, but we don´t believe so. We suspect that it is in concrete forms and worldlings from which we continue to self-form, away, very far away from “them”, or at least as far away as we have achieved to imagine (the possibility of an outside/beyond thereby being a life-making process).

What we do believe is that these concrete forms are always subject to change: find new significations, new formations. They mutate continuously, forming new metaphors while the old ones become detached-attached-unattached and like that successively which is why the really believe the metaphor to be an “alive matter”.

A specific memory: the occupation that happened in La Esmeralda.* It is something similar. It is a form of deciding how we wanted to inhabit and be inhabited by the space. The educational institution limited us into reproducing a certain form of inhabiting, a determined mode of being in space that at the same time steals or hinders other possible forms, hence confining everyone. Us, infected by other ways of being, creating, and other imaginaries, that is, infected by others, we managed to envision another logic beyond that marked by the institutional space. Examples like this are what makes us believe that the reality of the imaginary is not only imagined but resolves in-practice and stems from it as well.

We have the impression that from then on, something started to reveal itself, another imaginary started to walk, understanding that life in common, our life in the commons and in common may require other imaginary configurations for it to be feasible. Let´s say that maybe, another form of potential being came into effect, a universe like Emmanuel Lizcano would say. 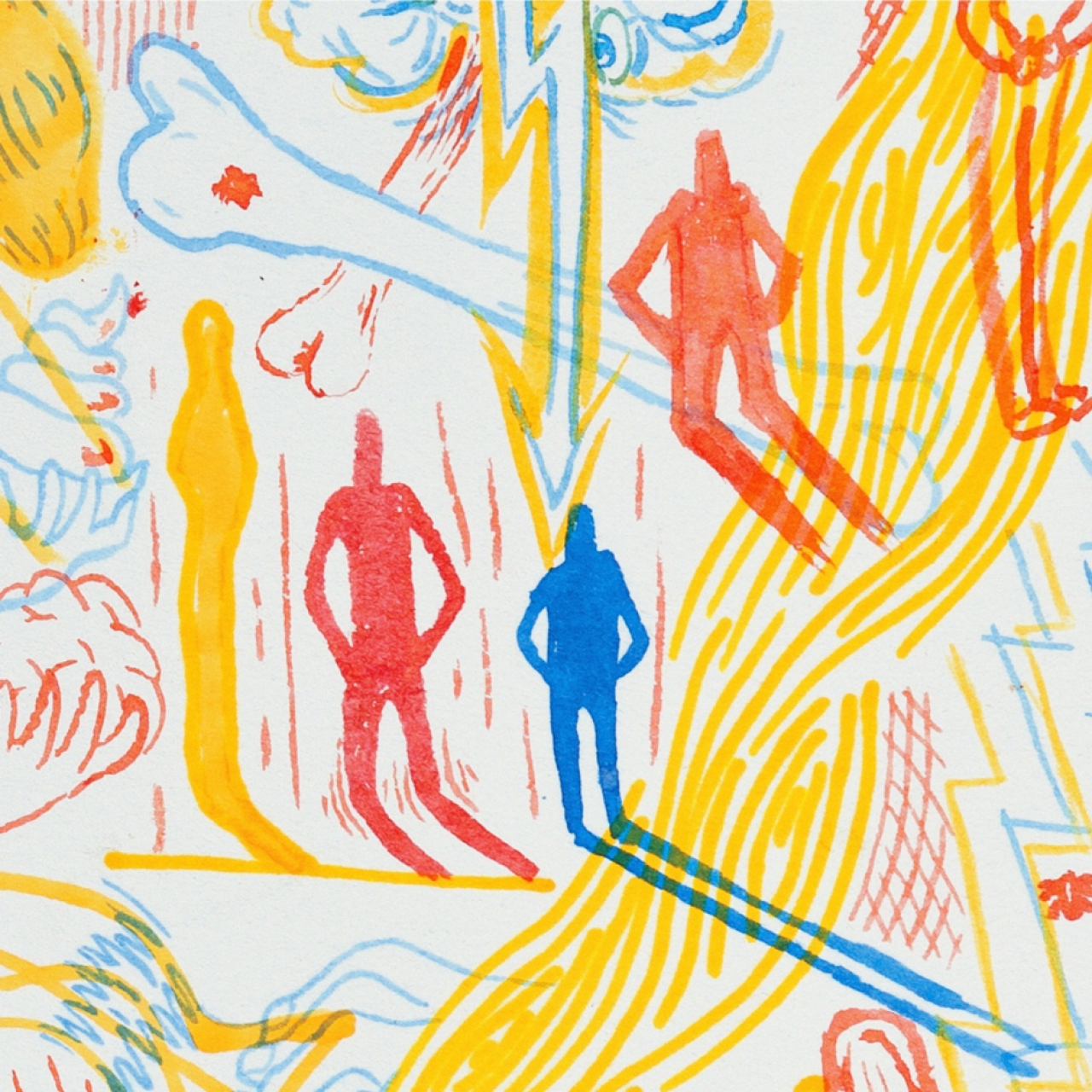 Following this, we could argue that creating a territory, firstly implies a recovery-retrieval-healing. Before we need to imagine how to imagine otherwise, that otherwise being done autonomously yet in interdependency.

The territory is something like the metaphor of the imagined because through it comes to light what is not said while saying, what it is said that is felt: the unknown of all knowledge, its imaginary anchor. A territory is the anchor of anything that has been imagined and is to be imagined, it is the anchor of the transformation, of the metaphor as well. Metaphors fix us in/to certain realities, to certain forms of living.

We do not believe in something like the “territory” because, in every new form of living, another form is born. Such thing as “the territory” in abstract certainly comes through the lenses of a statist and nationalistic vision, and like everything that has to do with the state, it includes some people, leaving outside many. Their deadly project is re-produced.

The metaphor, in this way, implies imagining, creating new visions truly linked to the autonomous processes, to others engaged in these struggles without losing sight of important and meaningful differences. That living metaphor should be repeated because autonomy is life. 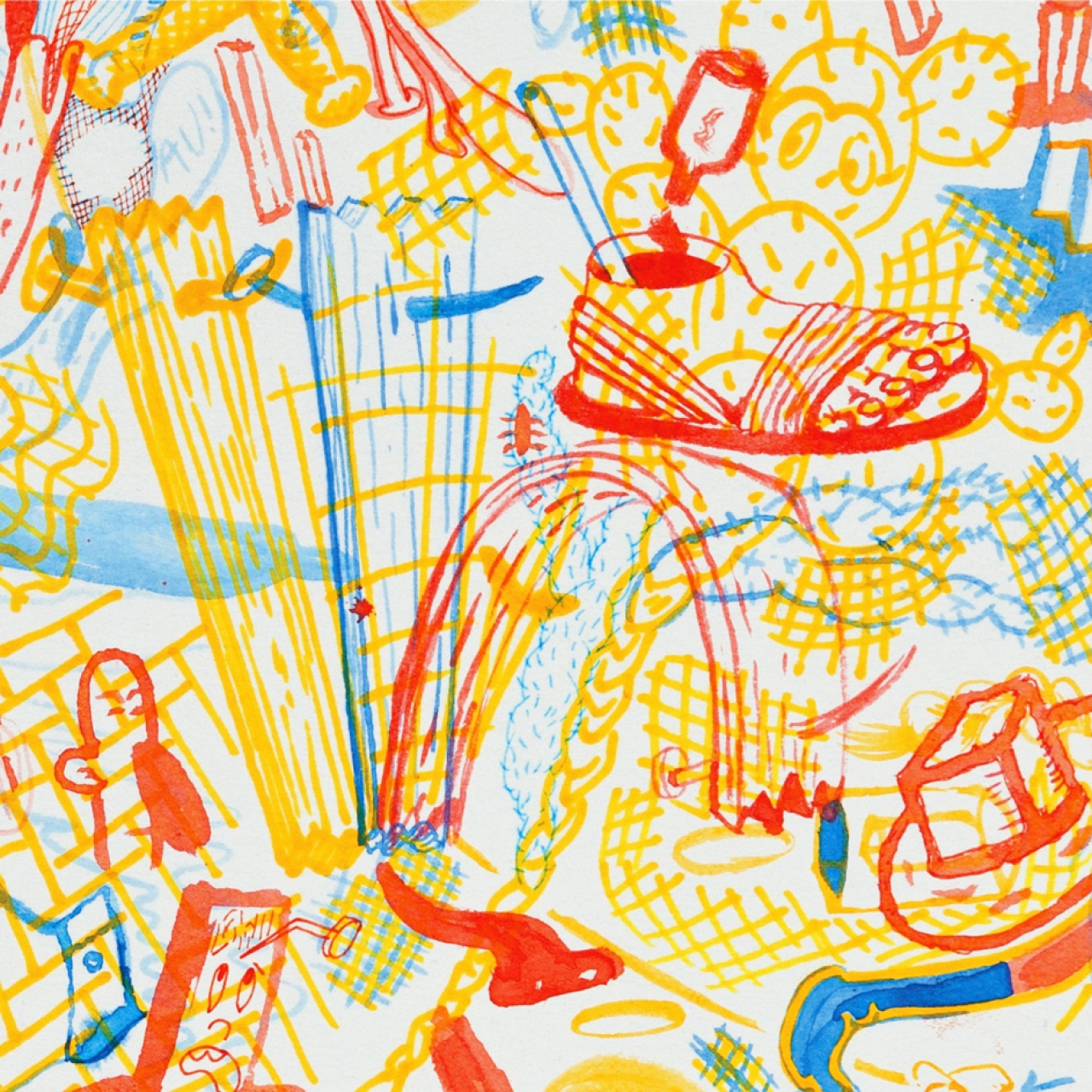 Through the emergency and collective achievement of new metaphors, the autonomy of the imaginary to remake itself is expressed, altering itself under new configurations. We think that not all that is imagined is necessarily autonomous, or leading towards there, therefore not all imaginaries have the possibility to remake themselves.

The imaginaries we are dealing with or aiming for concern a certain type that strive for life. Maybe we might say that any given territory that is autonomously created, is a result of rebellious imaginaries and when in revolt, an imaginary is thus the aftermath of autonomous imaginations, lively imaginations. But who knows if there is something like an applicable formula, most likely there isn´t.

We, however, believe that a constant of ours has been sharpening efforts to see colours in blacks, hear sounds in silence, imagine other forms of territory-ready-to-be-inhabited, that we can inhabit; to create, that we create in the middle of a bloody war perpetratedby the narco-state along with their sicarios-politicians.* 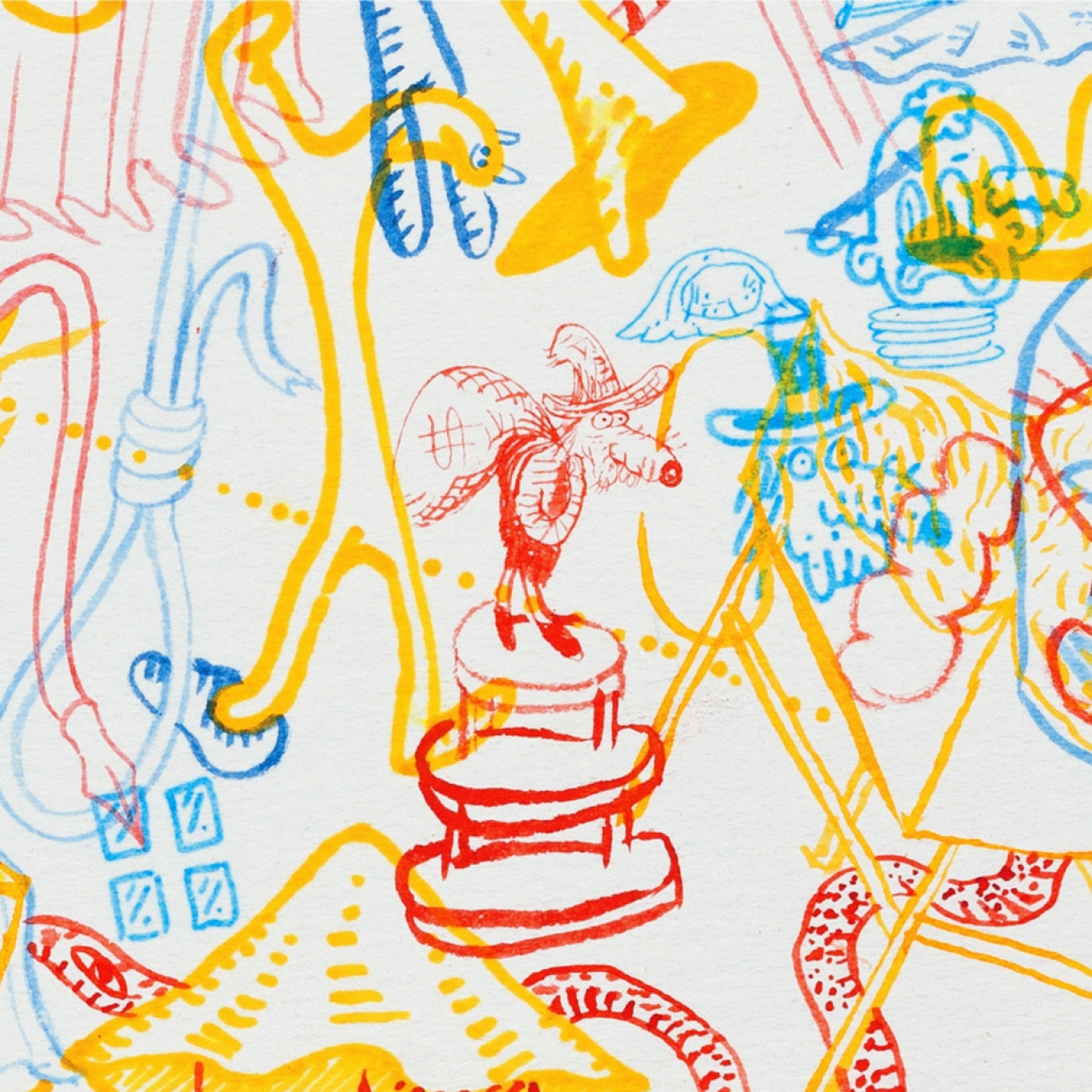 They will always want to show us how to (un)live and therefore to show us what territories (not) to create and which ones not to pierce through.

“Us” attempts to point out to unruly ones that acting as bricoleurs, picking us residues here and there (linguistically-formulated leftovers, symbols, materials, etc.) more or less randomly, more or less strategically, recombine them all like creating something like a kaleidoscope with its small crystals and multiple forms and colours.

We go around there, as bricoleurs? —– Without you and you and you there will be no “us” and there is no collective territory nor given imaginaries sharedwithout any of us. Sharing is still good. So many sounds.

* La Esmeralda refers to the National School of Painting, Sculpture and Printmaking in México.

* Sicario is a variant of hitman used when referring to Latin American drug cartels.

Cooperativa Cráter Invertido is a Mexico City-based collective established in 2011. Composed of eight members educated in visual arts, art history, and free media, they evenly run a space that functions as a workshop for multidisciplinary projects. 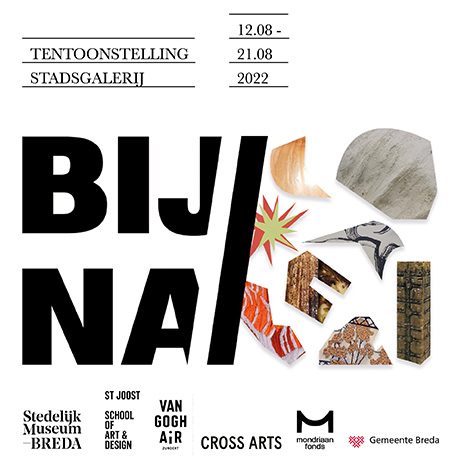 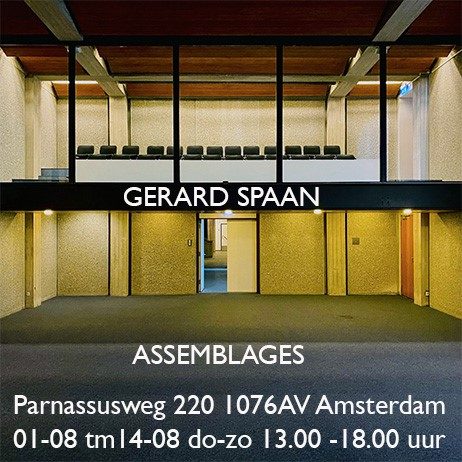