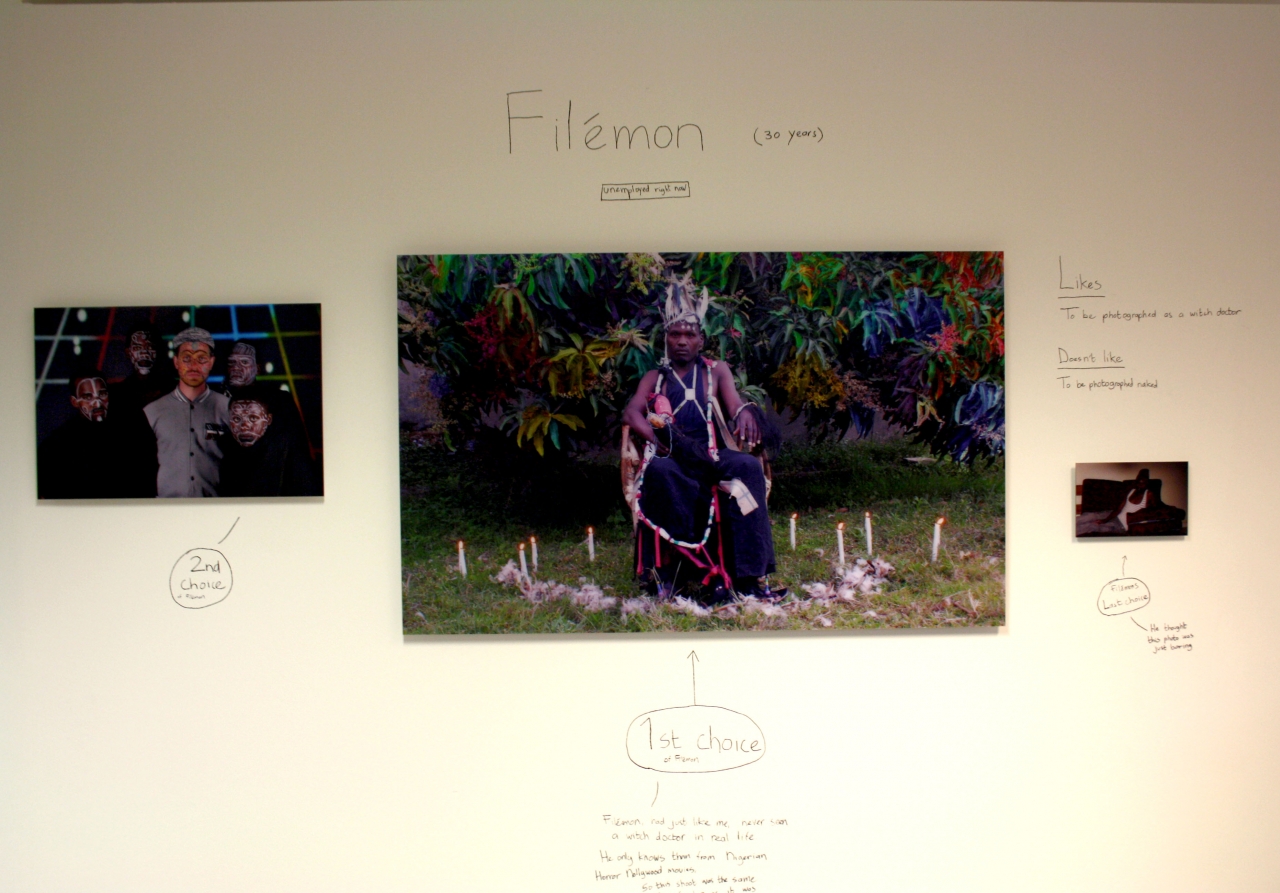 Filémon (30 years), unemployed right now. 2nd choice. 1st choice: Filémon had just like me, never seen a witch doctor in real life. He only knows them from Nigerian Horror Nollywood movies. So this shoot was the same for him as it was for me. Filémons Last choice: he thought this photo was just boring. 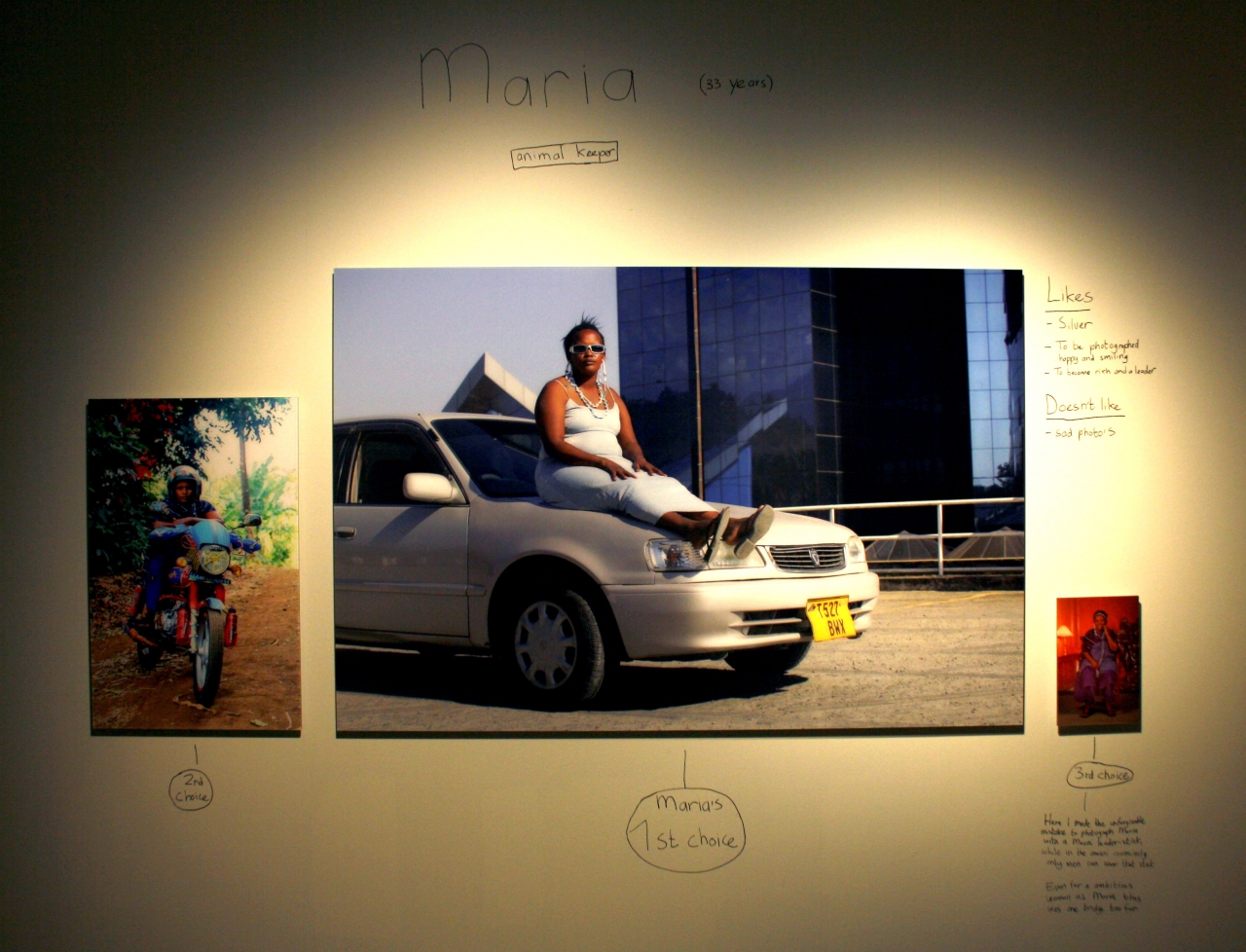 Maria (33 years), animal keeper. 2nd choice, Maria’s 1st choice, 3rd choice: Here I made the unforgivable mistake to photograph Maria with a Masai leader stick, while in the Masai community only men can wear that stick. Even for a abitious woman as Maria this was one bridge too far.

Likes: Silver, To be photographed happy and smiling, To become rich and a leader
Doesn’t like: sad photo’s 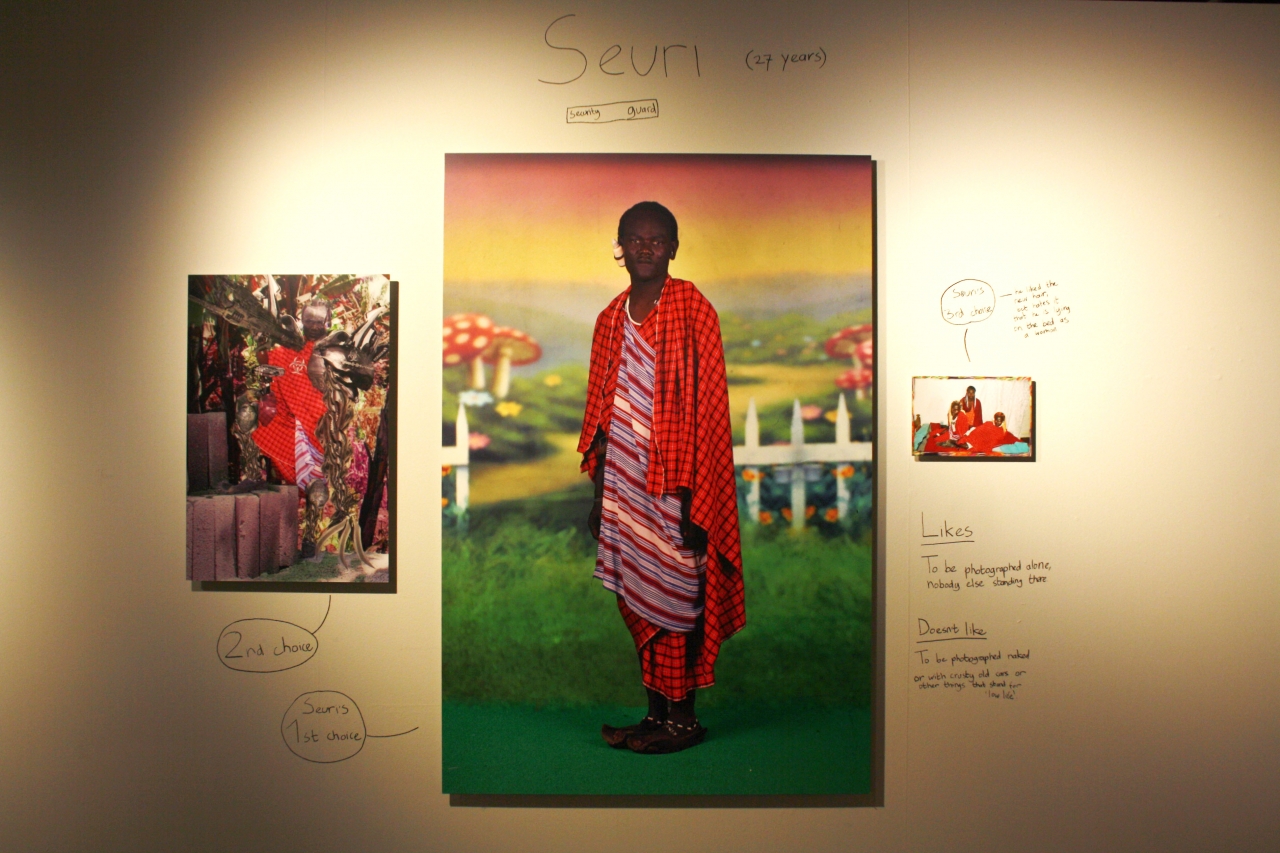 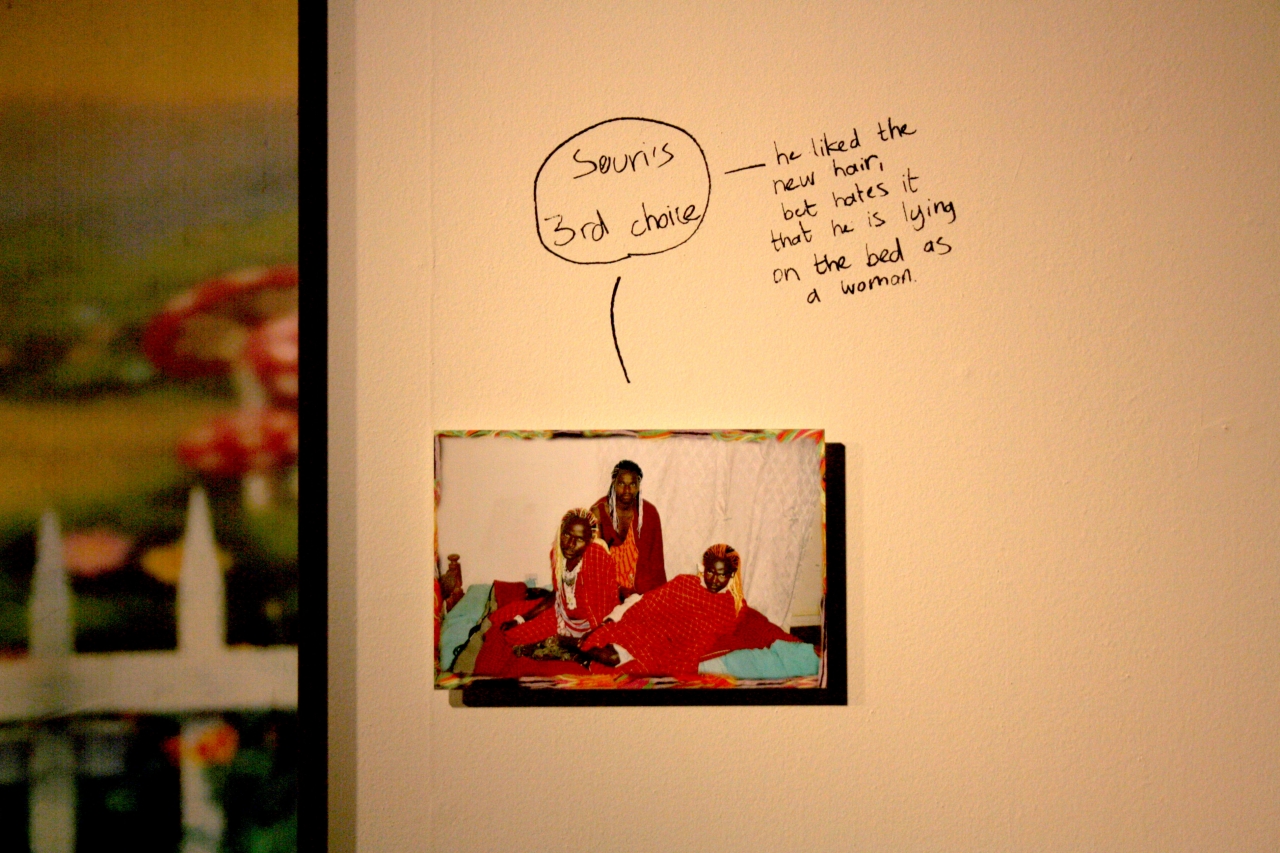 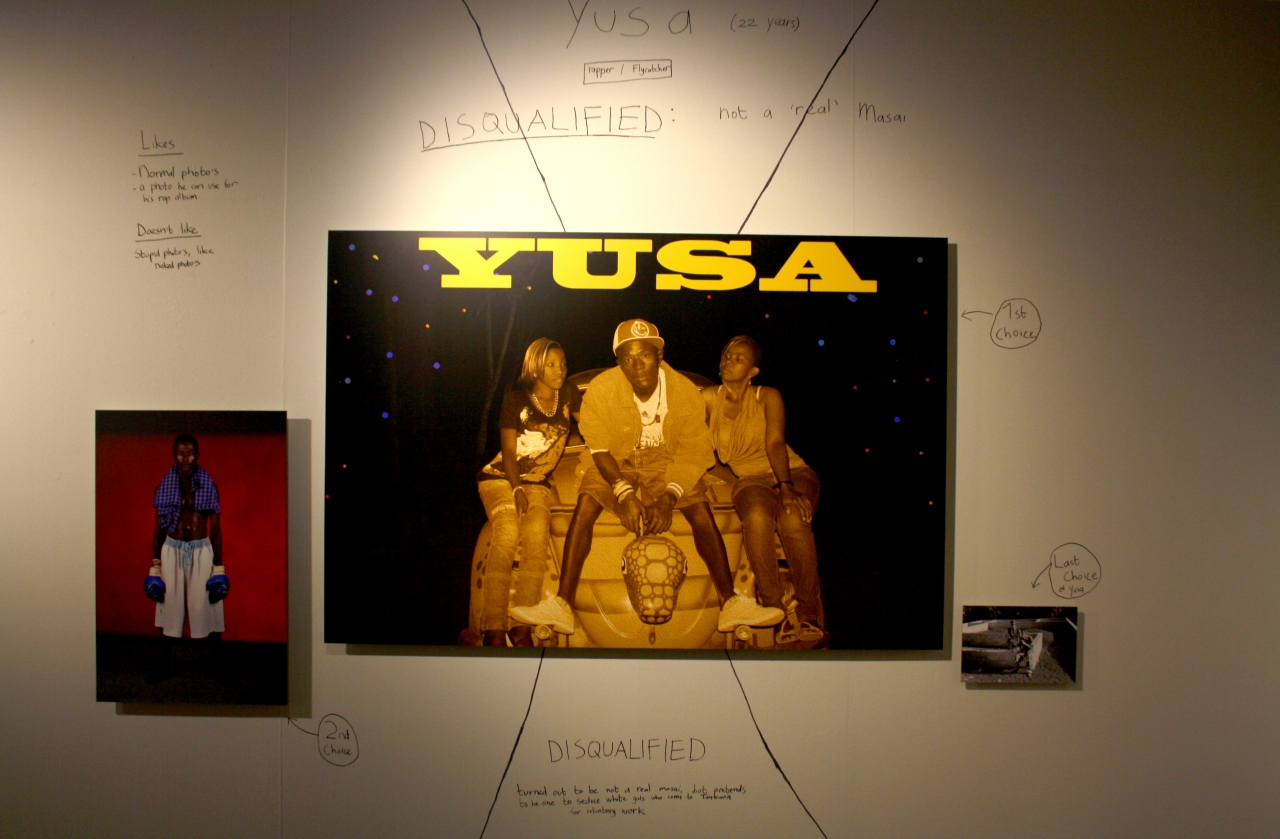 Yusa (22 years), rapper/Flycather. DISQUALIFIED: not a ‘real’ Masai. 2nd choice, 1st choice, last choice of Yusa. Turned out to be not a real masai, but pretends to be one to seduce white girls who come to Tanteania for voluntary work.

Likes: Normal photo’s, a photo he can use for his rap album.
Doesn’t like: Stupid photo’s, like naked photo’s 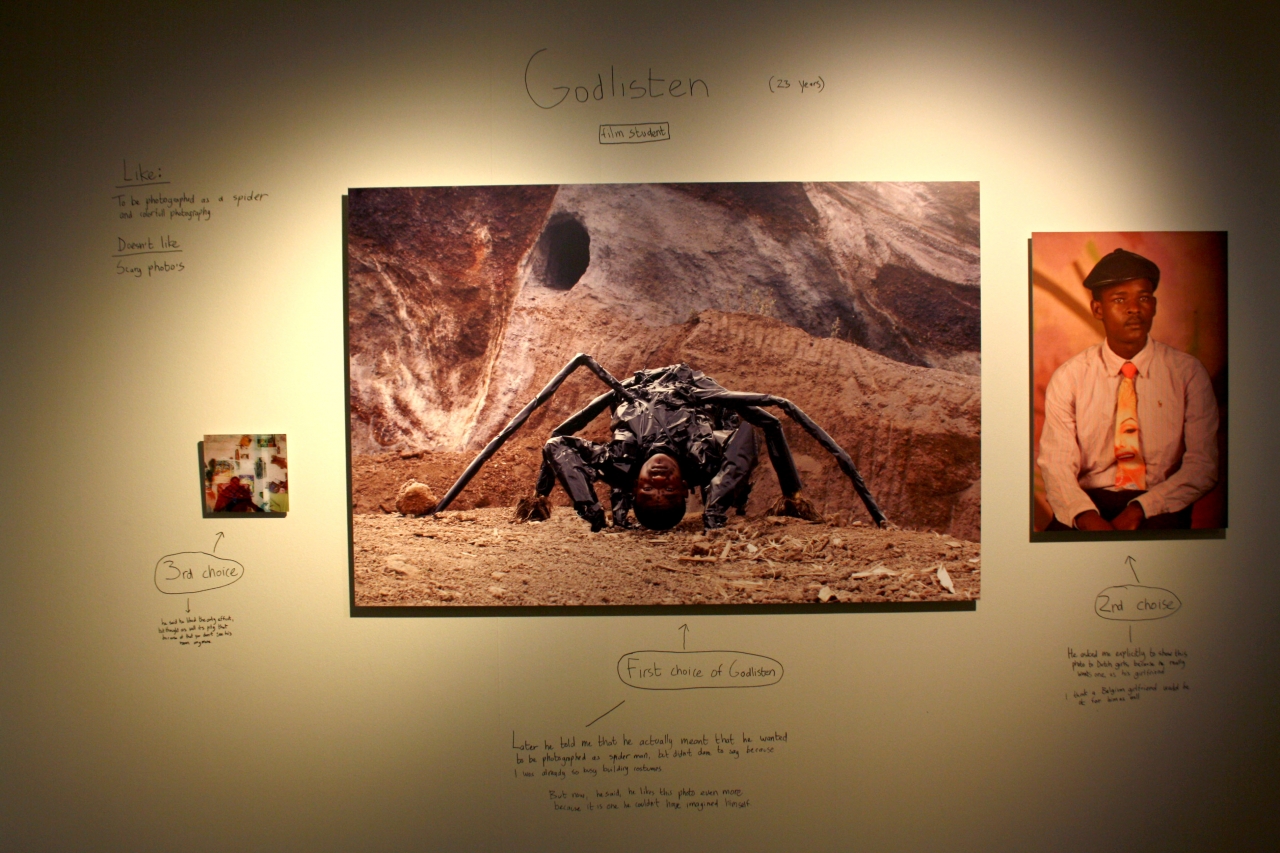 Godlisten (23 years), film student. 3rd choice, he said he liked the arty effect, but thought as well it’s pity that because of that you don’t see his room anymore. First choice of Godlisten, later he told me that he actually meant that he wanted to be photographed as spider man, but didn’t dare to say because I was already so busy building costumes. But now, he said, he likes this photo even more because it is one he couldn’t have imagined himself. 2nd choice, he asked me explicitly to show this photo to Dutch girls bevause he really wants one as a girlfriend. I think a Begium girlfriend would be ok for him as well. 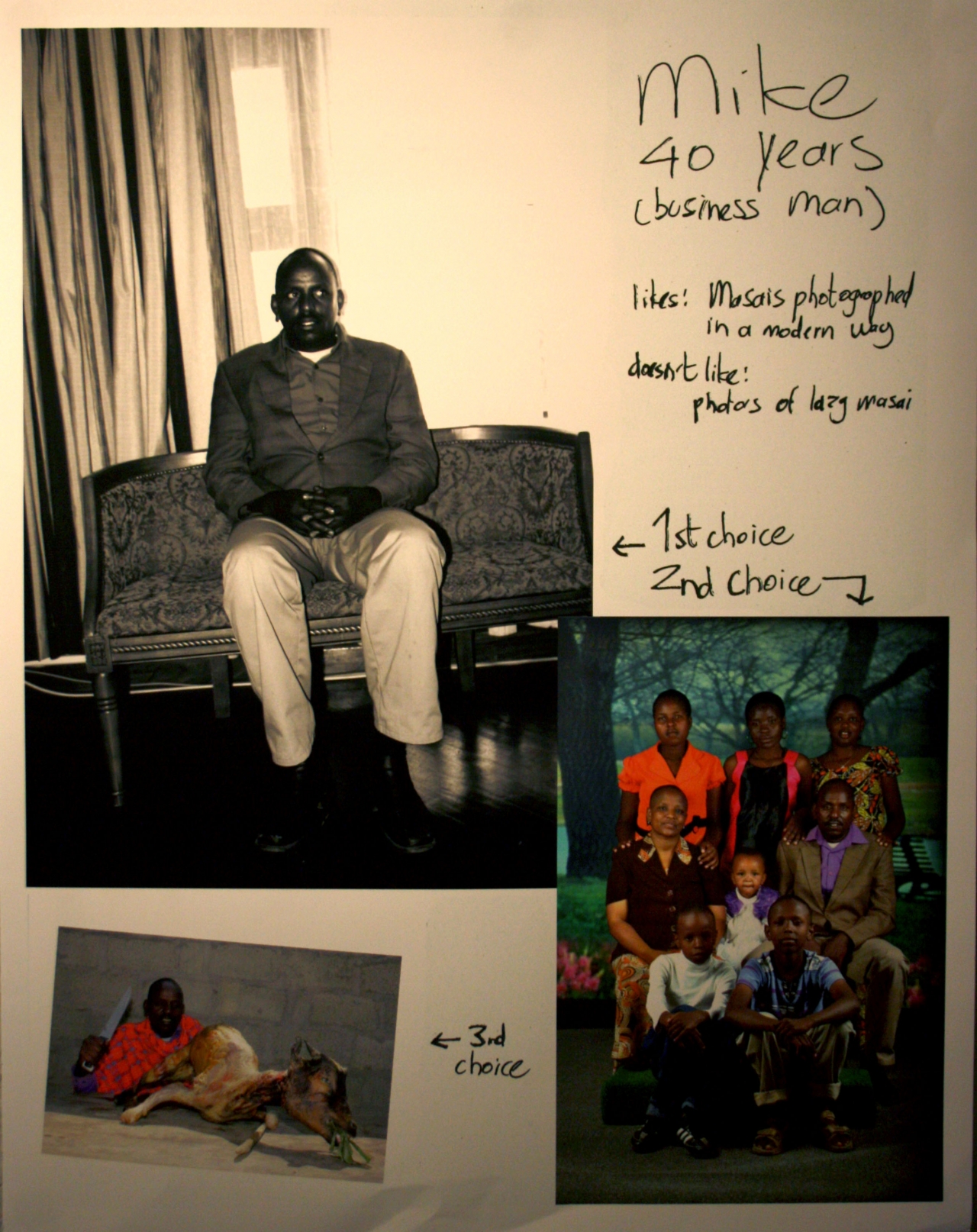 Likes: Masais photographed in a modern way
Doesn’t like: Photo’s of lazy masai. 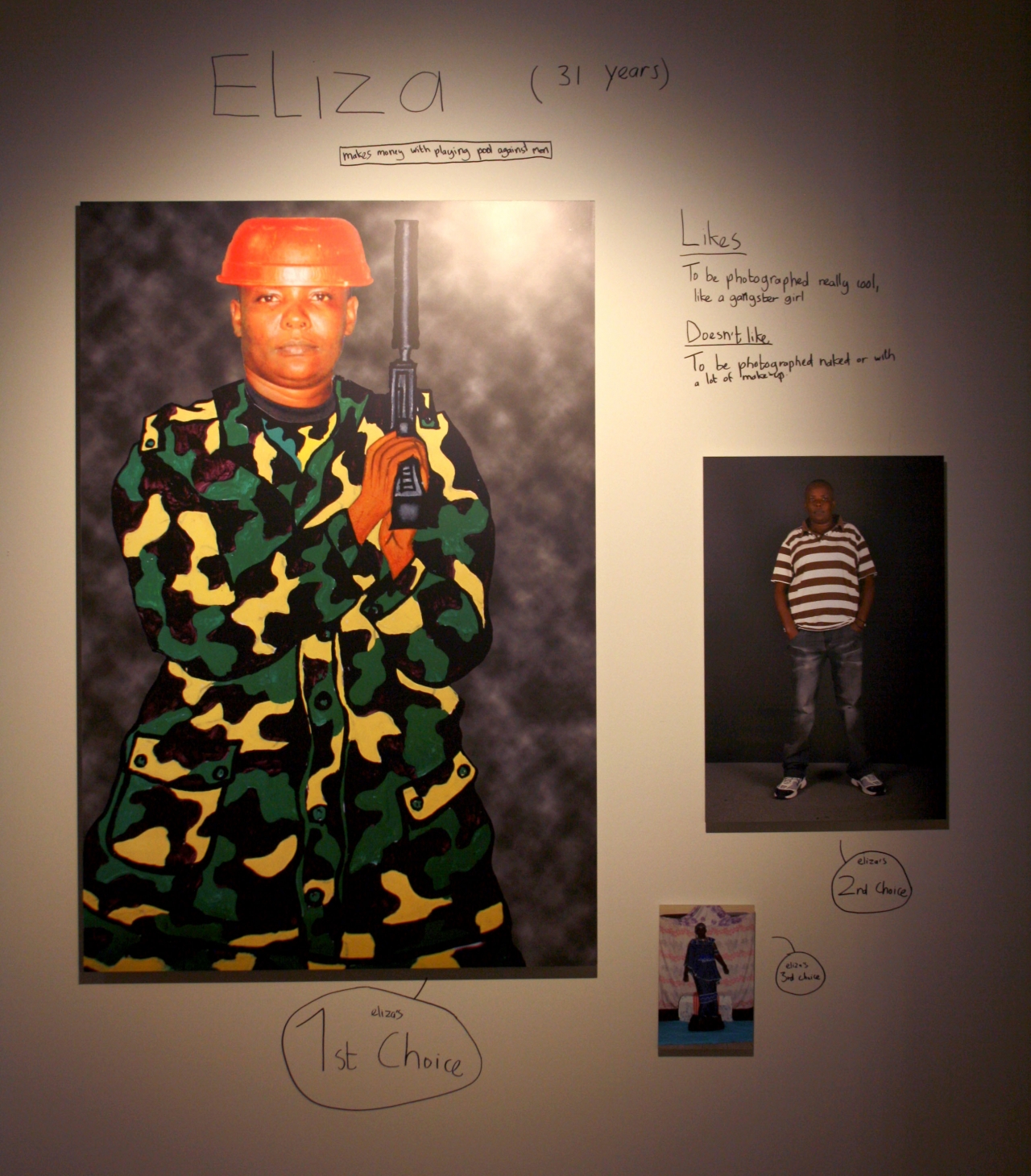 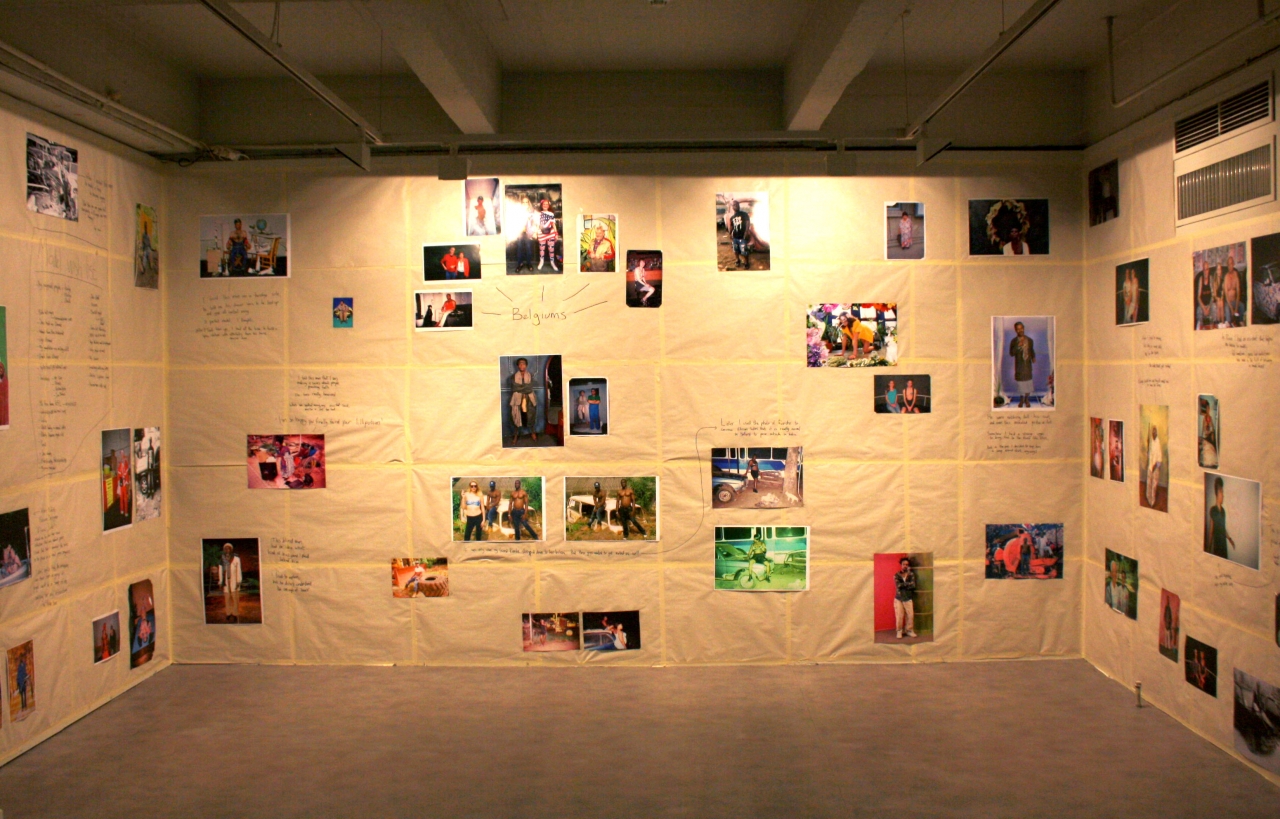 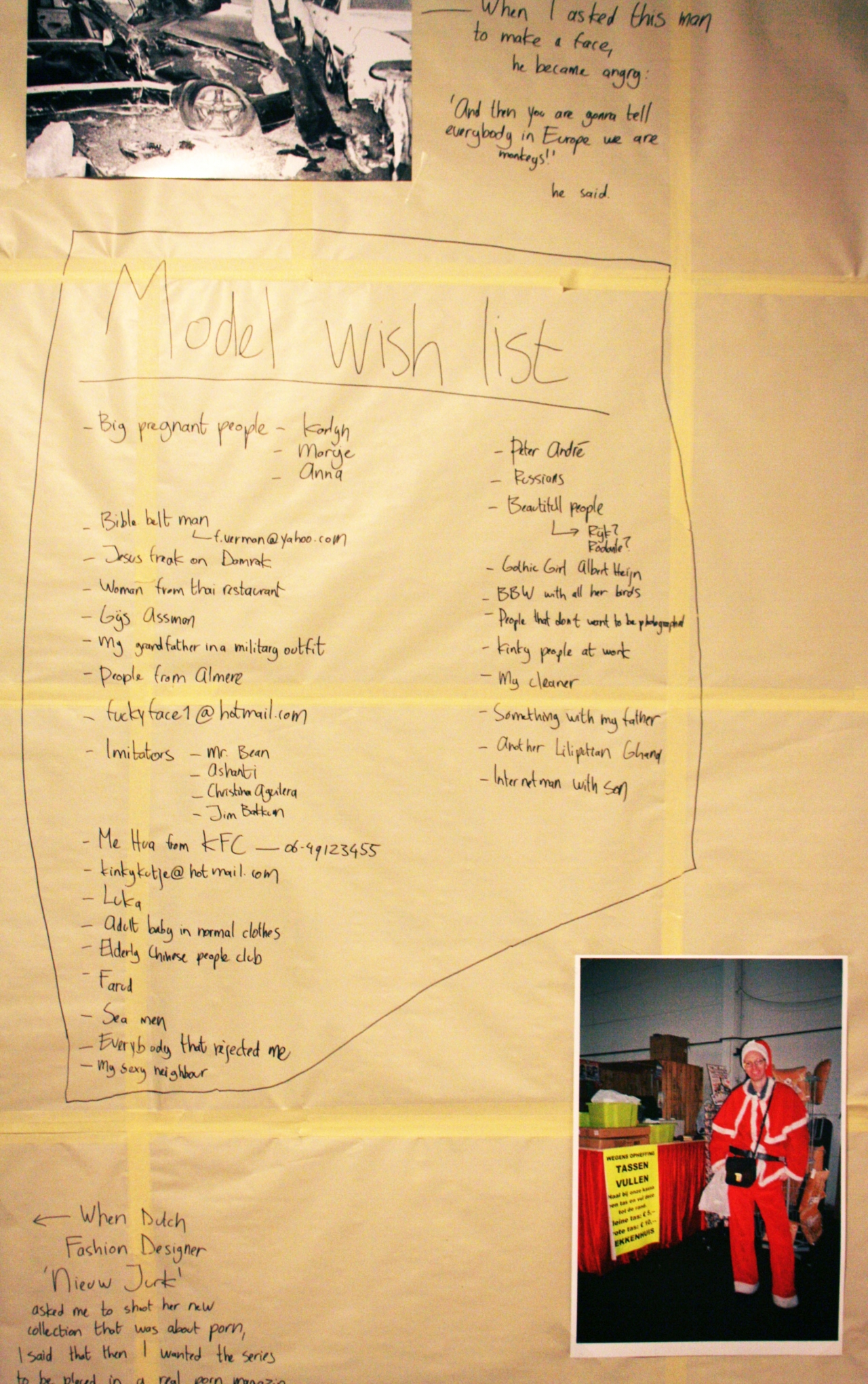 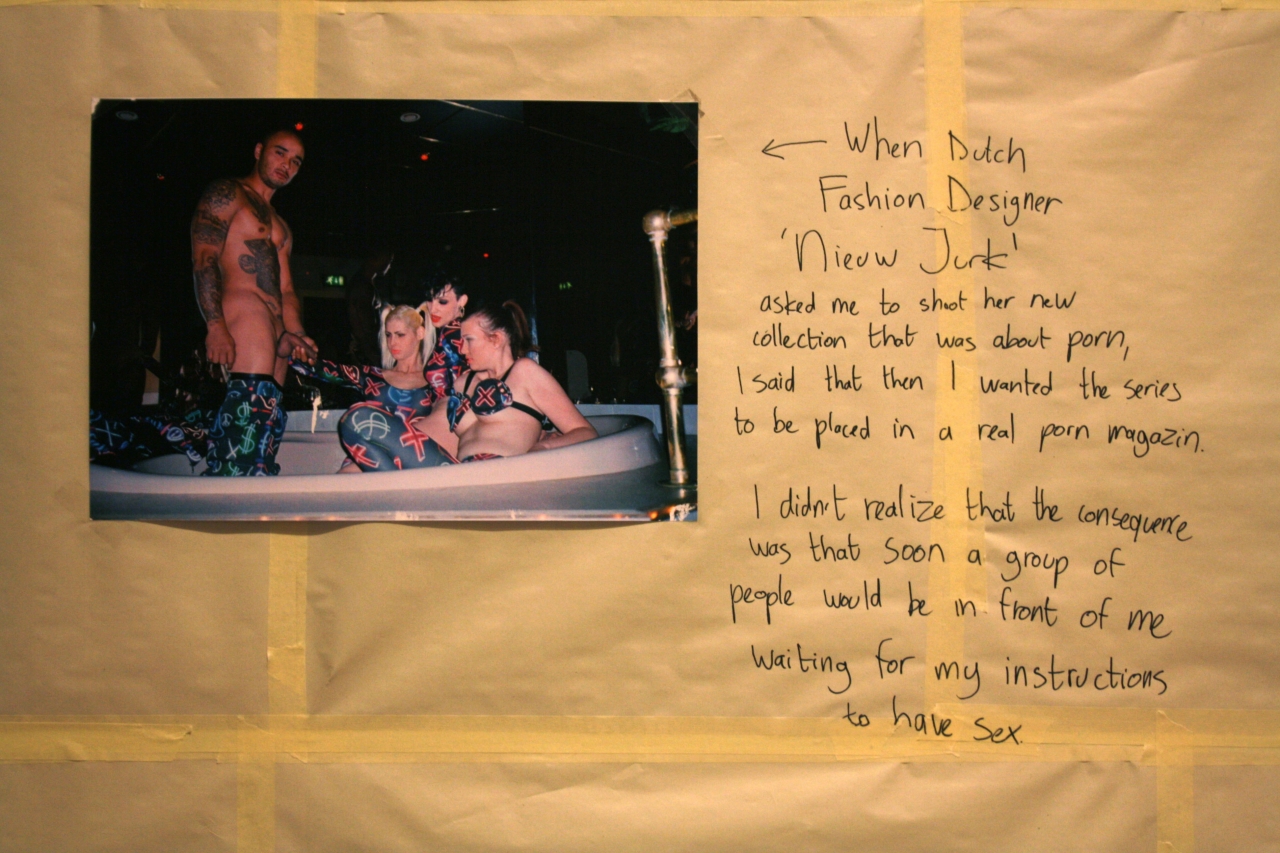 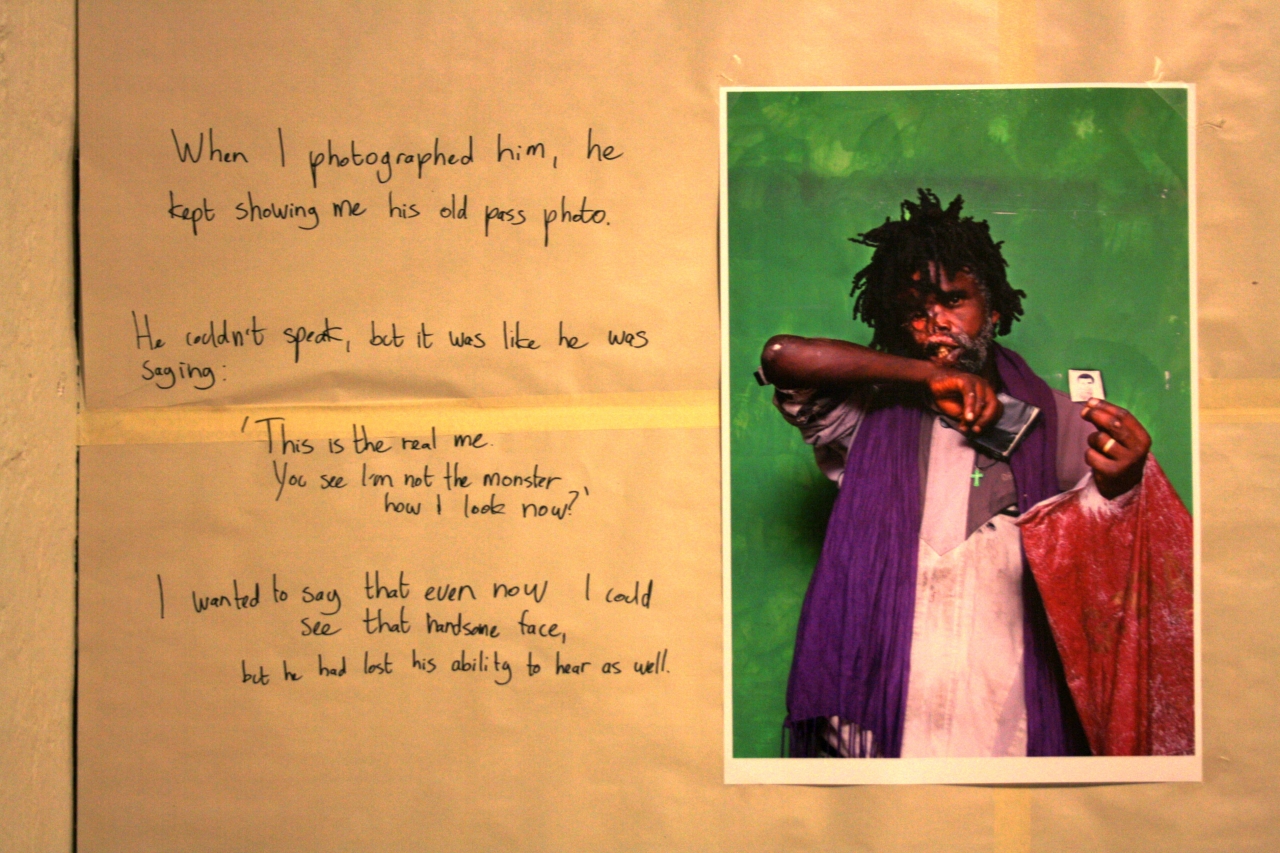 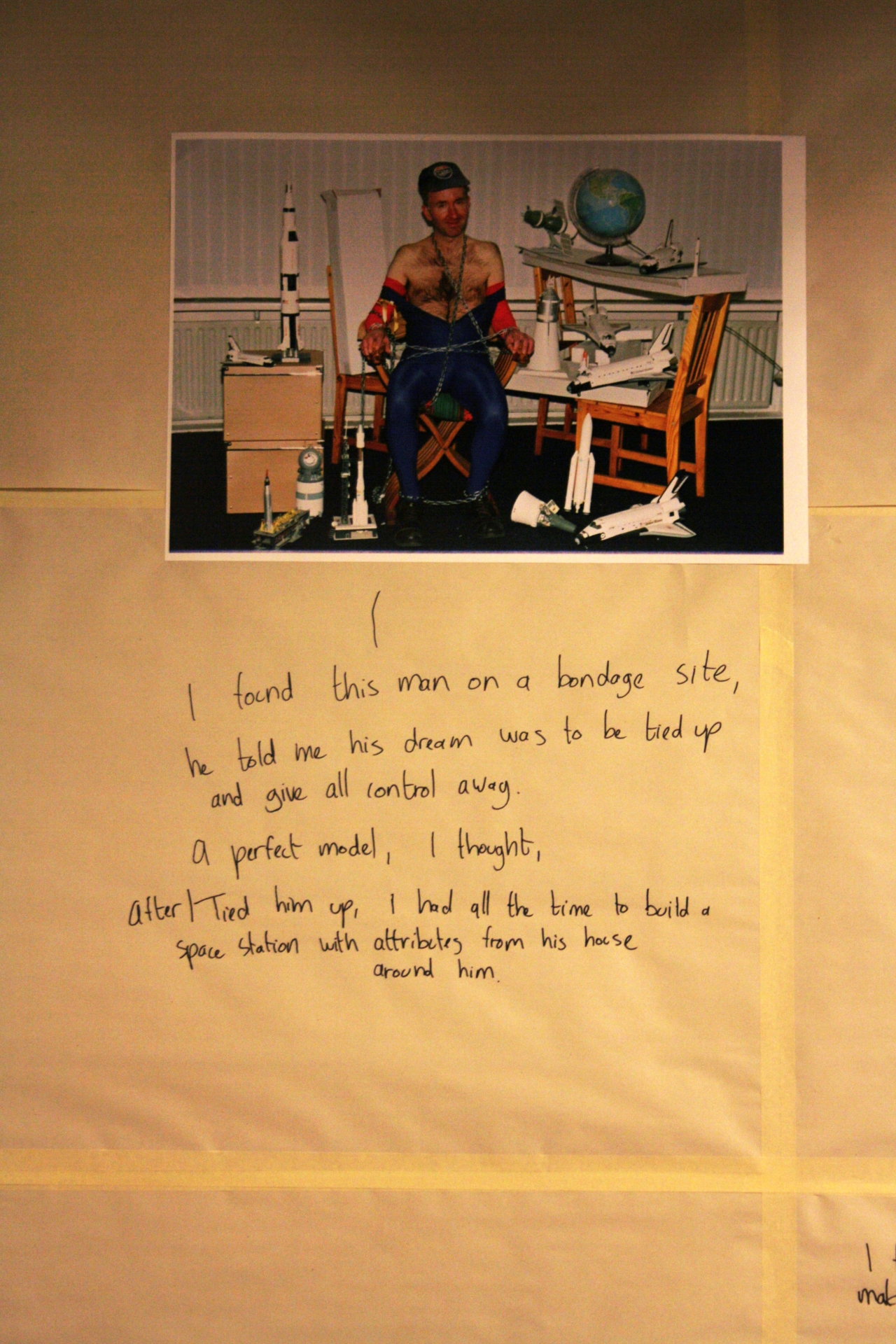 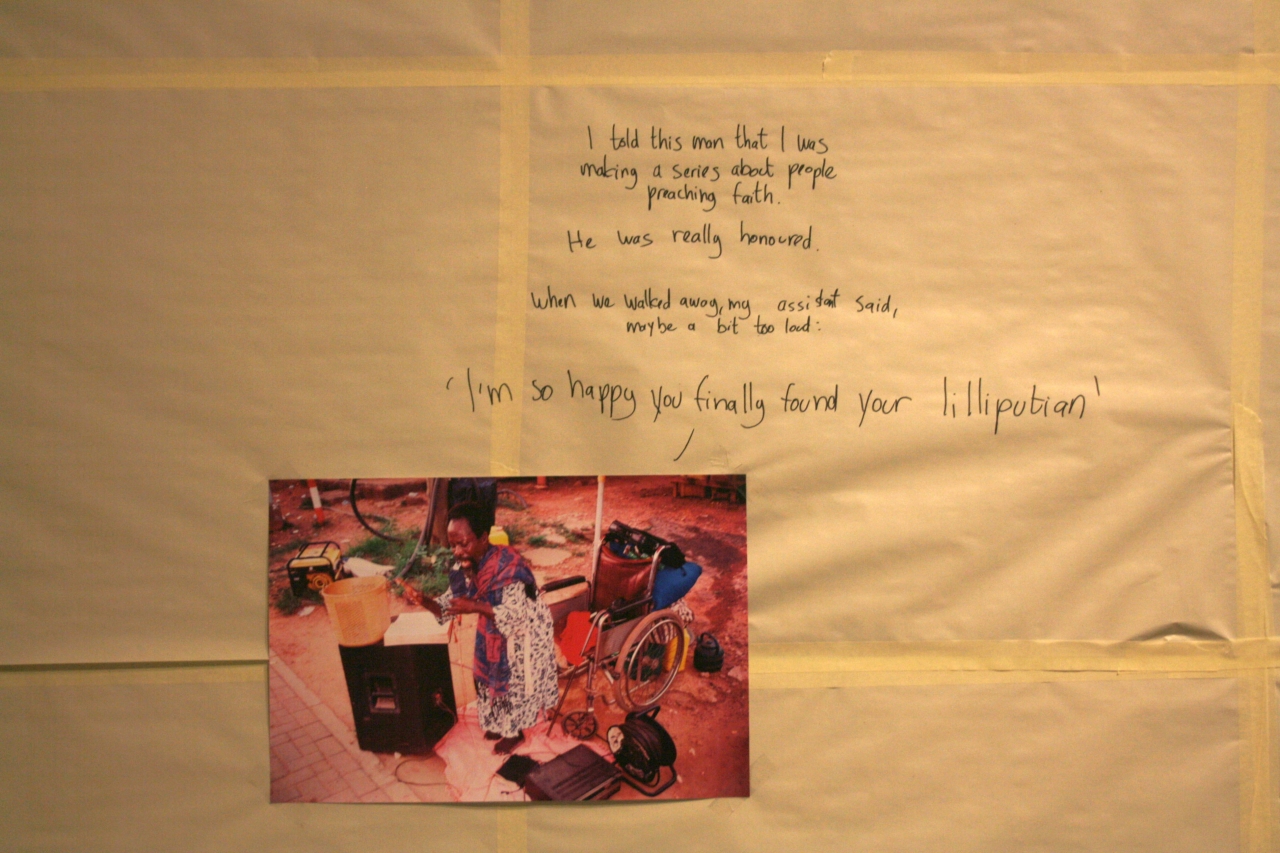 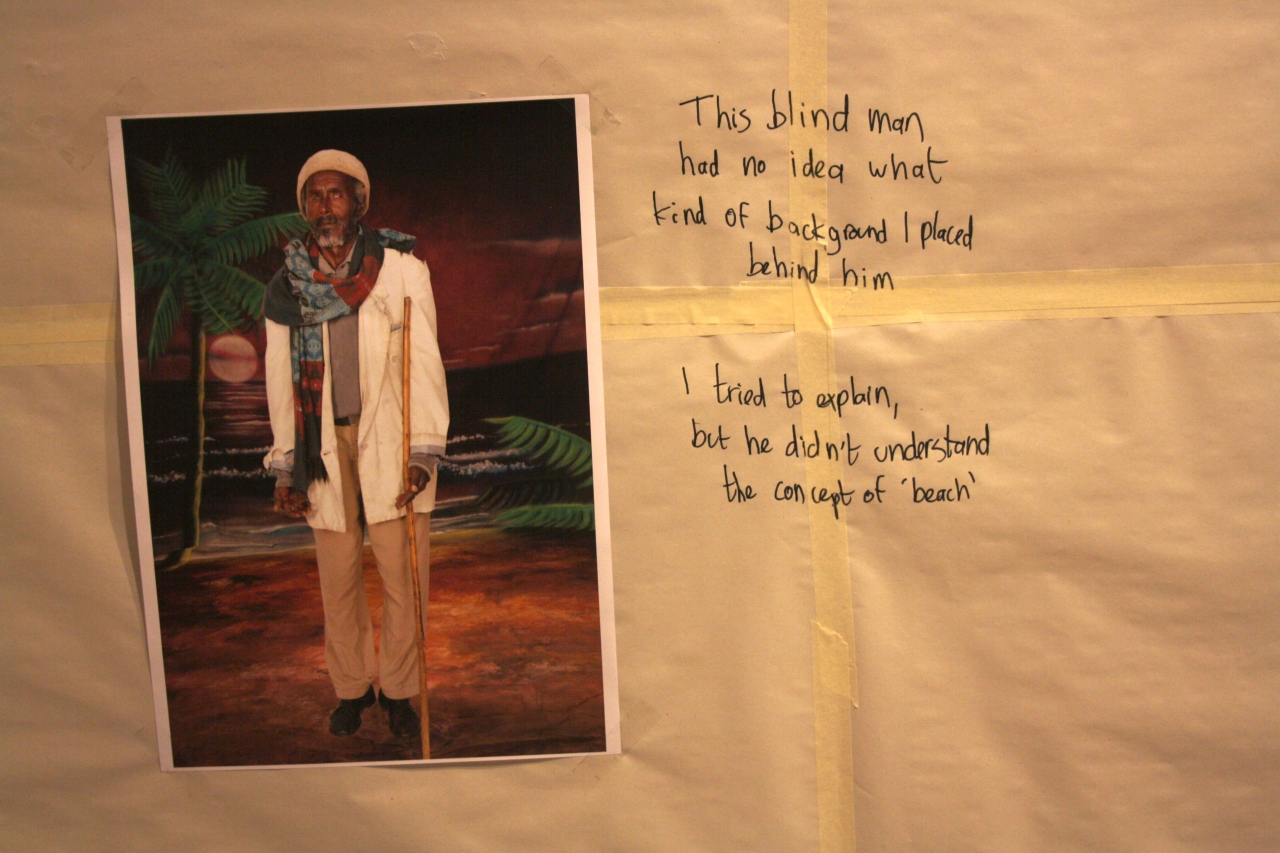 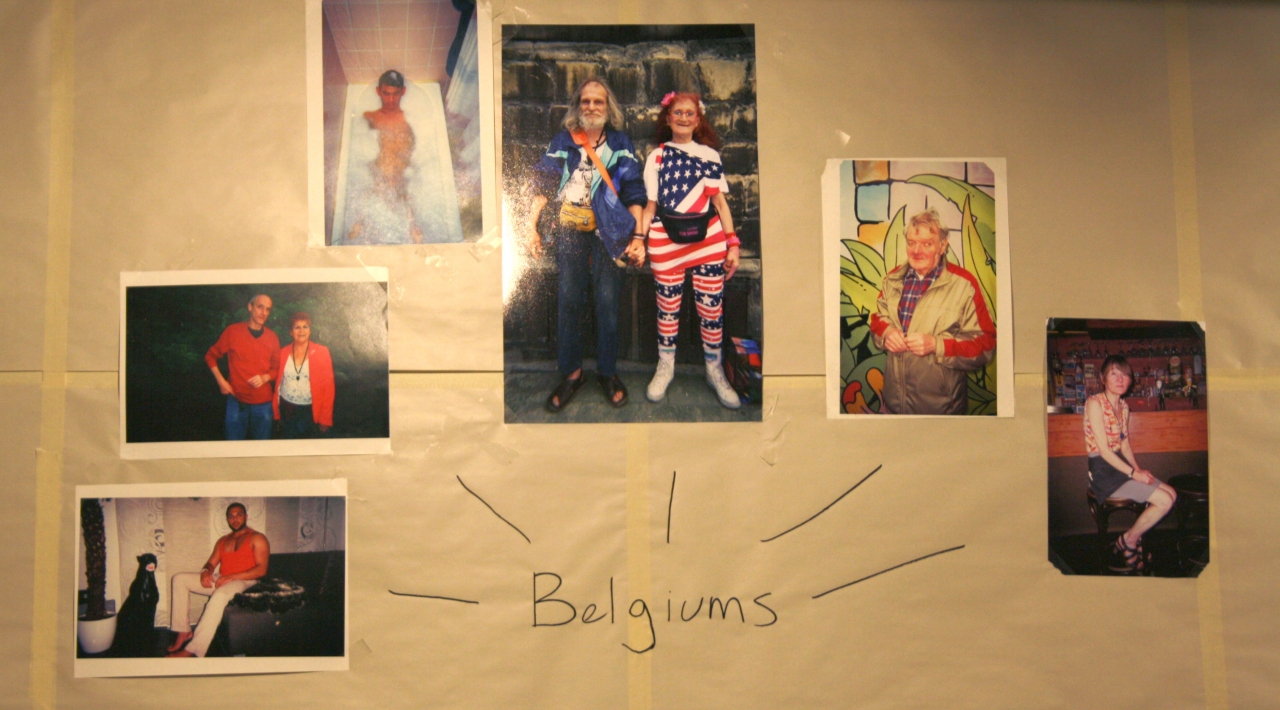 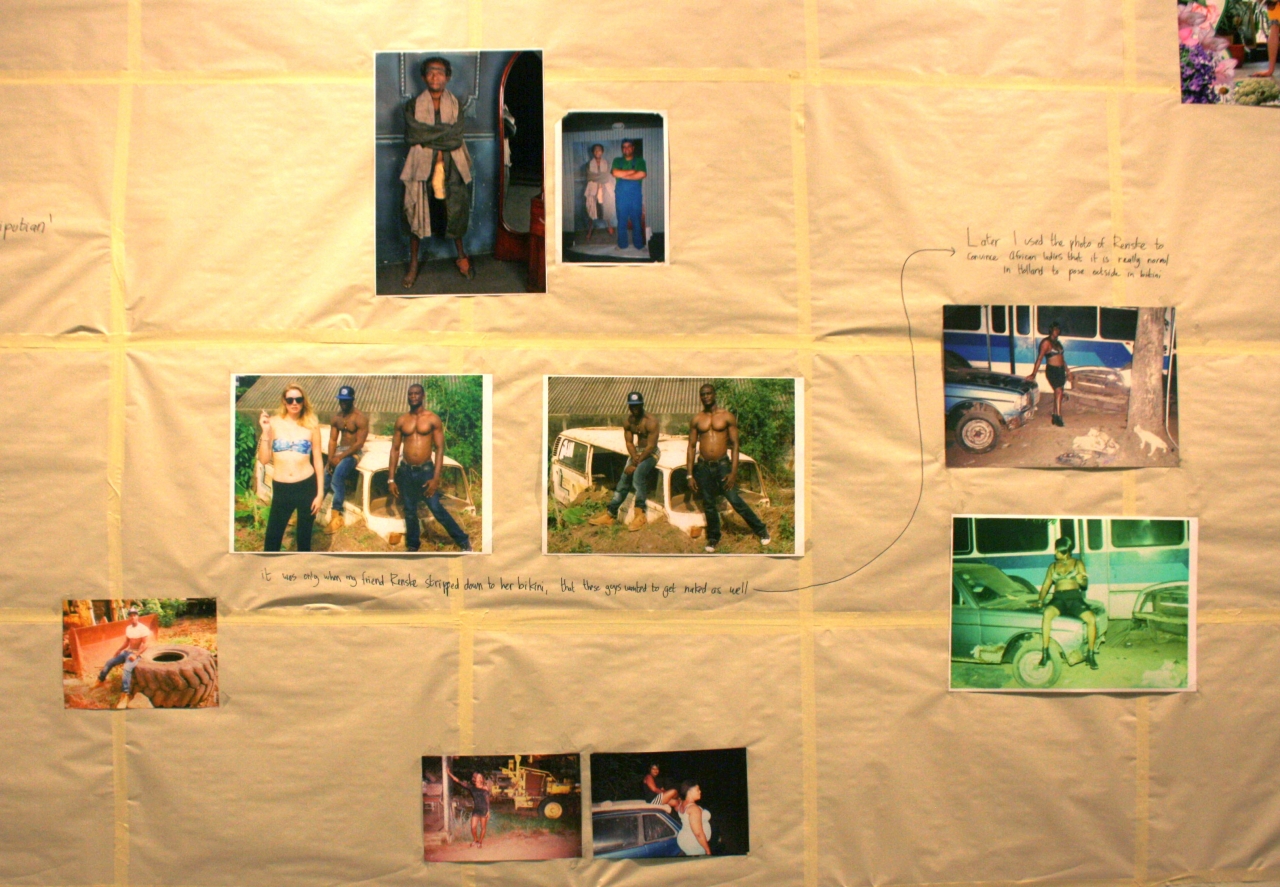 It was only when my friend Renske stripped down to her bikini, that these guys wanted to get naked as well.

Later I used the photo of Renske to convince Africam ladies that it is really normal in Holland to pose outside in bikini. 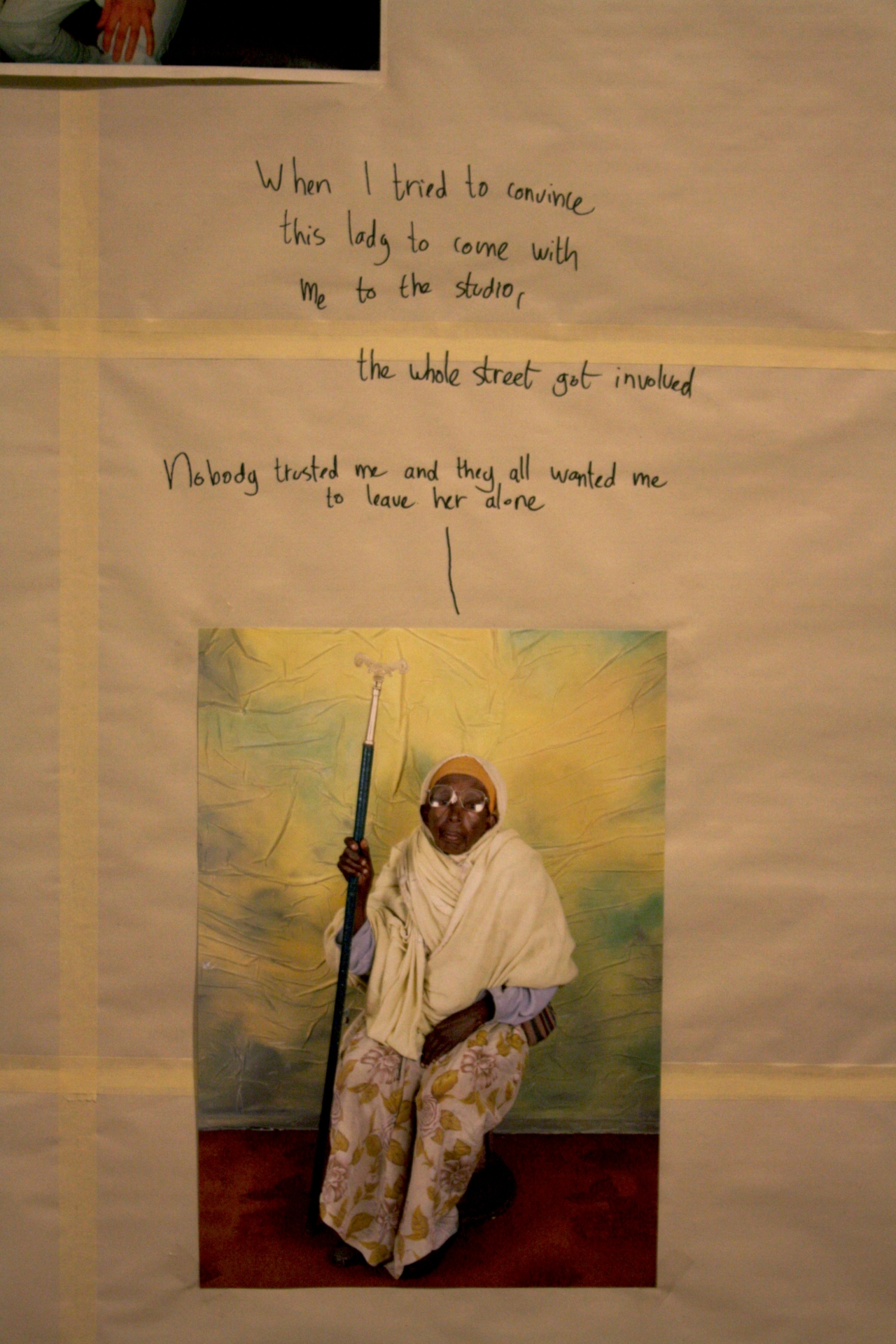 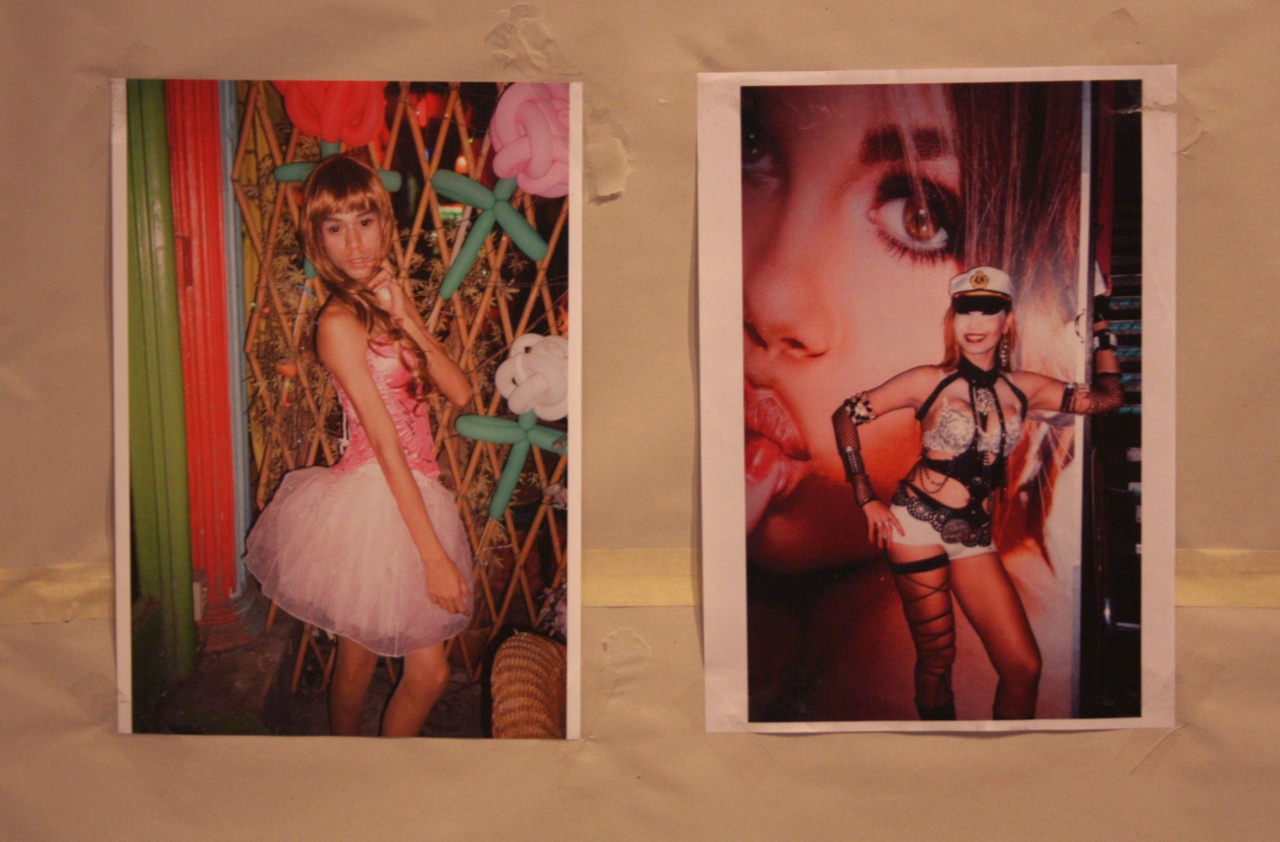 ‘They looked like kings (…) I wanted to make them feel royal.’ 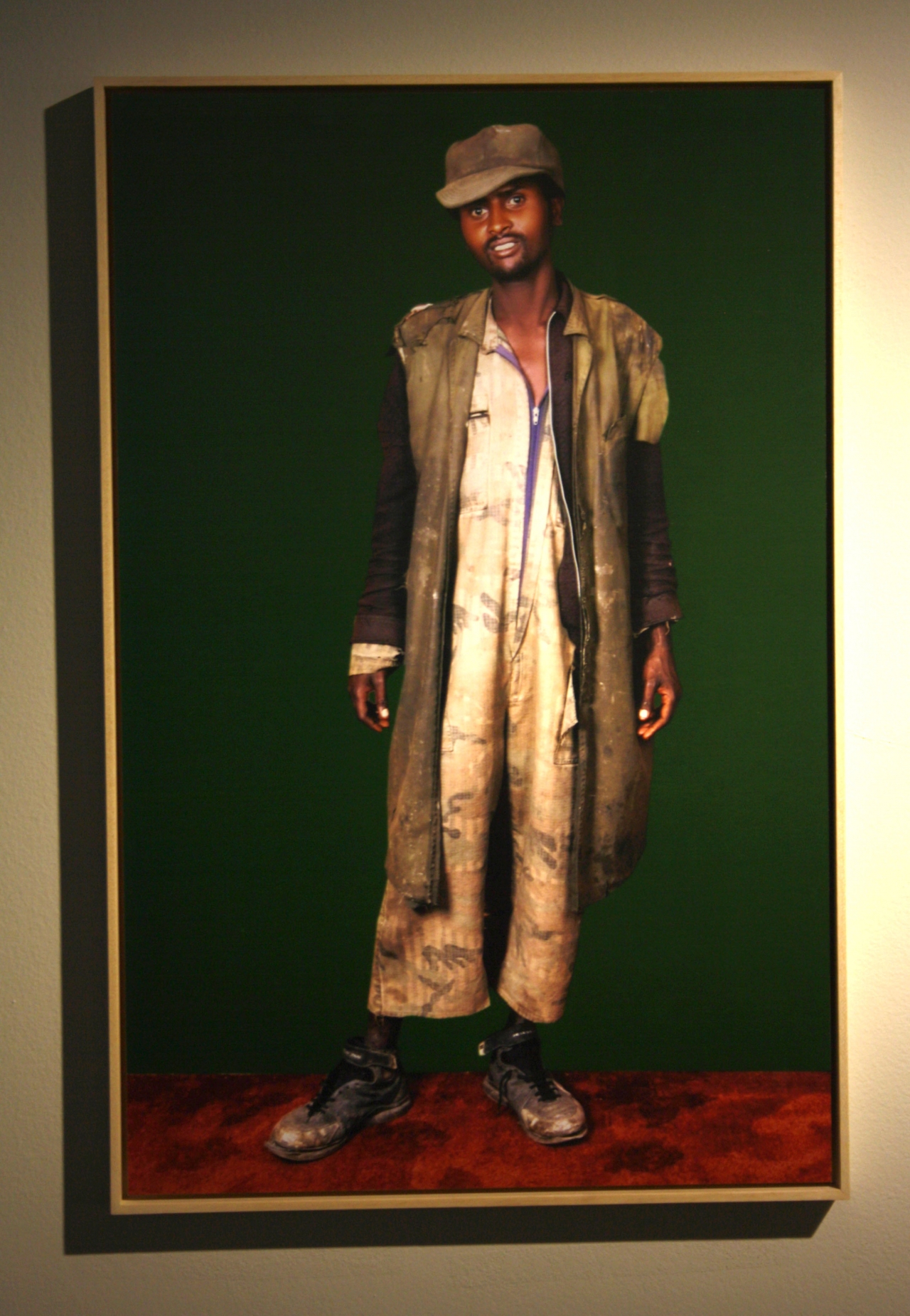 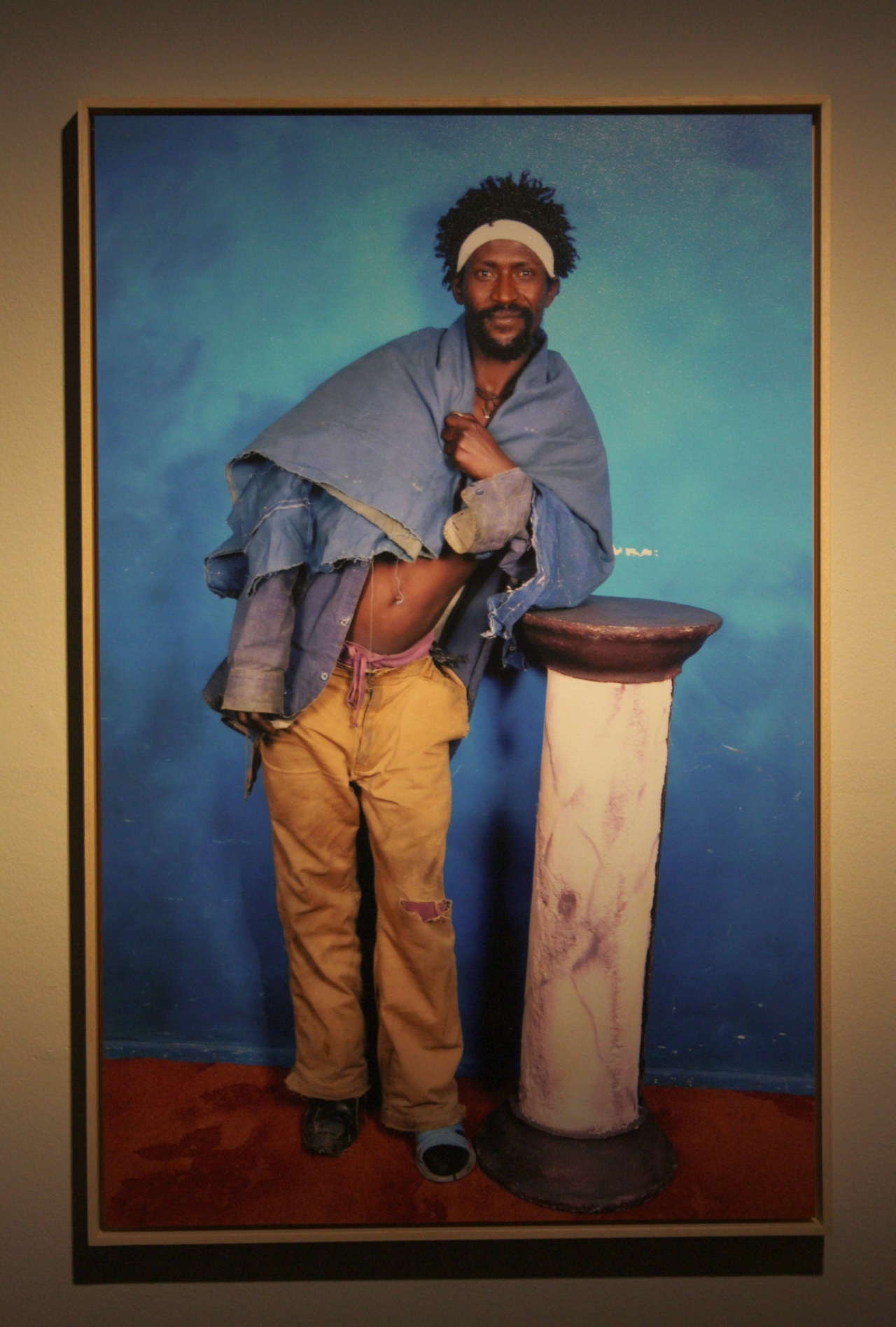 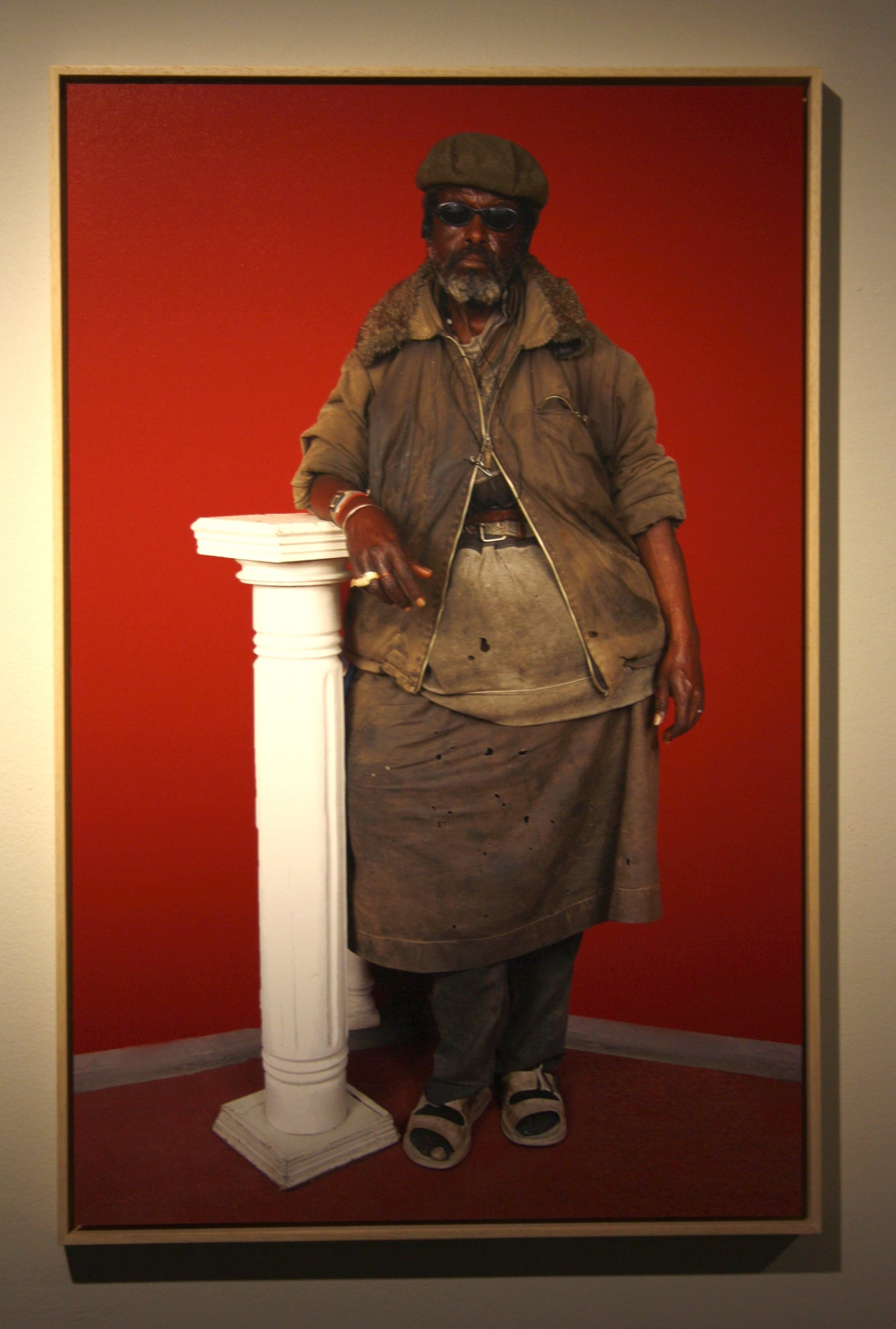 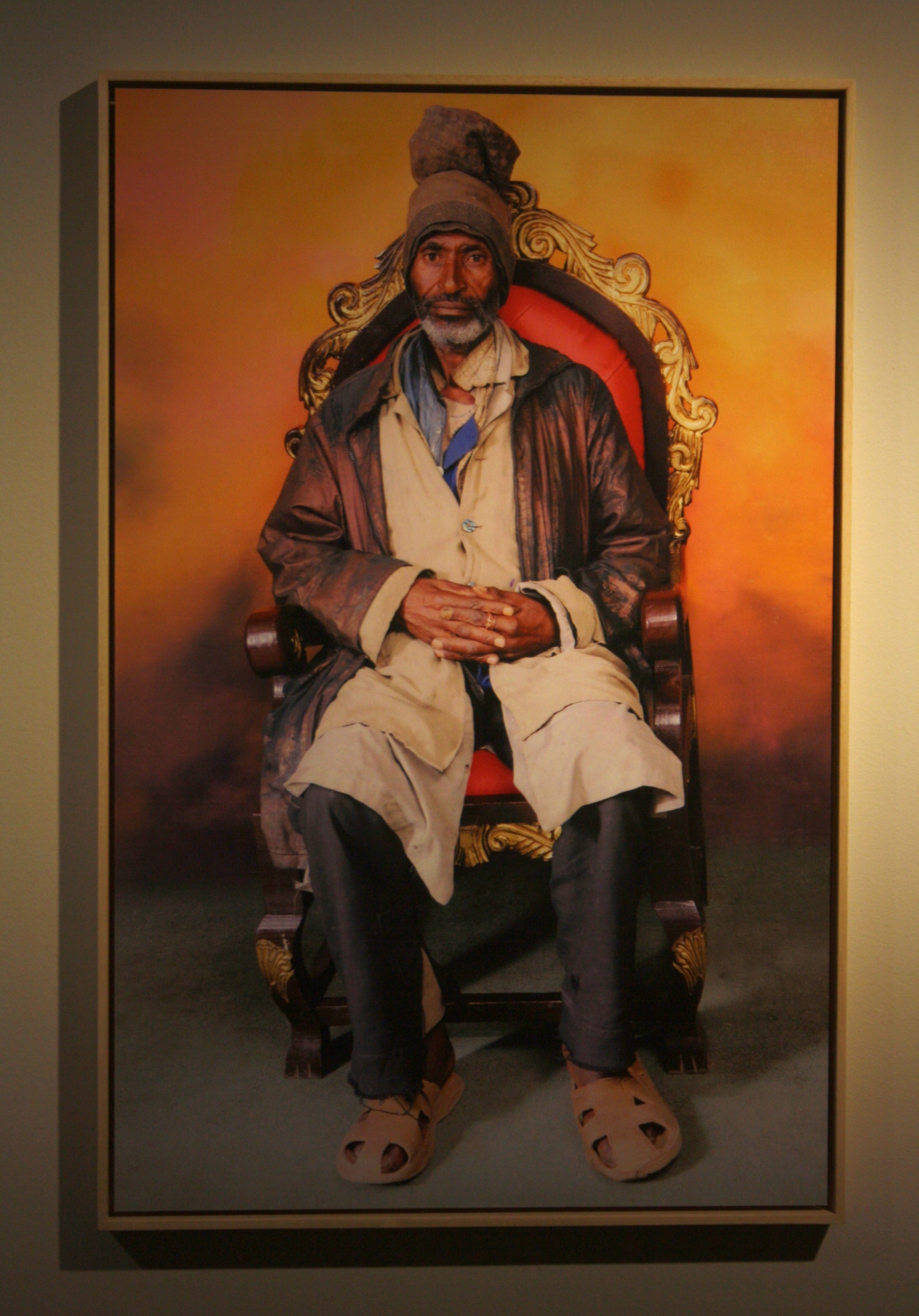 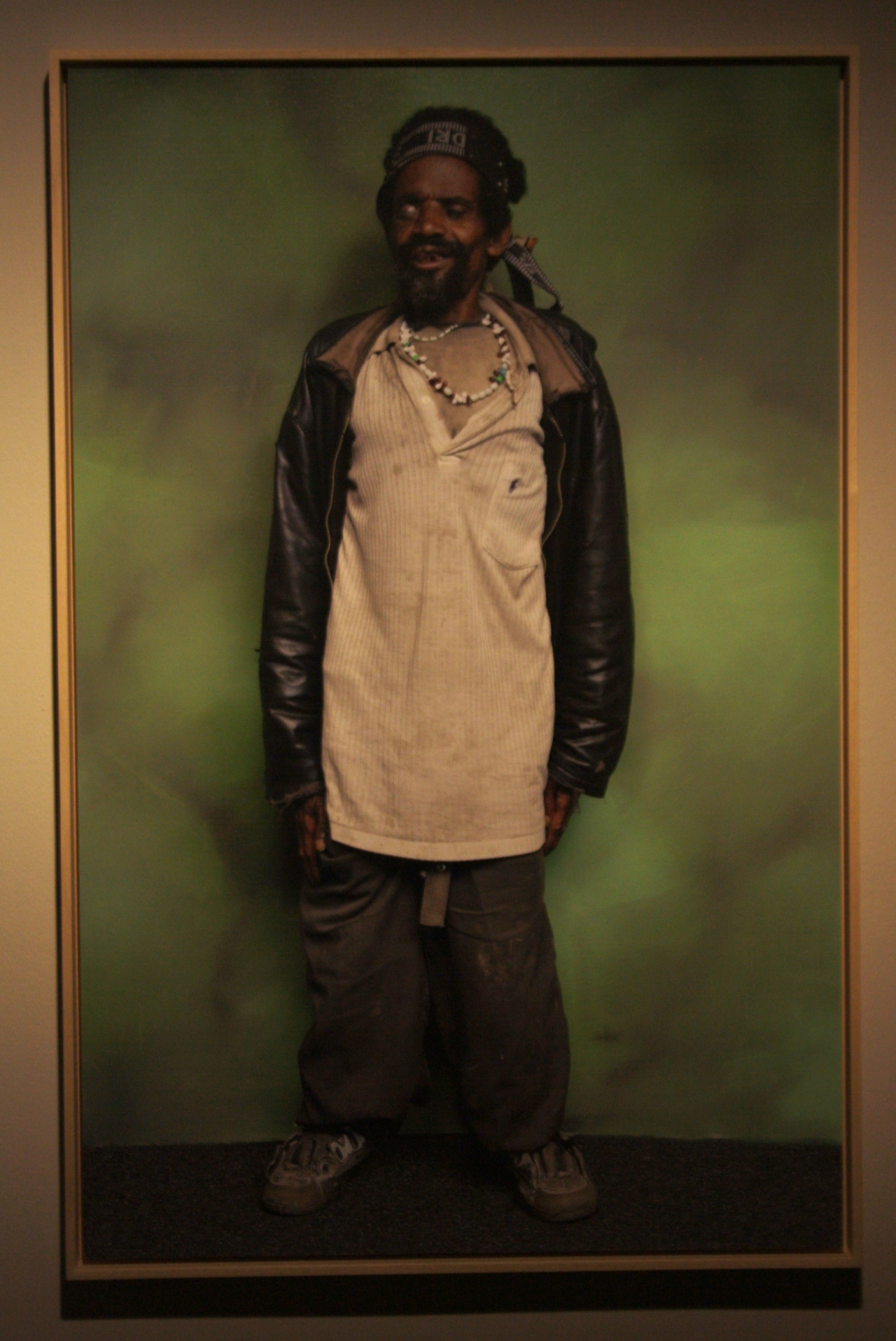 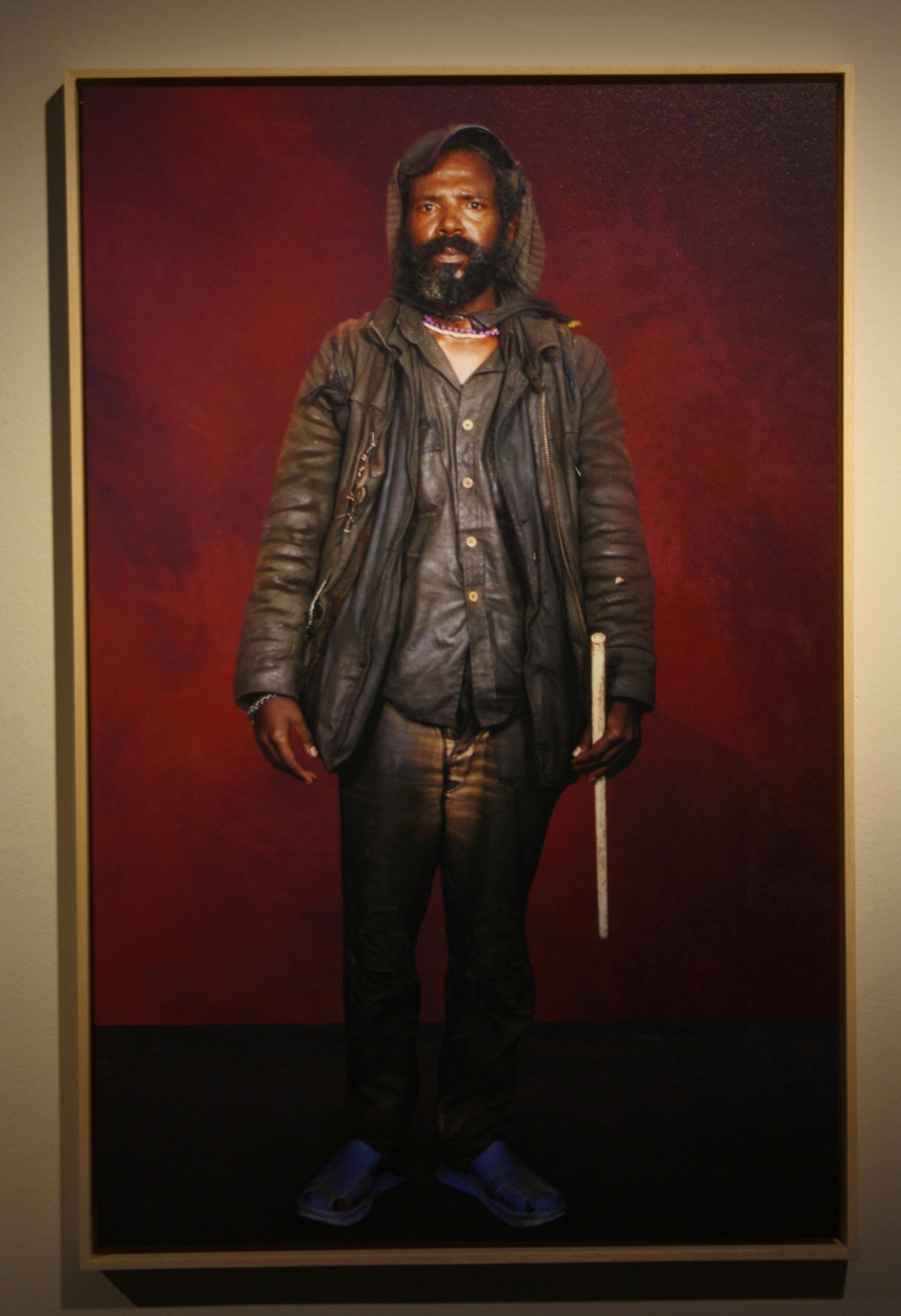 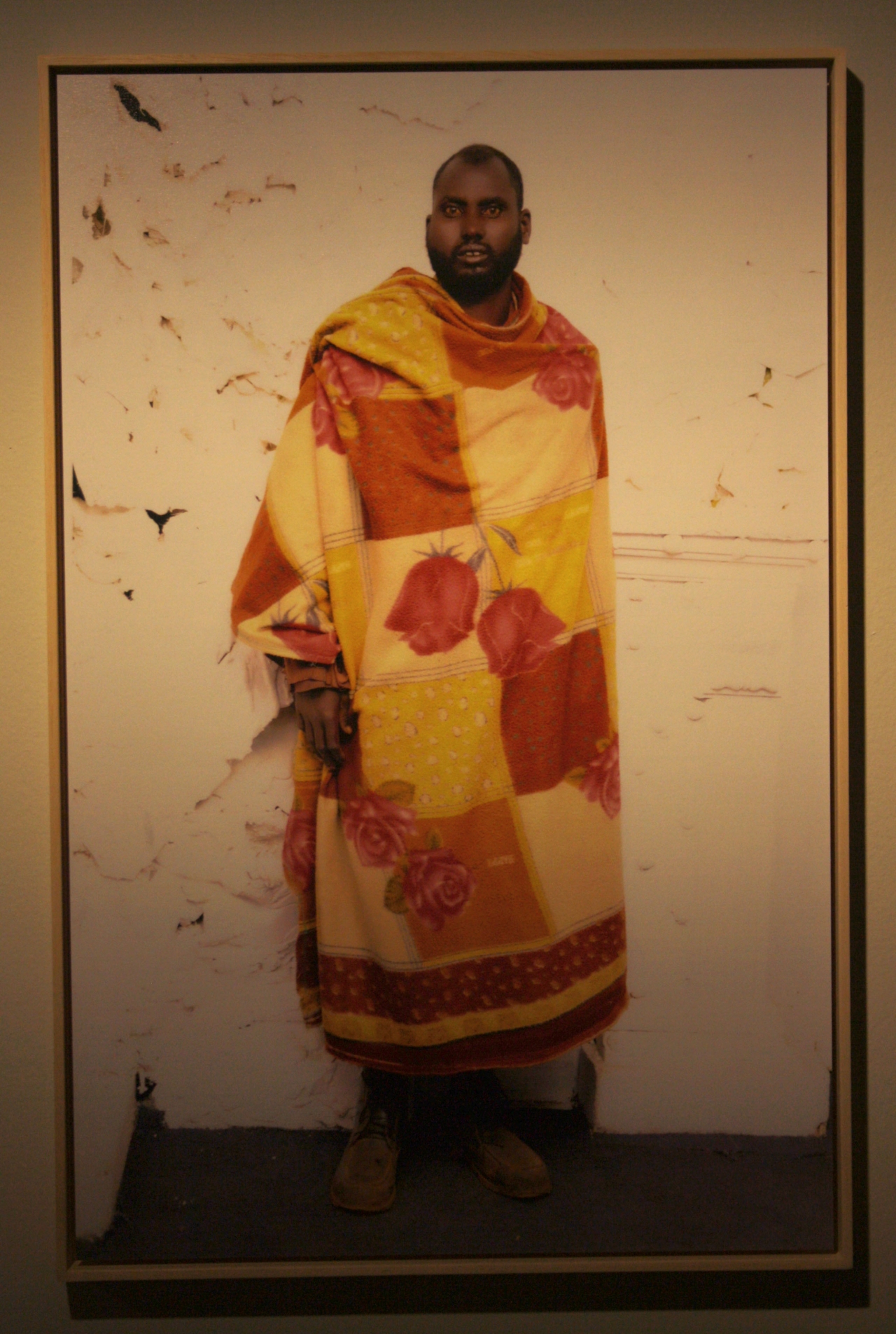 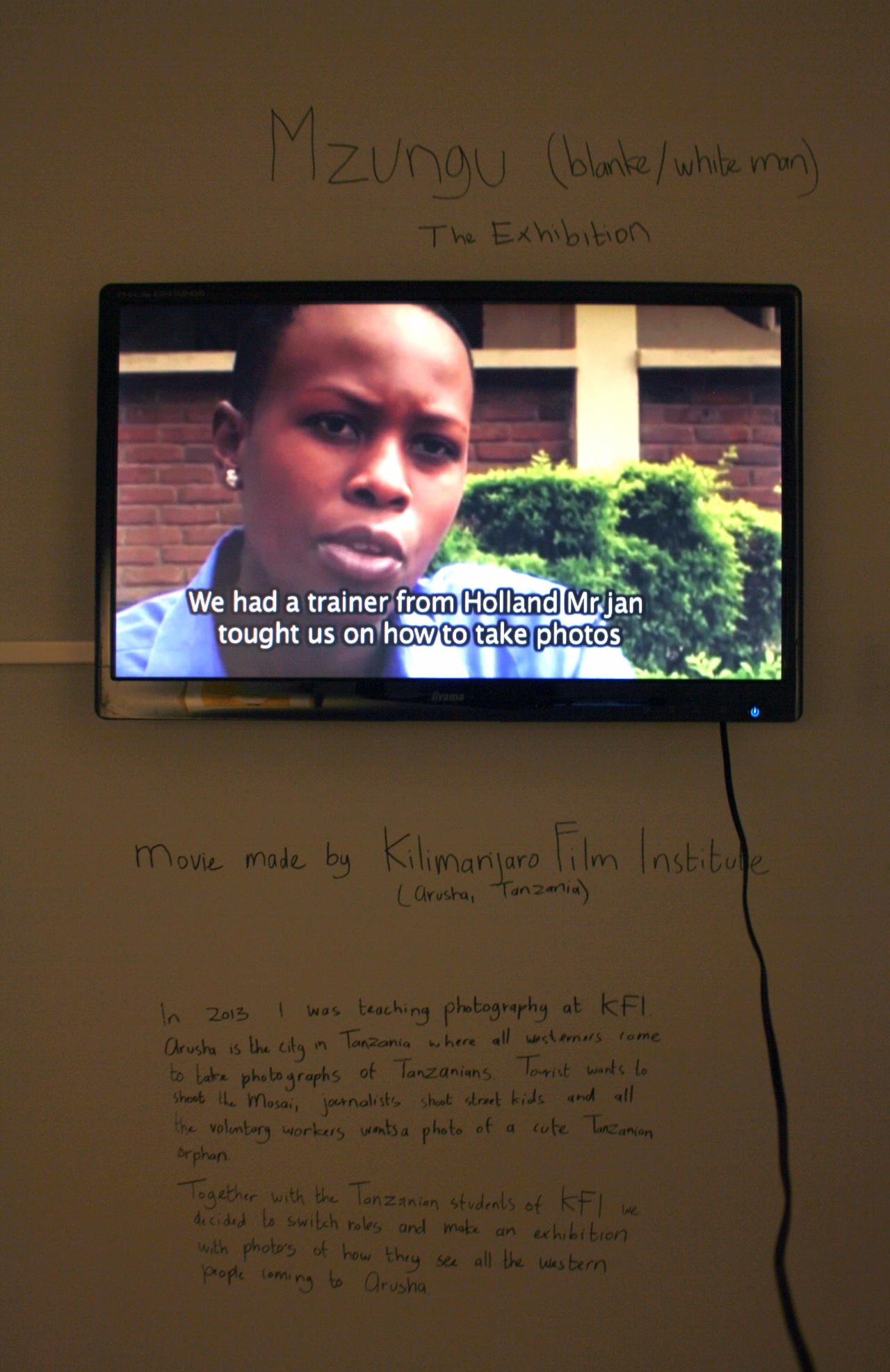 Mzungu (blanke/white man), the Exhibition. Movie made by Kilimanjaro Film Institute (Arusha, Tanzania).
In 2013 I was teaching photography at KFI. Arusha is the city in Tanzania where all westerners come to take photographs of Tanzanians. Tourist wants to shoot the Masai, journalists shot street kids and all the voluntary workers wants a photo of a cute Tanzanian orphan.
Together with the Tanzanian students of KFI we decided to swith roles and make an exhibition with photo’s of how they see all the western people coming to Arusha. 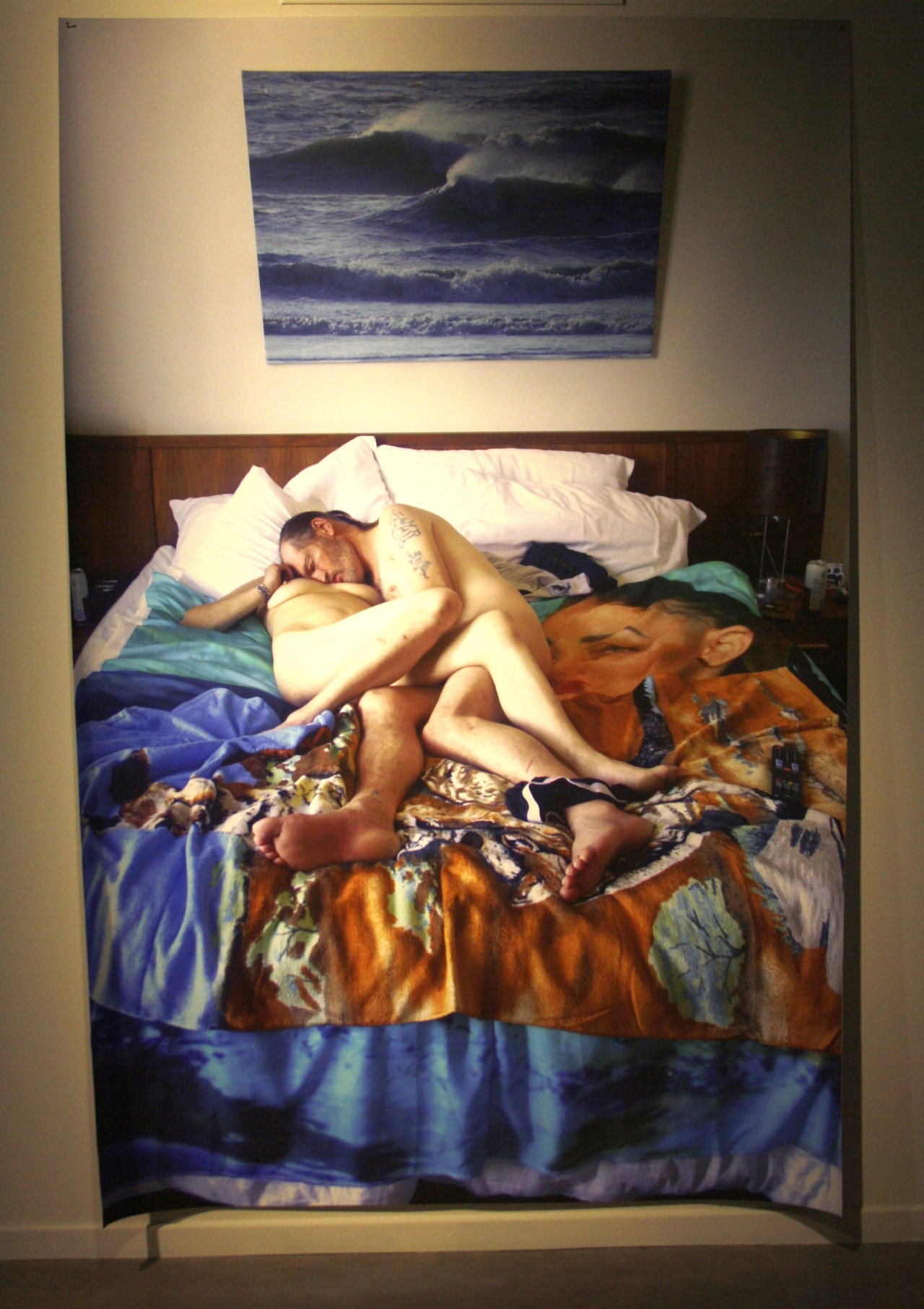 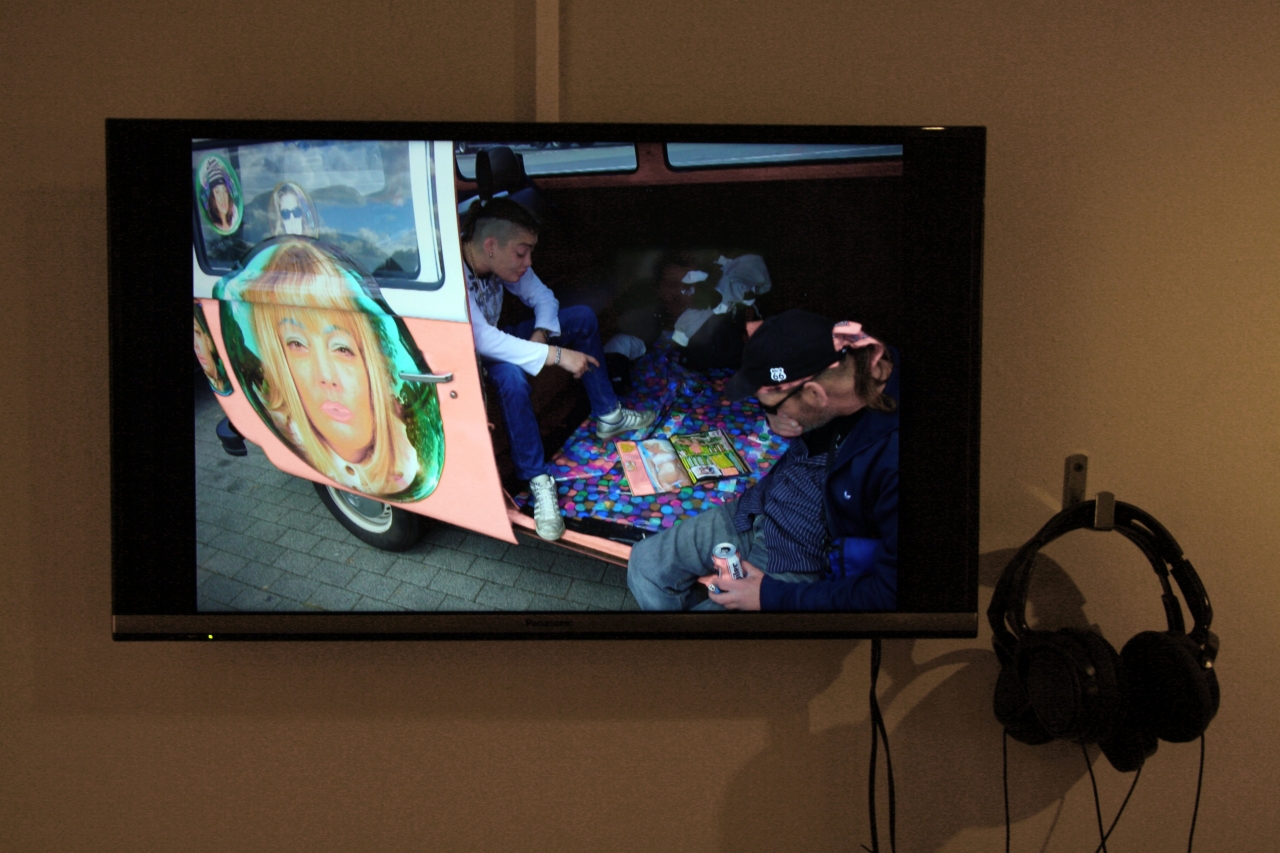