Some weeks ago I got invited to join an exhibition in Yogyakarta, organized by HAUNT collective. It’s an off site group show in a marketplace, that enacts a speculative fiction set in a post-apocalyptic future visually modelled after local wet markets. I have never been in Indonesia and there was no budget to travel there. So I started out by doing some research about the location over distance. Soon I found out about a meteorite which had hit nearby. And I learned about kris daggers, made out of that meteoritic iron – creating extraterrestrial swords from it. From there on I found all kinds of exciting articles about meteoritic weapons, and learned about both real and fictional ones. Perhaps more people have been injured by meteoric weapons than by the actual meteorite coming straight from space hitting people in their way. Having a little collection of meteorites myself, I started imagining what it would be like to hold a sword made out of meteorite – already holding a tiny piece in my hand is such a strong experience- this idea of what exists beyond our planet, made very physical and real. Now I have a bunch of information and pictures on this very specific subject matter, drifting off here and there into alien fantasies and exciting researchers – which I would like to share in this salon.

1: A meteorite that came from somewhere between Mars and Jupiter was seen falling from the sky. It crashed close to the Prambanan temple complex, around 17 kilometer away from Yogyakarta. An iron octahedrite meteorite, weighing around 500 kilogram, had landed on Earth. A large chunk of it was taken to the Sultan’s palace in the year 1797. Here it was preserved, and occasionally heated and sliced up into smaller pieces, for a special purpose:
To make the highest quality weapons, special kris daggers, made from celestial iron.

2: Kris are both a weapon and spiritual object, considered to have an essence or presence. Perhaps related to the long history of animism in Indonesia; the idea that objects, places and creatures possess a spiritual essence. Kris are known for their wavy blades, which represents a dragon or naga in motion. And for their pamor patterns, with silvery highlights against darker tones – the best way to get this pattern is to use iron from a meteorite, for it contains a bit of nickel.

3: In the paper Meteor Beliefs Project: meteoritic weapons*, the kris daggers made from the Prambanan meteorite are used as one example out of many both fictional, mythological and real-world extraterrestrial weapons. Such as the meteoritic iron sword ‘Anglachel’, an inanimate object yet main character in the story The Silmarillion by Tolkien. And an axe connected to ‘the sky-bolt of Anu’ in the Epic of Gilgamesh – this potential meteoritic imagery was already described in this story dating back to 1700 BCE. And still extraterrestrial swords are fruitful soil for fantasy. In the manga series JoJo’s Bizarre Adventure, there is a bow and arrow, Yumi to Ya, made from meteoric iron infected with a virus, it is suggested that the meteorite didn’t strike our planet by chance, but that the meteorite specifically picked out Earth through the will of its many strong spirits.

4: Next to these fictional weapons, the article discusses real-world examples, such as  the ‘Meteor Swords’, celestial weapons from Honshu, Japan. And the iron harpoons and axes from Meteorite Island, made by Inuit for generations. In the article The Use of Meteoric Iron, many more examples are mentioned where the makers seem to have been conscious of the material they used. Already in 650 BCE fallen meteorites have been documented. Many have been chronicled in classic antiquity and recognition of their celestial source led them to be worshipped. In prehistoric Mexico meteorites were considered sacred.  This early on knowledge of the material is reflected in the words for iron around the world, such as an-bar, the Sumerian name for iron, which means ‘fire from heaven’, or Bia-en-pet in Egyptian, meaning ‘thunderbold heaven’.

* Meteor Beliefs Project: meteoritic weapons, by Kristine Larsen, Alistair McBeath and Andrei Dorian Gheorghe, 2011. (http://adsabs.harvard.edu/full/2012pimo.conf..137L) Note:  Kristine Larsen is Professor of Physics and Astronomy at Central Connecticut State University, trained in general relativity and cosmology, her writing is specialized in the history of women in astronomy and uncovering scientific allusions and motivations in works of science fiction

5: Sometimes the real and fictional overlap; the anime ‘space sword’ from Sokka in Avatar,  was copied in real life made from a real meteorite. The meteorite used came from Campo de Cielo in Argentina, which itself has a long tradition of being used to make weapons. Natives have used it for their weapons for a long time, they collected the iron from a place they called Piguem Nonralta (for they had seen the mass had fallen from the sky) -which the Spanish translated as Campo del Cielo, Field of Heaven. This was a huge meteorite, and it’s easy accessible. In Amsterdam you can buy pieces of it at Stenelux starting at €20.
Another strange case of a meteorite that has been used for making very different kinds of weapons over the course of time is the Gibeon meteorite. Which fell in prehistoric times in Namibia, and was discovered by the Nama people who used it  to make tools and weapons. The same rock has been used by knife maker Randy Larsen to produce a dagger, who combined the meteorite with dinosaur bone from the Jurrasic. And by Cabot Guns to create a 100% Gibeon meteorite pistol set, with an accompyning text ‘Man has long looked to the stars in wonder and amazement, and civilizations have oft worshiped at the doorstep of the cosmos. Eyes turned skyward filled the ancients with wonder and awe, continuing to have those effects today. The rocks that came falling from the sky, plummeting violently into the earth after their eons-long journey were coveted for their rarity and material properties. We too, like the men of yore, saw in it the potential to shape earthly perfection from materials of the cosmos.’

6: In documented history, there are quite some known meteorite weapons that have been used to hurt other people (there are even guns made of meteoritic iron). While there is this feeling of danger coming from space in the form of meteorites hitting us on Earth, there are not that many known cases of people being hit by one.
The only confirmed person in history to have been hit by a meteorite was Ann Hodges, who got hit in the thigh by a grapefruit-size piece of rock coming straight from space while taking a nap. This happened in 1954 in Alabama, it is known as the Hodges meteorite, named after the one it hit, and is the first documented extraterrestrial object to have injured a human being.

7: According to the Handbook of Iron Meteorites, of all the iron meteorites that have survived up till 1972, 15 till 18% has been reheated or reworked by humans after arriving on Earth, often completely destroying the meteorite. In places with a higher population density, with more people viewing more of the surface regularly, way less irons have been recovered.
Meteorites hitting the Earth in less populated places have way lesser chance of being discovered, picked up, sliced up, becoming a weapon. Such as the meteorite Y-000593. It formed around 1.3 billion years ago from a lava flow on Mars. An impact on the red planet 11 million years ago ejected the meteorite from the Martian surface into space. The meteorite landed on Earth about 50,000 years ago. And was finally found in the year 2000 by the  Japanese Antarctic Research Expedition on the Yamato Glacier, receiving a name, Yamato 000593.  The meteorite is further researched at NASA’s Jet Propulsion Laboratory, because Yamato 000593 seems to be containing  traces of alien life, microscopic burrows and spheres that resemble the marks microorganisms leave when they eat through rocks on Earth.

8 & 9: I have never witnessed a meteorite falling, but I have seen youtube videos of the Chelyabinsk meteor coming from the sky as a fireball, crashing down in the year 2013. It is so impressive, beautiful and frightening, it’s easy to imagine that people who see this happen and later found a rock where it crashed, would give a special significance to the material, and it’s easy to think objects made out of it will something special, magical, powerful. When I saw a tiny piece of the Chelyabinsk meteorite in a store here in Amsterdam a year later, I bought it immediately. To have an object in my hand of which I know it’s coming from the asteroid belt between Mars and Jupiter (just like the Prambanan meteorite), and I saw it flying through the atmosphere and crashing on Earth on youtube (just like some people saw the Prambanan meteorite crashing), feels very powerful and poetic. Imagine holding a kris made out of Prambanan meteorite, or a Y-000593 dragon in motion. 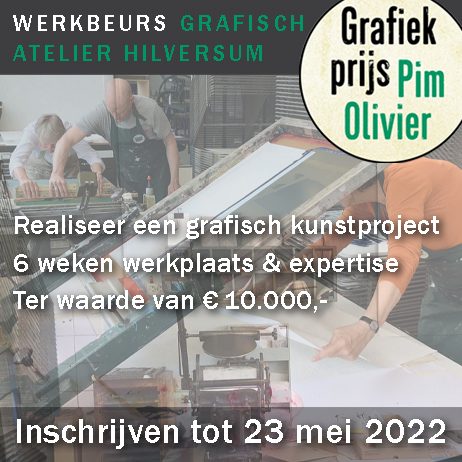